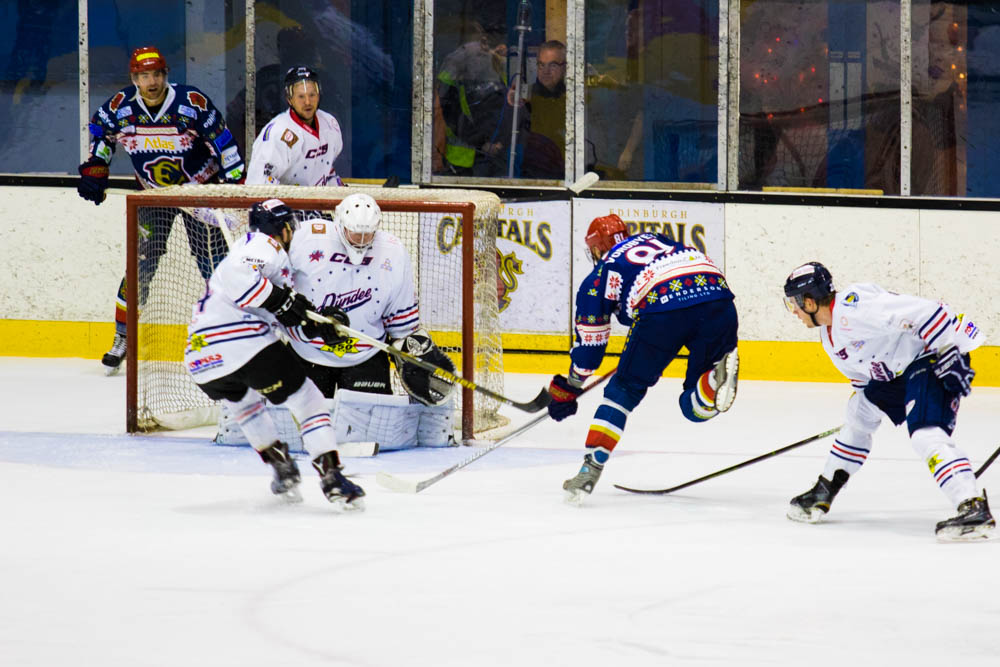 D’Orazio, Edinburgh Capitals’ popular Ontario-born player, is, however, known for his thirst for knowledge as the 27-year-old combines being a key man on defence while continuing his studies at one of the city’s universities.

And so he knows what to expect as Capitals square-up to Clan in the semi-final of the inaugural Scottish Elite Cup at Murrayfield tonight (Saturday, face-off 5.30pm).

And he was useful. The Canadian shored up the club’s defence as well as scoring eight goals and helping set up 21 other strikes in 48 appearances.

And the 48-year-old has used his knowledge to include several Russian players in the squad.

They are currently getting used to a new culture, a new hockey culture as blending with their new team-mates.

D’Orazio said: “Having more games before the regular season is good for the guys, especially with all the new faces we have in the dressing-room.

“We have a new coach as well so we need time to learn a new system and tactics.”

He added: “We come to training to work. We’re train at high-tempo and we have bike and gym sessions.

“You do the work in the beginning and hopefully it pays off in the end. It is definitely more professional.”

D’Orazio admitted that language can be a barrier but Capitals are fortunate that several player can speak English and Russian and, of course, the new coach speaks both languages after his lengthy spell in North American hockey.

The player added: “Of course, there is also sign language and it’s not been too bad.

“Guys have been playing hockey for some time and once you are on the ice the guys feed off each other whether we speak the same language or not.”

On Clan, he said: “I was at the game they played against the University of Manitoba but it will be a learning curve for us and all teams as there are a lot of new guys in the Elite League this year.”

The other semi-final on Saturday features Dundee Stars and Fife Flyers (face-off 2pm) and the Tayside team’s coach, Omar Pacha, could have Canadian forwards Patrick Lee and Marc-Olivier Mimar making their debuts. Their arrival has been delayed because of red-tape.