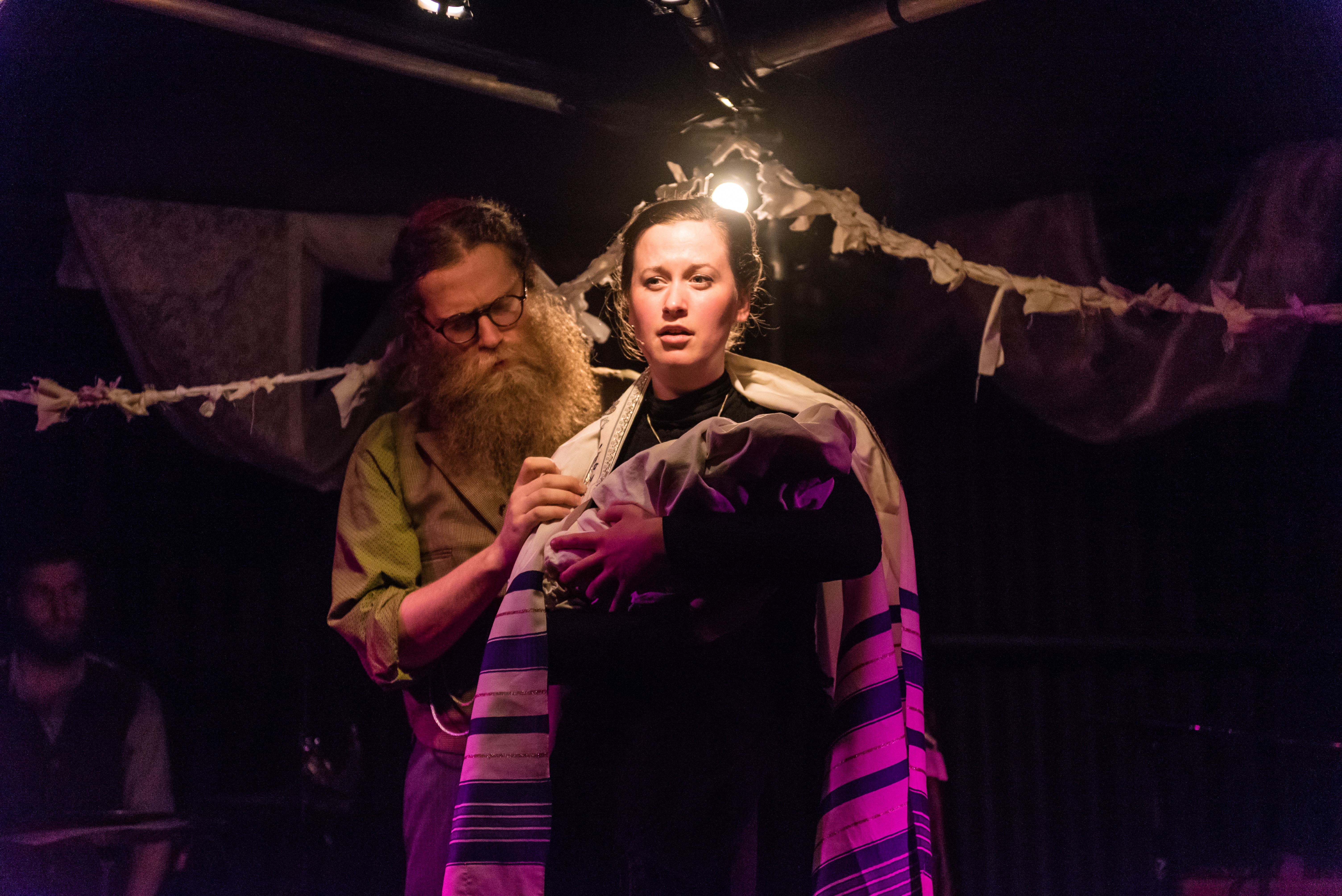 Ben Caplan weaves the central love story together with dark wit and seething energy as The Wanderer. There are echoes of the grainy-voiced black humour of Tom Waits as the singer-songwriter, sometimes playfully at others funereally, helps to revivify the paternal family of the playwright Hannah Moscovitch who, like him, hails from Halifax, Novo Scotia.
But it is not a one-man show. Chris Weatherstone and Mary Fay Coady play Chaim and Chaya, the central couple, with sensitivity and conviction. The music (with most songs written by Caplan and the director Christian Barry) is superb, with Minimum Intervals one of the standout numbers. In it, Weatherstone and Coady, on clarinet and violin respectively, are joined by Graham Scott on accordion and Jamie Kronick on drums as they reach a frenzied crescendo to echo the couple’s lovemaking.
While in Now is the Quiet, Kronick’s tip-tapping on the drums and Scott’s occasional tinkling of the piano brilliantly conjure up a rainy backdrop to a lullaby. Sublime.
CanadaHub @ King’s Hall in association with Summerhall