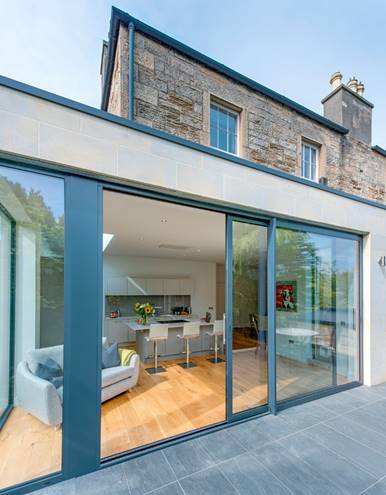 Edinburgh firm True Build has won the Small Renovation Project award at the Federation of Master Builders’ (FMB) Master Builder Awards for an extension on a traditional stone building dating back to the 1900s.

The project evolved to include a number of major internal changes, including the addition of two new bathrooms.

Technically challenging and complex, it involved the removal of the rear and side corner of the building and the introduction of huge beams weighing over a tonne each.

These had to be man-handled through a restricted access point and then installed by hand because the space was too small to house a crane.

Not only did the build prove more difficult than had been imagined, it was also an emotional time for the family business as director Paul Dempsey lost his father but didn’t stop them from completing the award-winning project on time and on budget.

Brian Berry, chief executive of the FMB, said: “This build goes to show what can be achieved when all parties are flexible and brimming with determination.

The outstanding feature of this construction is the cantilevered, frameless glass corner of the extension, which gives this old building a highly effective and eye-catching contemporary twist.”

The firm were presented with its award by Nick Knowles, TV presenter and building enthusiast, in London.