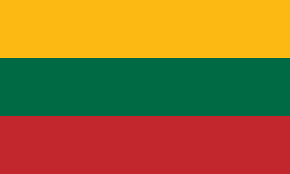 Hibs duo Deivydas Matulevicius and Vykintas Slivka have been called up for the Lithuanian national team for their upcoming matches.

Matulevicius and Slivka hope to play in the FIFA 2018 World Cup qualifying matches against Scotland in Lithuania on Friday 1 September, before playing away to Slovenia on Monday 4 September.

Matulevicius, 28, has 33 caps to his name for Lithuania so far and will be looking to help his national side finish their campaign strongly.

Midfielder Slivka has amassed 19 appearances for his country, establishing himself as a key component of the team after making his debut in June 2015 against Hungary.

The game between Lithuania and Scotland will see Matulevicius and Slivka go head-to-head against their current team-mates Steven Whittaker and John McGinn in the game at the LFF Stadium in Vilnius.