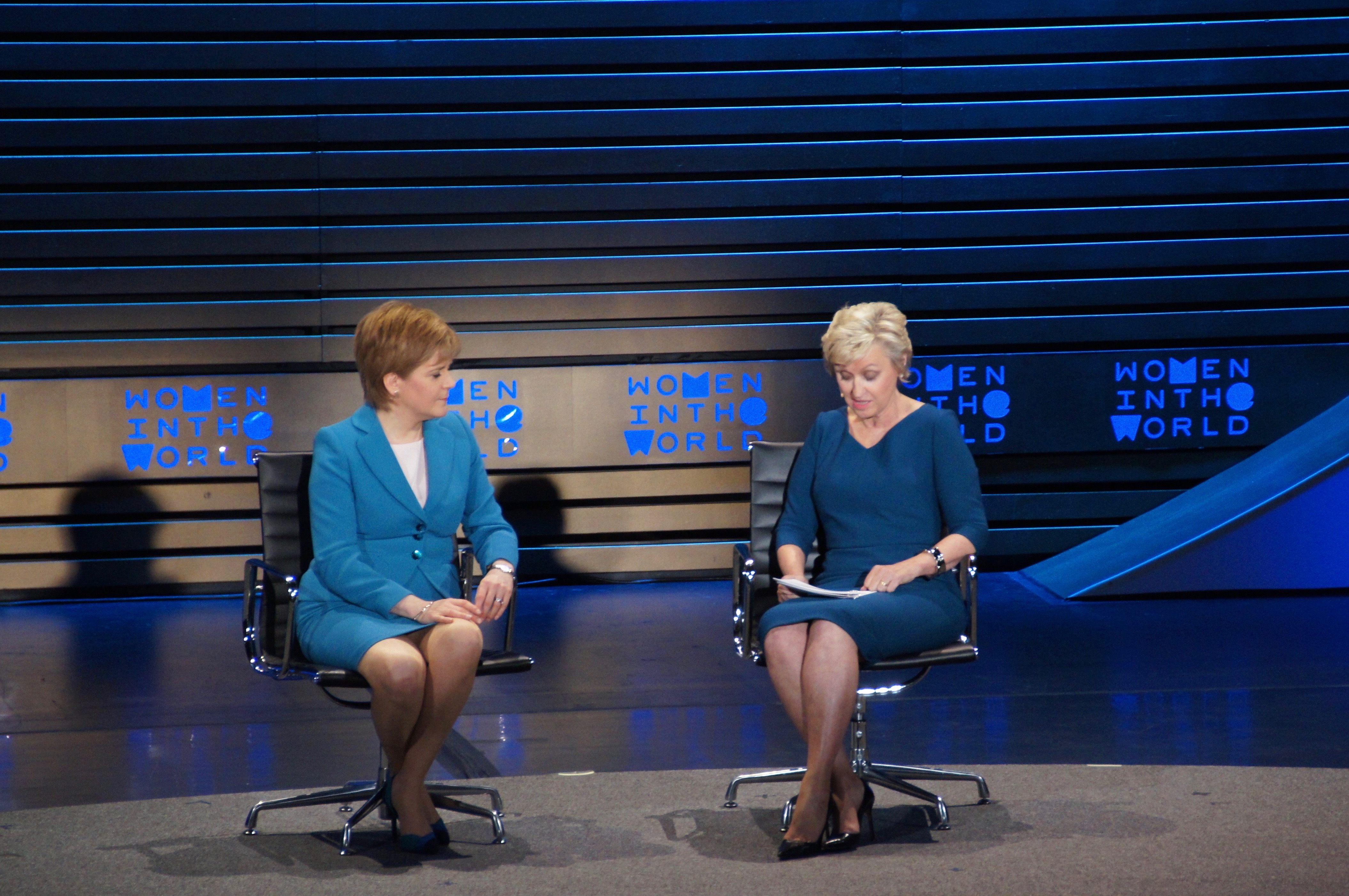 First Minister Nicola Sturgeon will interview journalist and equalities champion Tina Brown at this year’s Beyond Borders festival on Sunday.

The interview follows former Tatler and Vanity Fair editor Tina Brown interviewing the First Minister at the Women in the World conference in New York earlier this year. The Edinburgh Reporter was in the audience of some 3,000 women and around 400 members of the press when Ms Sturgeon was announced as The Queen of Scots.

The two women will discuss the importance of equality and the challenges facing women in public life and in the media.

At the Beyond Borders Festival at Traquair House in Innerleithen, the First Minister will also meet recipients of the Women in Conflict Fellowship, a Scottish Government funded initiative delivered through Beyond Borders which trains women from war-torn countries in peacekeeping. It was set up following the invitation of Staffan de Mistura, ‎the UN’s special envoy for Syria‎, to run a successful programme for his Women’s Advisory Group appointed to advise him on issues relating to the Syrian Peace Process. The First Minister said: “I’m really looking forward to turning the tables on Tina and having the opportunity to get her take about some of the issues that affect women nowadays.

“Our discussion in New York earlier this year gave me food for thought about some really difficult issues around media portrayal, workplace inequality and the glass ceiling.

“Both Tina and I are passionate about gender equality and I am really pleased that we are having the chance to discuss these in depth in a public forum –this time on home turf for me.”

Mark Muller Stewart QC, founder of Beyond Borders, said: “We are delighted to welcome the First Minister back to Traquair but this time to the interviewing chair in what should prove to be a fascinating encounter with Tina Brown. We also thank her for her sustained support of Beyond Borders international programme more generally.

“This weekend she will also meet female peacemakers and builders from the sub-continent and the Middle East as part of a Beyond Borders 1325 Peace Fellowship Programme funded by the Scottish Government and supported by the United Nations.”