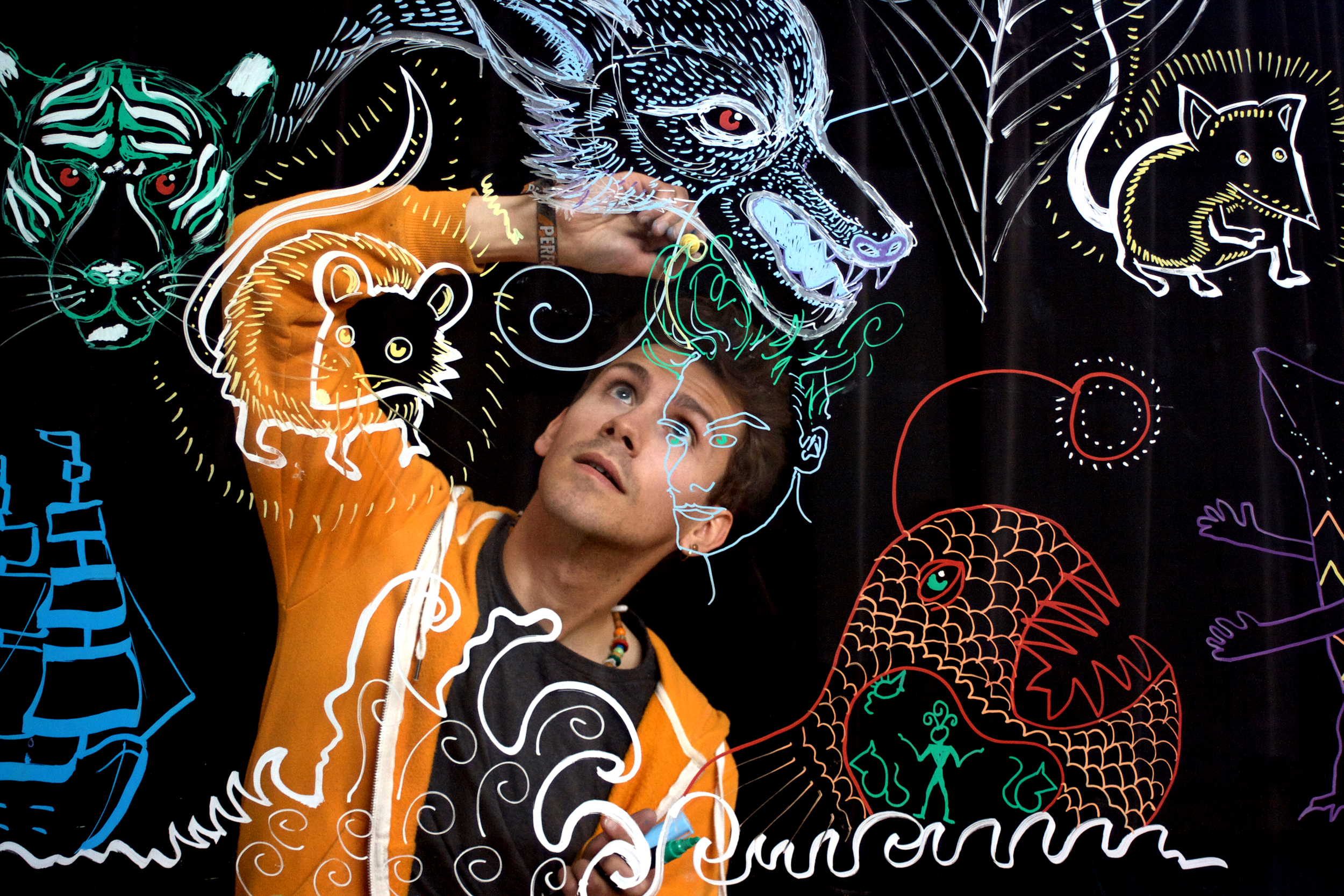 Hero is an uplifting show that uses fantasy to address issues about anxiety, depression and learning to live with sad thoughts. The show follows the adventures of Cavalier, a young boy plagued by
nightmares, who lives at sea on a ship that never moves. Hero celebrates creativity and storytelling as a method of confronting difficult emotions.

Hero is the second collaboration between artist/performer Georgie Mac and director/writer Eve Nicol. The pair previously unleashed their children’s show The Undiscovered Creature at Imaginate and Belladrum festivals in 2016.

Georgie Mac, creator and performer of Hero said : “I’m excited to share my love of drawing with audiences. There’s something special about sharing a fantasy story that tackles tricky human emotions in such an imaginative way. Hero makes plenty of room for emotional reflection, without shirking on creative expression, and I can’t wait
to bring it to a family audience at the Edinburgh Festival Fringe.”

Hero plays as part of PBH Free Fringe for the duration of the Edinburgh Festival Fringe.

Heroes Theatre are a Glasgow-based company who showcase the words of the greatest modern playwrights and bold new voices to explore the dark and difficult parts of being human.