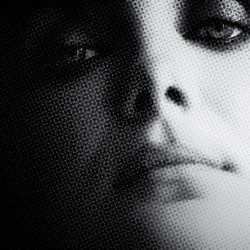 If you want to know how the opening night of Christine Bovill’s 10 night residence at the New Town Theatre went, then let’s start at the end. The audience gave her a standing ovation.

And it was so very well deserved. Christine is a singer of real, raw talent with a distinct repertoire of French songs in this show, Paris. Some of these are sung in French, and some in English, but all will delight you. One of my own particular favourites is that made famous by the Everly Brothers, Let it Be Me, and which was made very special in Christine’s able hands. She makes these technically difficult songs sound very easy to perform, using the full range of her voice which appears to get better each year.

We last saw her in the Famous Spiegeltent when it took centre stage on George Street, but the New Town Theatre offers a good alternative venue. It makes the show quite different than performing to an audience all around you, but Christine makes this space work and you find yourself in a Parisian nightclub.

This is the one show that we recommend you do not miss in this year’s Fringe. Take yourself to Paris with Christine Bovill leading the way.

It was in the Famous Spiegeltent that she once shared the stage with Edith Piaf’s friend and composer Charles Dumont, and it is held dear in her heart.

With a bare set and just a pianist, Michael Roulston, to accompany her, Bovill offers a warm welcome to her France and the chansons francaises she loves. She is very relaxed in this world, but told us earlier that she is very focussed when performing. She is quite caught up in the moment, giving every song a great deal of attention and energy.

From La Vie en Rose to La Mer some of the songs move seamlessly from one language to the other almost without you noticing.

Christine studied French but taught English at secondary school before her musical career gained precedence. She is of course no stranger to the Fringe where I had seen her Piaf show before. The current show features songs by Charles Aznavour, Gilbert Becaud, Charles Trenet and Jacques Brel. There are smatterings of Piaf throughout the Paris set too, but if it is only Piaf you are after then you have to go to one of the two Sunday night shows.

There is a story told about each song, something which comes naturally to the sparkling Glaswegian, and you will learn a little more than you arrived with. And you will leave with joy in your heart from the beautiful music you have just heard.

Christine has honed her own songwriting skills over recent years, winning the Glasgow Festival of Songwriting, although none of those feature in the Fringe show. You will have to resort to buying a CD which are available after the show.