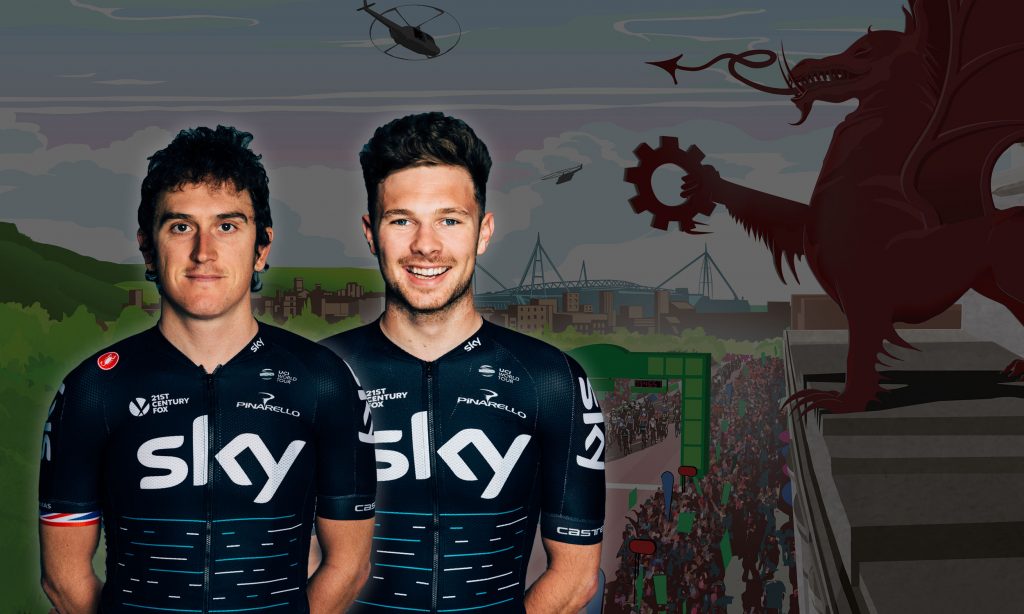 Geraint Thomas, who won the opening stage of this year’s Tour de France, is set to be part of the line-up for the OVO Energy Tour of Britain which starts in Edinburgh on Sunday, September 3.

Welsh-born Thomas will make his return from injury in the race and makes his first appearance in Britain’s national tour since 2011 when he won the Points Classification.

The Team Sky rider said; “It’s always great to be able to race in front of home fans, so I’m really looking forward to the Tour of Britain.

“I haven’t had the chance to race at home much in recent years but the atmosphere at London 2012, then in the home stages of the Tour de France and Commonwealth Games in 2014, has always stayed with me.

Owain Doull is also in the race and he finished third overall and won the Points Classification in the 2015 Tour of Britain.

Like Thomas, he is excited by the prospect of finishing the race on September 10 in his home city of Cardiff.

He said: “’I can’t wait to be back racing in the UK, especially with the race finishing in my hometown of Cardiff.

“This will be my fifth time racing the Tour of Britain and my first time racing with Team Sky so it will be an even bigger event for me. The crowds just seem to get bigger every year, so it’s a race I really look forward to.”