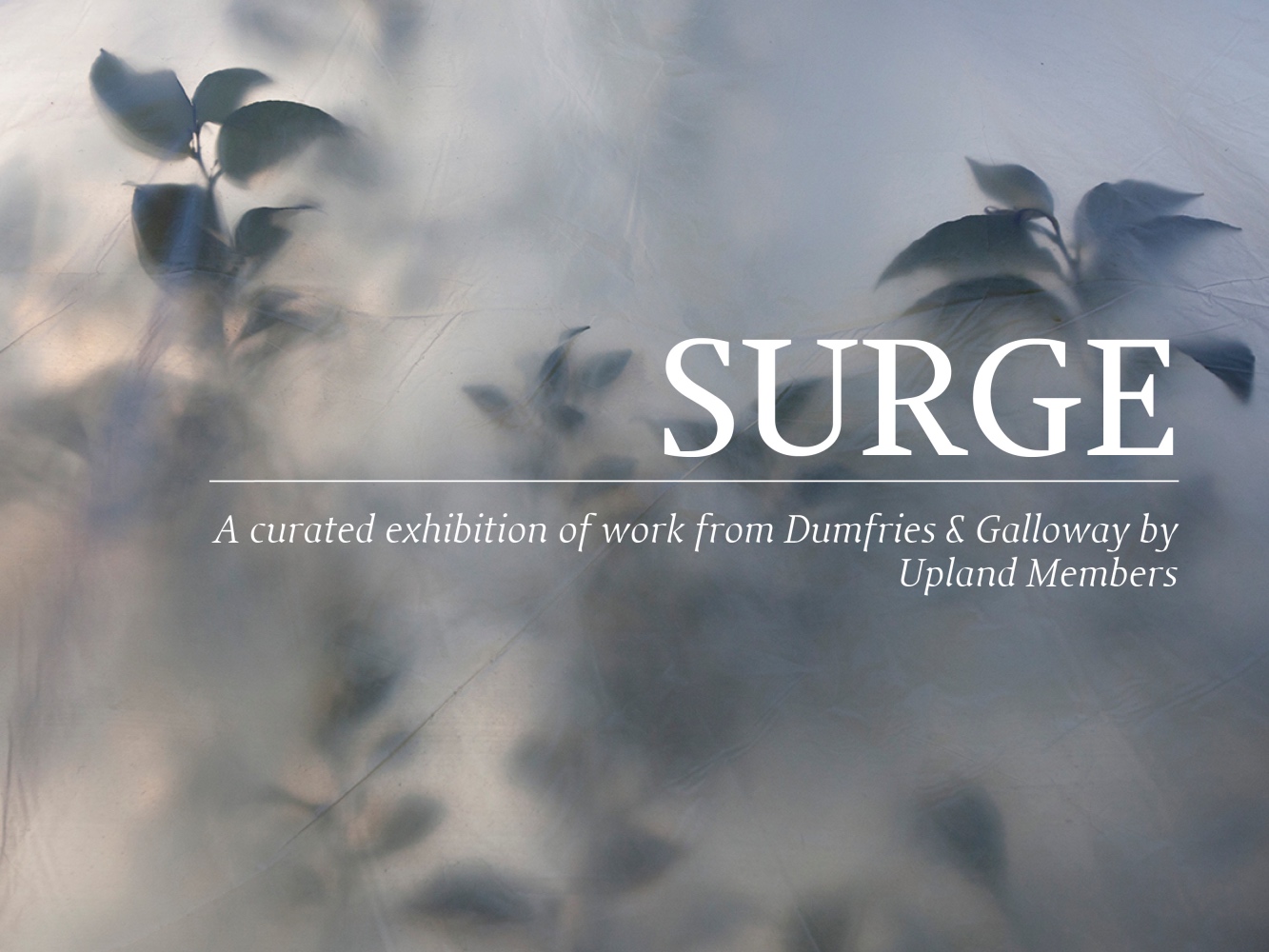 Upland a young arts development agency from Dumfries and Galloway presents new work by a dozen established and emerging artists and makers from the South West of Scotland at Patriothall Gallery in Stockbridge. Surge, an exhibition of contemporary and experimental art from one of Scotland’s most rural regions, opens next week in Edinburgh.

Intended to underline the diversity and freshness of art and craft from Dumfries and Galloway, contributors include established national and international painters like Amy Winstanley, Bea Last and Aspect and Threadneedle prizewinner Patricia Cain.

Surge is Upland’s first exhibition and is on at Patriothall Gallery from 2 to 10 September.

Joyce Woodcock, Upland Interim Director, said: “The emphasis is on new works by all the artists involved and shows how they are pushing forward with new ideas and new mediums.

“It emphasises that rural does not necessarily mean traditional.

“The hallmark of the creative community in Dumfries and Galloway is its diversity. It’s a real pleasure to be able to present an exhibition full of fresh and experimental work by an exciting mix of established and emerging artists and makers.”

Upland CIC which grew from Spring Fling an open studios event, was established two years ago as an advocate for artists and makers in Dumfries and Galloway.

The exhibition catalogue foreword has been written by Dr Tina Fiske who has been based in Penpont for more than 10 years. Until April 2016 she was a Lecturer in Contemporary Art and Curating in the History of Art department at the University of Glasgow.

Dr Fiske said: “Some of the works included in Surge feel like arrivals, others departures. Collectively, they speak of Dumfries and Galloway as an increasingly dynamic context for practice.

“Upland’s developmental insight into that context has lent itself well to curatorial instinct – it understands that it is the works themselves that make the argument for this exhibition.”

Some of those taking part will be moving beyond their usual areas of practice to – including Bea Last whose contributions follow her 2016 Cove Park residency.

Ms Last said: “My practice is process-led and this new work is a result of time spent at Cove Park on a visual arts residency. I am exploring what I refer to as ‘sculptural paintings and drawings’, to challenge our perceptions of painting and through them to question our relationship and placement in society locally, nationally and globally.”