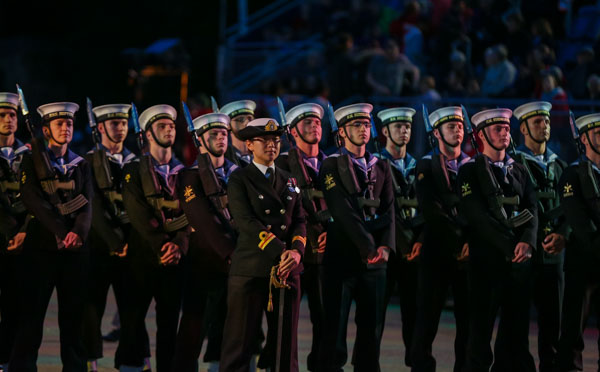 The sights. The sounds. The smells. Somehow take on a different perspective – and intensity – when you’re in amongst it all. The ER were there, on the floor to bring, hopefully, some of the atmosphere from the opening performance of this year’s Royal Edinburgh Military Tattoo.

This year’s event had a Nautical theme with the central ‘characters’ being the Royal Navy’s two, new aircraft carriers.

Started a bit late and finished a lot late. So late, that my thanks are due to the boss, who kindly returned me to Ingliston Park and Ride and saved me from a long walk and being being even later…….. Enjoy.