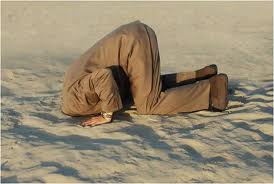 A week after kicking off their 2017/18 season, Hearts played their third game in eight days when they took on League Two side Peterhead in the ‘Blue Toon’ on Tuesday evening. And the Maroons produced an abject performance and lost to the team demoted to the bottom league last season when McAllister converted a last-minute penalty to secure a famous win for the north-east side.

Hearts Head Coach Ian Cathro made one change from the team that defeated East Fife at Tynecastle on Saturday – John Souttar was replaced by Krystian Nowak.

Normally, The Edinburgh Reporter likes to give as much detail as possible on Hearts games. But, in keeping with the level of effort put in by those in maroon on Tuesday evening, all I can say is Brown opened the scoring for Peterhead in the 6th minute; Kyle Lafferty equalised for Hearts in the 17th minute before the aforementioned last-minute winner for the home team.

Well, if the Hearts players can’t be bothered…

This is arguably Hearts worst result since the Scottish Cup defeat by Forfar Athletic in 1982. After that game, the famous journalist and Hearts supporter John Fairgrieve wrote he wouldn’t be too bothered if Tynecastle was turned into a car park.

Have they finished the new main stand yet…?

Top People: Those Hearts supporters who made the long journey north. They deserve so much more than this.