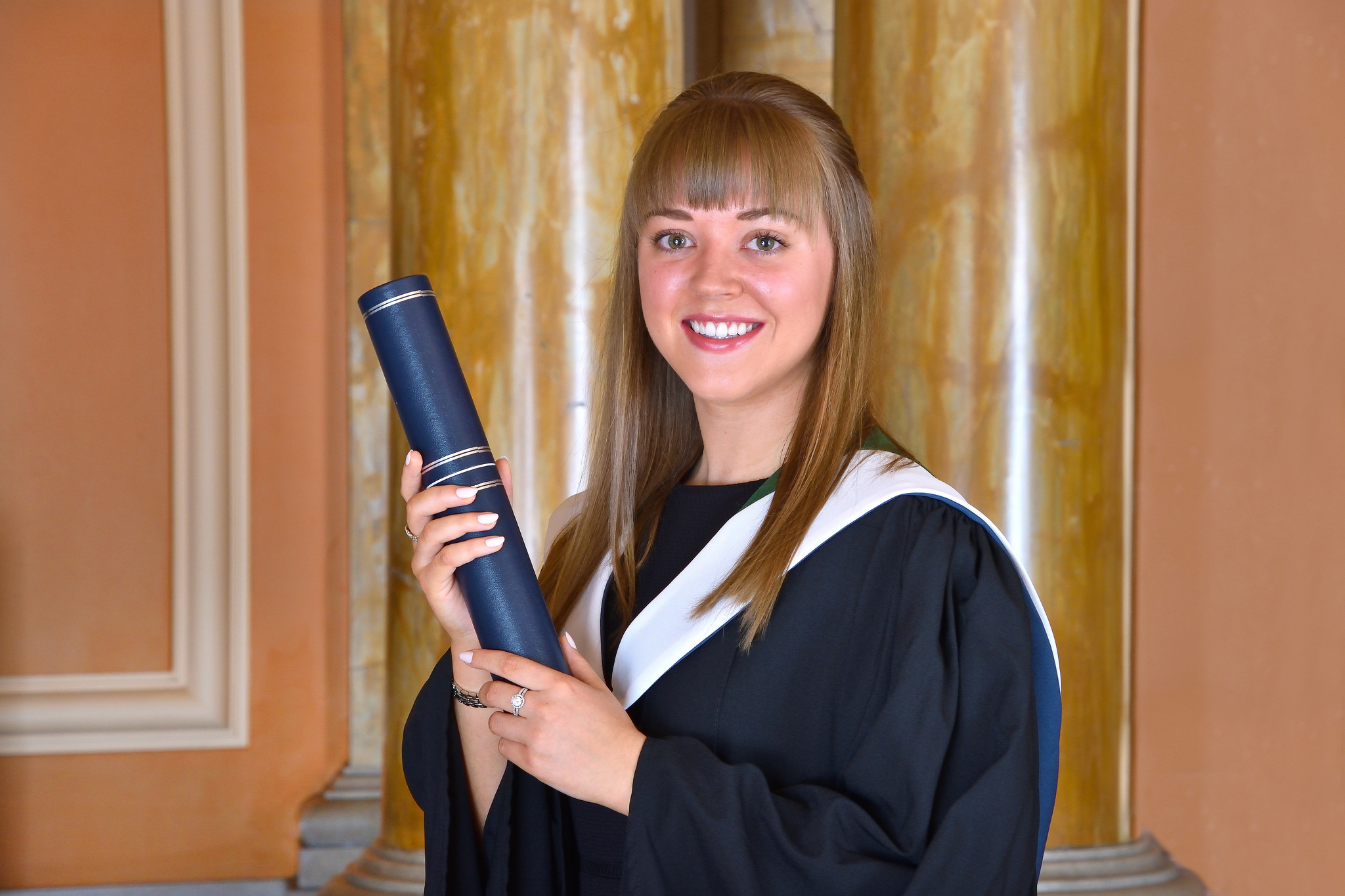 A student who became one of the first international tourism ambassadors at Edinburgh International Airport in 2015, has now landed a leading graduate position with Edinburgh Chamber of Commerce. Rebecca Neish, 21, has been appointed as Training and Events Executive with Edinburgh Chamber of Commerce, after graduating with a first class BA (Hons) Events Management from Queen Margaret University (QMU), Edinburgh in July.

Rebecca’s new role with Edinburgh Chamber of Commerce will include working as part of the operations team, where she is responsible for developing their existing portfolio of training and events and conducting quality standard checks to confirm members are being provided with the best opportunities to grow and develop their businesses. It is not only the members satisfaction that she manages, part of her responsibility is to liaise with the suppliers and support their needs and desires to collaboratively support the members development needs.

Whilst a student at QMU, Rebecca was one of only three university students to be appointed as part of the first Student Tourism Ambassador Role Scotland (STARS) team at Edinburgh International Airport, which is a partnership project between the University and the Airport. Rebecca talents were recognised during her time with the STARS project when she was promoted to the coordinator’s role. It was this position that she excelled as a people manager, gaining the skills set and experience which has helped secure her current job with the Chamber.

QMU’s STARS programme was designed to support the tourism sector in Edinburgh and has enabled a total of 50 students to find paid employment and develop employability and leadership skills.  The programme has been endorsed by VisitScotland, Scotland’s national tourism organisation, and has now been expanded to include Virgin Trains East Coast and Edinburgh St James. The initiative was also recognised in 2016 with an award from the Edinburgh Chamber of Commerce in the category of innovation.

Commenting on her new role with Edinburgh Chamber of Commerce, experience as one of the first STARS, and QMU journey, Rebecca said: “The opportunity I was given through QMU’s STARS programme has directly supported me in my current role. I strongly believe I wouldn’t be in the role I’m in today without QMU investing in me, believing in my ability, supporting my growth and giving me the opportunity to learn practically.

“The experience I gained as a result of being the coordinator of the STARS programme, liaising with clients, performing evaluations and acting upon their outcomes has definitely given me the confidence to pursue my current role at the Edinburgh Chamber of Commerce.  The opportunity QMU gave me gave me the skills and experience to help start my career and owe the programme and QMU a lot.”