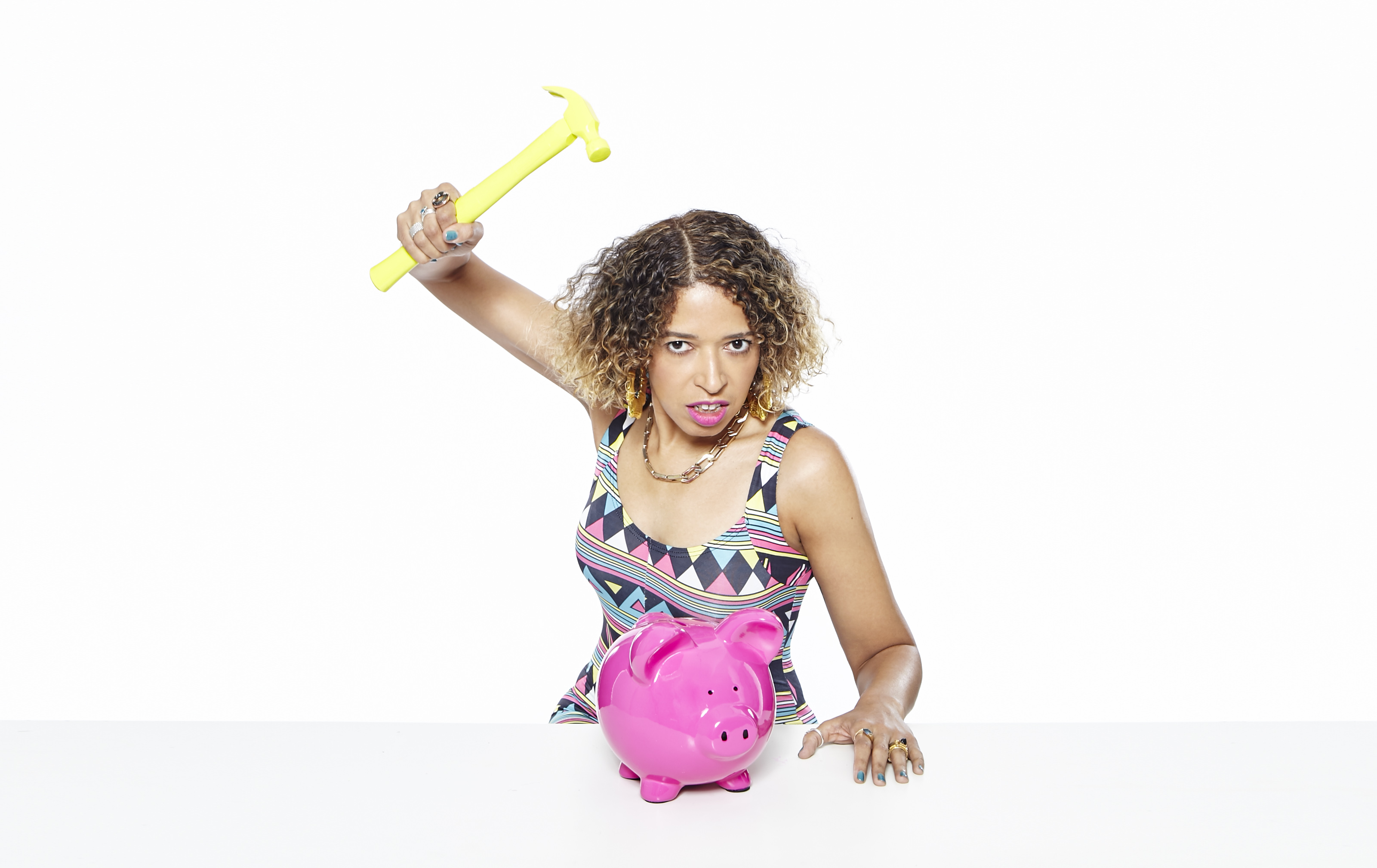 After six years of austerity is it possible for an artist to make enough money for life’s little luxuries – like bread?

This is a funny, inspirational show by multimedia artist Paula Varjack looking at how artists manage to support their creative dreams. Using a blend of documentary-style interviews with live performance, Varjack playfully lifts the lid on what artists do to make ends meet. In doing so, SHOW ME THE MONEY provides a painfully honest, yet ultimately optimistic portrait of life in contemporary Britain as government cuts bite.

The focus of SHOW ME THE MONEY is on artists but it also looks at how the dreams you have as a child are challenged by the realities of becoming an adult, how the current economic climate has made making a living harder for all of us.

Deftly blending personal monologues, vigorous dance routines, music, sound bites and video of interviews with other artists, Paula Varjack asks how artists can make a living from their art. Does their career involve more retail than Shakespeare? Are they still living with their parents?
Do rich partners support their creative existence? Why do they get public funding, and what is it actually for? How does our society value art?

The show adds to the current dialogue around artist’s payment. Most artists and performers are freelancers with little or no job or financial security. They often have to take on other unrelated work to make ends meet and are continually asked to work for free – because it would be good for their career! Concern about the impact of government austerity policies on the arts and artists further puts the livelihood of the artist in jeopardy. Paula Varjack addresses these issues in a confessional, frank, honest way that is refreshingly upbeat with a feel good vibe.

SHOW ME THE MONEY is the fourth solo show from writer, filmmaker and theatre maker Varjack. Her work explores identity, the unsaid, and making the invisible visible. She makes work across disciplines, performance, theatre, documentary and spoken word. Her debut collection of prose and poetry Letters I Never Sent to You is published by Burning Eye Books. She has performed at various arts festivals including Berlin International Literature Festival and
Glastonbury. In addition to performing, she facilitates workshops with a wide range of age groups, using writing prompts and drama games to unblock creativity.

Born in Washington D.C. to a Ghanaian mother and a British father, she considers London to be
“home”.

Show Me The Money – Trailer from paula varjack on Vimeo.