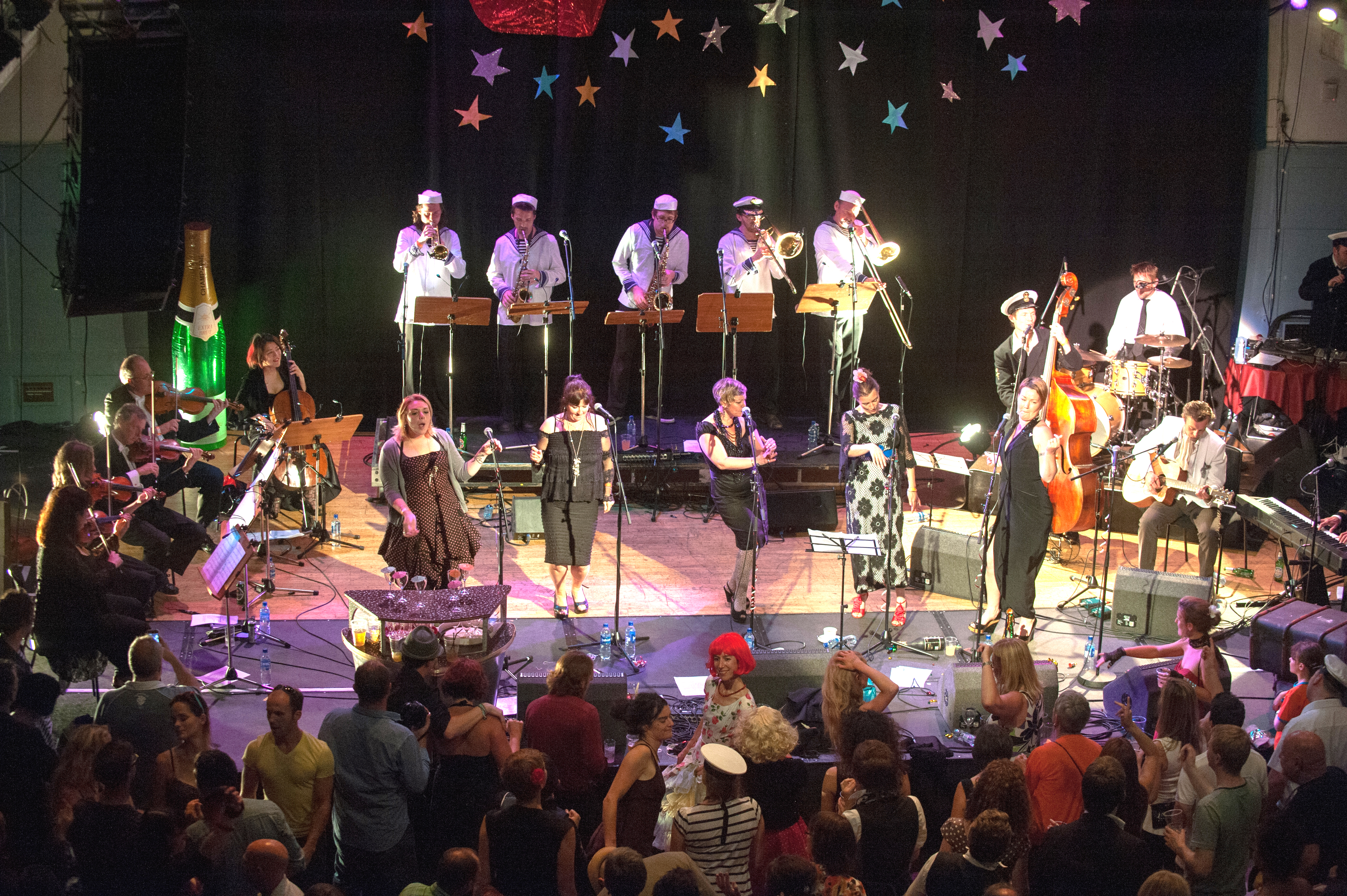 “This crème-de-la-crème Edinburgh collective has only pleasure in mind. . . lavishly-arranged period classics and craftily customised pop covers – truly the voyage of a lifetime” TTTTT (Scotsman) Its 20th birthday spectacular and Edinburgh Jazz Festival debut marks a rare hometown port of call for the full 13-piece complement of exceedingly able seamen and women – many of them original recruits from that 1997 maiden voyage, now seasoned into very salty sea-dogs indeed.

Splicing A-list musicianship and ambassador-class sophistication, sewn together by sly maritime allusions, the Love Boat repertoire – as featured on 2012’s debut album Songs In The Sea Of Life – spans such diverse classics as Little Feat’s ‘Sailin’ Shoes’, Sidney Bechet’s ‘Hold Tight’, early Sinatra hit ‘”World On A String’, Louis Prima/Benny Goodman’s ‘Sing, Sing, Sing’ and The Harptones’ ‘Life Is But A Dream’, together with brilliantly reinvented cuts from the likes of Donna Summer, Queen, Michael Jackson, Eurythmics and The Bee Gees.

In keeping with the band’s inception, their lavish 20th birthday excursion builds on a long and illustrious line of Edinburgh Festival success, following past headline shows at The Famous Spiegeltent, the Queen’s Hall and Summerhall , which scored sellouts and rave reviews alike.

Barney ‘Captain Barnacle’ Strachan (storm warnings, muster-station signals, foghorn alerts and Mayday calls) remains on watch throughout, while all hands on deck – aptly attired in naval garb or vintage cruisewear – pitch in on breezy, sun-splashed backing vocals. And from the moment of embarkation, the Jazz Festival Spiegeltent’s luxurious onboard accommodation – glamorous décor, cosy seated booths, sprung wooden dancefloor – will transport you on the musical cruise of your dreams.