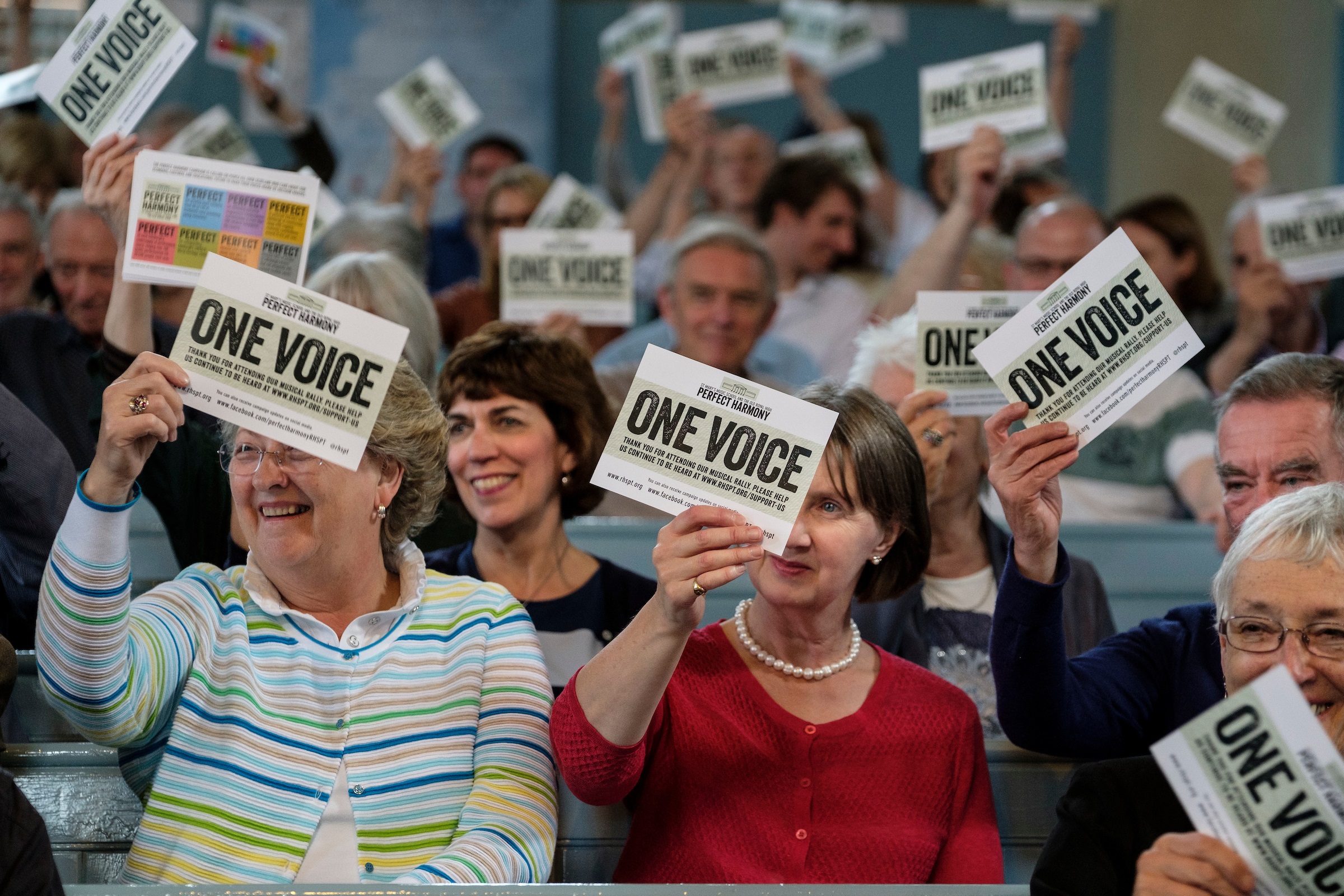 Home News One Voice Rally held for The Old Royal High School
Share
Facebook
Twitter
Pinterest
WhatsApp
Print
A rallying call for two of Scotland’s national treasures to come together took place this week when three of those behind the Perfect Harmony campaign addressed a musical “One Voice” Rally at Edinburgh’s Canongate Kirk. Young musicians from St Mary’s Music School entertained the audience with pieces from Bach, making it a musical rally.
Eighteen year old Ryan Corbett, who is this year’s winner of the School’s prestigious Directors’ Recital Prize 2017 also played Scarlatti followed by a Scottish traditional set with fellow pupil Briona Mannion.
Supported by one of the largest philanthropic arts gifts to the nation, the proposed conservation and restoration of the iconic Thomas Hamilton building as the new home of St Mary’s Music School, with a state-of-the-art public concert hall and public garden, is backed by Dunard Fund. Managed through The Royal High School Preservation Trust, Dunard’s exceptional gift to the nation would help protect Edinburgh’s UNESCO World Heritage Site status and conserve the integrity of the neo-classical building that gave the capital the moniker, the Athens of the North.
The Perfect Harmony campaign will run until a final decision is made on the future of the rival hotel development, which has already been refused planning permission by the City of Edinburgh Council. The developers now have two sets of plans on the table, the most recent of which received over 3,100 objections when made public earlier this year.
New research published earlier this week shows overwhelming public support for plans to make the Old Royal High the new home of Scotland’s national music school.
In an in-home survey carried out by Ipsos MORI on behalf of the Royal High School Preservation Trust, which presented both the rival hotel and music school proposals to over 500 residents across every Edinburgh postcode, 81 per cent preferred the option to establish St Mary’s Music School at the site of the iconic Thomas Hamilton building on Calton Hill.
Only 10 per cent said they preferred the proposals for an international hotel.
Carried out independently, the Ipsos MORI survey provides the clearest and most robust evidence to date of public opinion on the benefits and drawbacks of the rival plans for the former Royal High School.
William Gray Muir, Chairman of The Royal High School Preservation Trust, said: “Our project, which has planning permission but is currently unable to proceed because of a rival hotel bid, will enable St Mary’s Music School to position itself as a centre of youth music in the capital and significantly broaden and enhance access to music and musical education for young people throughout Scotland.
“The results of the Ipsos-MORI poll published earlier this week outlined the huge public enthusiasm for our plans and it was reflected in the positivity of the audience who attended our rally last night.”
The move to the Old Royal High will allow the school to grow its number of pupils from 80 to 120 of Scotland’s most promising young musicians, while extending its existing outreach programmes, masterclasses and workshops to more than 300 children from throughout the country.
The new 280-seat concert hall will ease the undersupply of performance space in Edinburgh and be capable of staging over 100 public performances a year, attracting audiences of over 20,000 annually and contributing approximately £110m to the Edinburgh economy over the next 30 years.
The capital project is estimated to generate at least £22.6 million for Edinburgh with the ongoing contribution to the city’s economy at around £1.6 million per year.
For more information click here