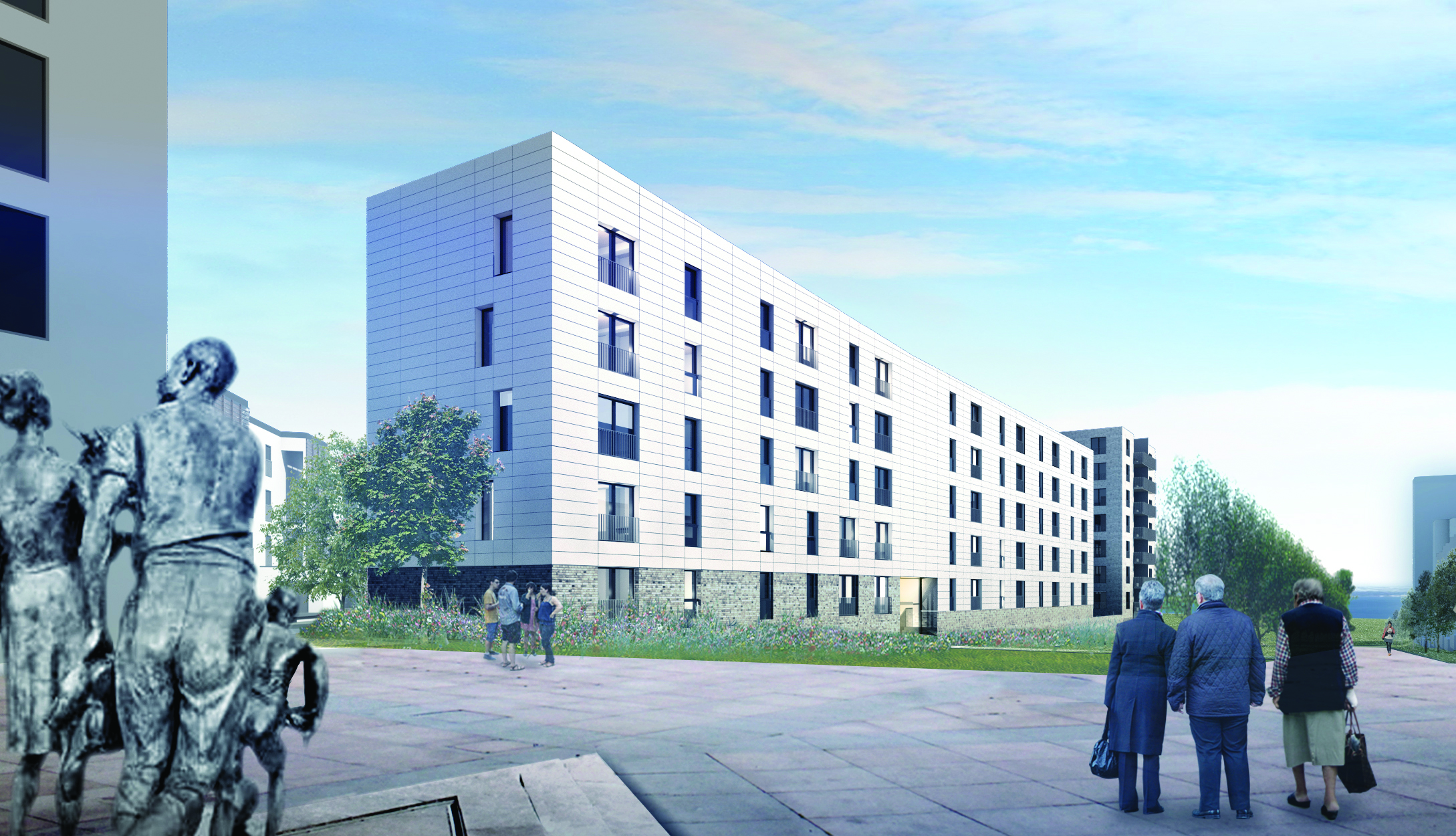 Developer Places for People submitted plans to the City of Edinburgh Council to build 89 new homes by Granton Waterfront. This is part of a larger scheme of around 600 homes and will help Places for People reach their goal of building 2,000 new homes in Edinburgh over the next three years.

The company already has schemes underway in the city such as Urban Eden at Meadowbank, Shrubhill on Leith Walk and The Green at Longstone, as well as 55 Degrees North at Granton Waterfront.

The Waterfront project began ten years ago with Upper Strand which provided 130 homes and commercial space too.

The mix of 4 and 11 storey high apartments at Upper Strand won the firm several awards for the high quality design while producing low energy homes. Lighthouse Court was a scheme of 62 low energy homes with a variety of styles such as maisonettes, flats and townhouses and the Waterfront Avenue Phase 2 is currently being built.

Phase 3 was designed by Reiach and Hall Architects and is the latest to get underway. The new homes will have the advantage of 360 degree views, with landscaped areas in a high quality environment.

Places for People Group Development Director Colin Rae said: “Placemaking is at the heart of what we do as a developer which means we put people first and prioritise high quality design, taking inspiration from the surrounding area and local communities to create safe, welcoming and sustainable new neighbourhoods where people will want to live.

“Waterfront Avenue is a distinctive development that is providing much needed mixed-tenure housing for Edinburgh. Of the 89 homes in this phase, 33 are for affordable rent and 56 will be available for sale. Residents benefit from plenty of open space, easy access to the city centre and routes through the site leading to Granton Harbour. The regeneration of the area stalled during the recession, but with these proposals and other planned developments the outlook for Granton Waterfront is very positive.”