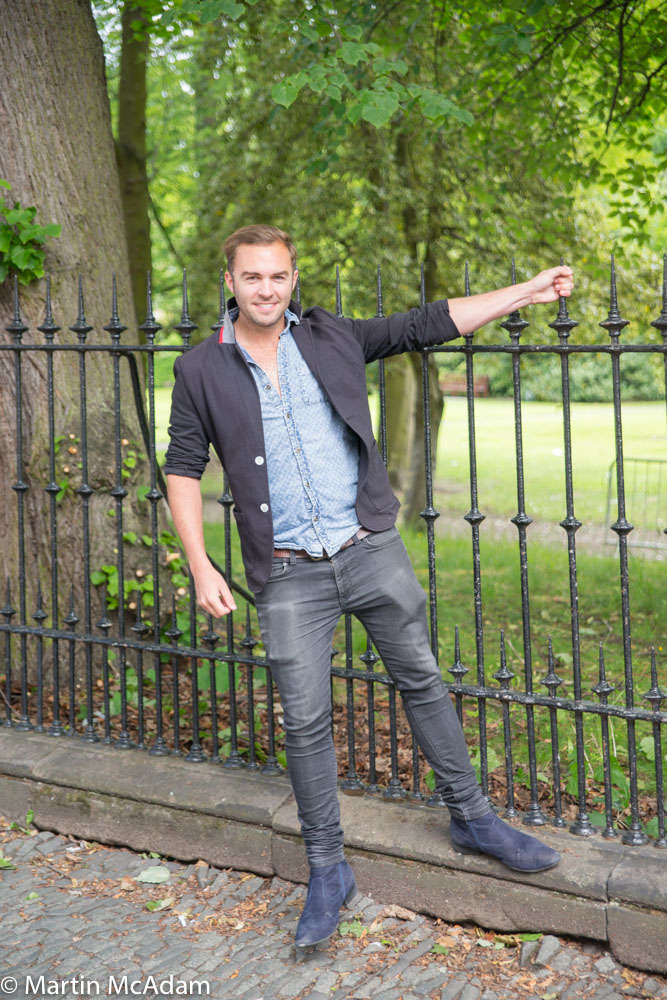 How often do you really listen to the music in a film? Are you surprised when you read the credits at the end by the number of songs you missed? Or do you take in every note as part of the overall cinematic experience?

Whichever genre you fall into music is a huge part of the film The Marker starring Frederick Schmidt and Ana Ularu which has its World Premiere at Cineworld this evening. This is the end of a long creative process as production on Justin Edgar’s feature film which wrapped in March 2016. Now it is shortlisted for best British feature here in Edinburgh and may win the Michael Powell award for outstanding British feature fiction.

But it was a film that almost had no music at all. Composer Paul Saunderson explained that the director’s original idea was for the film to have no music whatsoever. Thankfully that mindset changed and Paul was commissioned to create the score for the film. But this is not John Williams sweeping orchestral melodies, rather a mix of what Paul explained to us are ‘found’ sounds making the entire score quite bespoke.

This young and exciting composer created the soundtrack from scratch beginning with a musical instrument and then manipulating them to make the sound into something quite unique.  Director Justin Edgar wanted to use Musique concrete which is a contemporary form of experimental music and Paul did not want to use regular sounds from synths that you would hear in another film.

Paul explained the process : “It was an interesting process as the director had originally envisaged having no music. I spent a few weeks making the sounds by recording a small riff on the guitar or cello, say about two seconds long, and then time stretching it so that it would last for about an hour. I took snippets of that so it is an unusual modern score.”

The result is haunting, but then the film is a noir thriller and the dark story revolves around a criminal who tries to find the daughter of a woman he had killed. He was convicted of her murder and spent some time in prison, emerging in a torment rather than a state of rehabilitation. John Hannah plays the gang boss he meets along the way.

Paul has been involved in films for many years, beginning to visit sets with his father who worked on the visual aspect. Now he has his own repertoire of film work under his belt having worked as arranger and programmer on films such as Coriolanus starring Ralph Fiennes, Johnny English : Reborn with Rowan Atkinson and unusually in Shaun the Sheep : Movie.

A graduate from Leeds in composition and electro acoustic music he ‘sat at the knee’ of some notable film music producers and composers learning his craft. He has also worked with KT Tunstall and Coldplay on musical arrangements.

Paul told us : “I was also interested in writing music for films from a young ageI started by playing guitar at the age of six and then played saxophone and piano. in my studies I concentrated on film music composition and electro-acoustic music which became very helpful to me in this film.”

Edinburgh seems to be a good place to come to as a member of the film industry. Paul explained that since he has been here he has done quite a bit of networking. “The Film Festival people are just great. They put on lots of networking events. Last night we were at a ceilidh in the Hub and everyone was there. We are all here for the same reason to show off our new films and everyone makes new friends on the way. During the festival it is just a brilliant time.”

At last year’s film festival he was here with the cast of Starfish as he had composed the music for that film which was released in cinemas last autumn. That film told the true story of Tom Riley and Joanne Froggatt whose lives were turned upside down by Tom’s devastating illness.