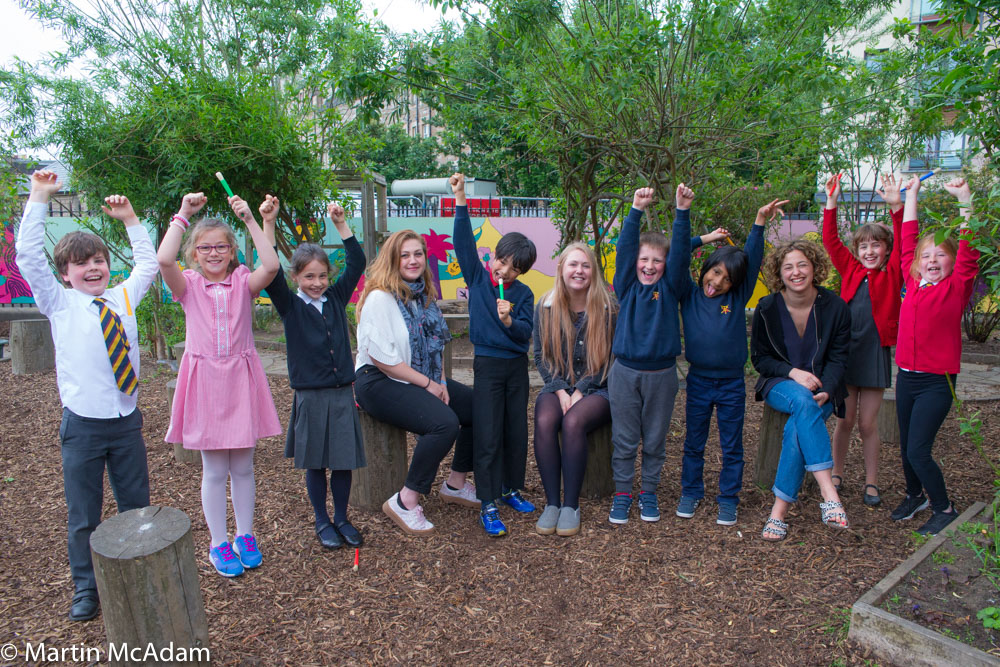 The pupils we met earlier today at Tollcross Primary School.  were very excited about their new mural. This has been made possible by fundraising by parents and there will be a new climbing frame too. Tesco have contributed some help and the children have been pruning and weeding the new plants in the garden area.

The whole project has been a collaboration between some final year Edinburgh College of Art students, Abbie, Lucy and Yaz and pupils at the school.

Abbie said : “This was an amazing experience and I feel like we learned a lot! We had never done a mural before so we have learned a completely new skill.”

The process was that the students held workshops at the school when they got the concept from the pupils, got the characters they wanted and then the students brought them to life. Then they returned a few times to check that the children’s ideas were being interpreted properly and with the right colours.

And the good thing is that the children seem to like it!

Tollcross Primary School has a new mural from Phyllis Stephen on Vimeo.