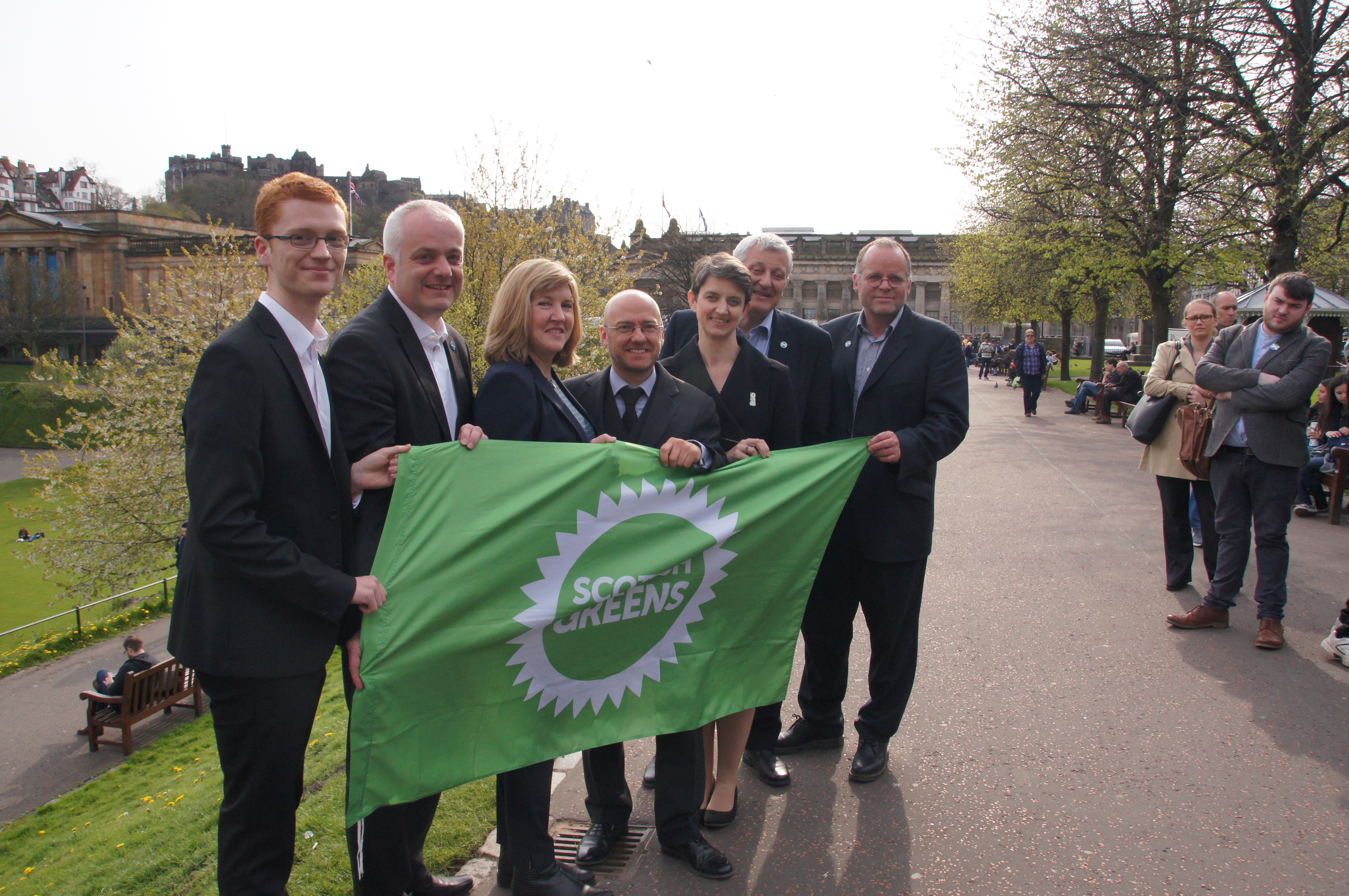 This morning Patrick Harvie the co-convener of the Scottish Green Party launched the party’s 2017 manifesto in Glasgow.

Harvie is an MSP and an MP candidate for Glasgow North.

He explained that Green voices at Westminster are crucial for Scotland, and that the Scottish Greens are targeting resources at Glasgow North to build on the strong support shown for the party in this month’s local elections and at last year’s Holyrood election.

The manifesto – titled Our Future Is Green – promises that Scottish Green MPs will:

-Push for a new, Green industrial revolution, creating over 200,000 new jobs in Scotland by transitioning from unburnable fossil fuels to clean, green industries

-Work for a social security system which treats everyone with dignity, underpinned by a universal basic income to stamp out poverty

Patrick Harvie said: “Scotland needs a Green voice at Westminster. During the next parliament, a huge number of the social and environmental protections which have been achieved within the European Union will be transferred to the UK, where many Conservatives are openly calling for a bonfire of regulations. This will literally put people’s lives on the line.

“Greens led the way in achieving much of what’s now at risk, from capping bankers’ bonuses to controlling toxic chemicals. We need a Green voice to stand up for these protections.

“We also need a Green voice to oppose the UK government’s cuts agenda and its failure to invest in the new, sustainable economic future we need. We have a plan to create over 200,000 high quality jobs for Scotland in the new economy. And we will make the case for a social security system based on a Universal Basic Income, to guarantee dignity for everyone and end the fear of poverty.

“We are running a tightly-focused campaign, giving Scotland the best chance it has had to send a Green voice to Westminster. We are making the case no other party is for the sustainable, fair and decent society we know this country can become.”

Showing that the General Election campaign is indeed hotting up with just over a week to go, Scottish Labour environment spokeswoman Claudia Beamish said:
“Patrick Harvie should have waited a day and launched his manifesto with Nicola Sturgeon, because the Scottish Greens are now just cheerleaders for the SNP.

“The manifesto of the Scottish Greens talks about the devastating impact of cuts to local services, yet Patrick Harvie did a grubby deal with the Nationalists to cut £170million from schools and other vital local services in the last Scottish budget.

“The Scottish Greens have given up any pretence of being concerned with the environment or austerity – for them it is Scottish nationalism first and everything else a distance second.

“On 8 June people can vote for a Labour MP who will focus on the day job of creating jobs, the environment and investing in local services, or a nationalist MP who will campaign every single day for another divisive independence referendum.”

You can read the Scottish Greens manifesto here.