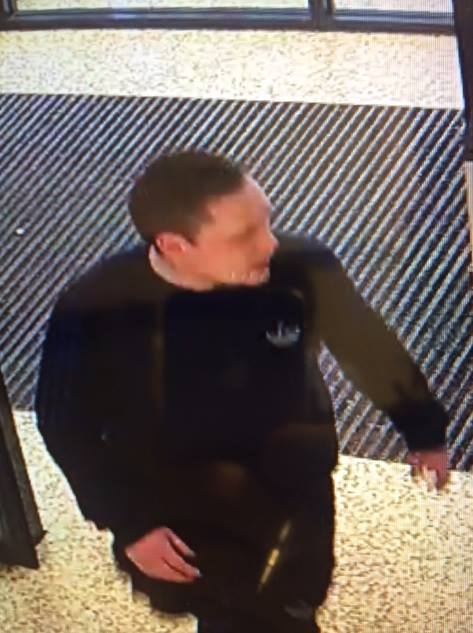 Police are continue to investigate a racially aggravated assault and have re-released an image of a male who may be able to assist them with their investigation.

The incident happened in the Aldi store on Gilmerton Road, Edinburgh around 5.30 pm on Sunday 5th March 2017.

Two members of staff and a member of the public were threatened in the incident.

The male is described as being in his mid-20’s, around 5ft 4in tall, chubby build, brown hair and bright blue eyes, wearing a dark blue Adidas sweatshirt and dark trousers.

Police Constable Heather Storer of Howdenhall police station said: “This was a distressing and offensive incident for the employees of the store who were simply doing their job.

“As part of the ongoing investigation, we’re still eager to trace a man who we believe may be able to help with our enquiries and would urge anyone who recognises him to get in touch with us as soon as possible.”

Those with information can contact Police Scotland via 101, quoting incident number 2845 of 5 March, or contact Crimestoppers in complete anonymity on 0800 555 111.