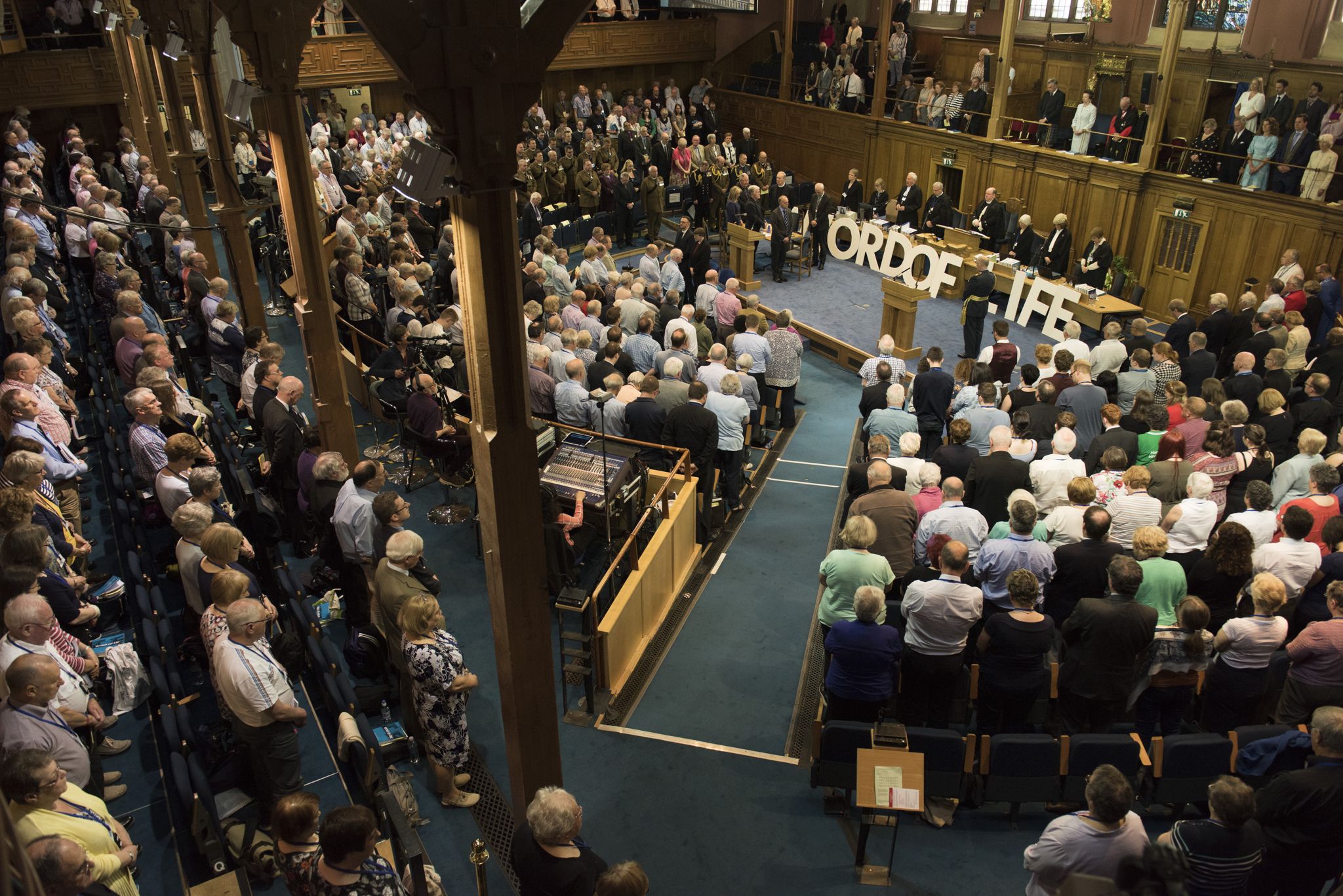 Her Royal Highness The Princess Royal joined the General Assembly of the Church of Scotland in observing a minute’s silence for all those affected by the terrorist atrocity in Manchester. The gathering of more than 800 people in the hall included dozens of representatives from the Military Chaplains, who provide chaplaincy support to Her Majesty’s Forces.

The Moderator of the General Assembly, Rt Rev Dr Derek Browning, led the Assembly in prayer for all the victims of the bombing, including 14 year old Eilidh MacLeod and 15 year old Laura MacIntyre, for their families and the community around them. The Church of Scotland’s minister in Barra and South Uist, Rev Dr Lindsay Schluter, reacted to the confirmation that Eilidh had been killed in the explosion. She said : “As time was going on these fears were rising that Eilidh was among those who had died.

“To have these fears confirmed has come as devastating news to all.

“While this is a small community, it is a strong and deeply caring one also.

“This was in evidence at yesterday evening’s service of prayer for the two girls and their families.

“This island community will continue to offer its love, support and prayer to each other.

“As we grieve with Eilidh’s family now, we continue to watch and wait over Laura and her family.” The Moderator has also been in contact with Dr Schulter  to tell her that she, her parishes, and all the peoples of her communities have been held in the prayers of the General Assembly.

“In what must be a time beyond imagining, contained as it will be with difficult, pain, hurt and loss, we pray that the blessing and the kindness and the gentleness of God will continue to enfold everyone caught up in the tragedy that took place in Manchester; not only now, but in the weeks, months and years ahead.”