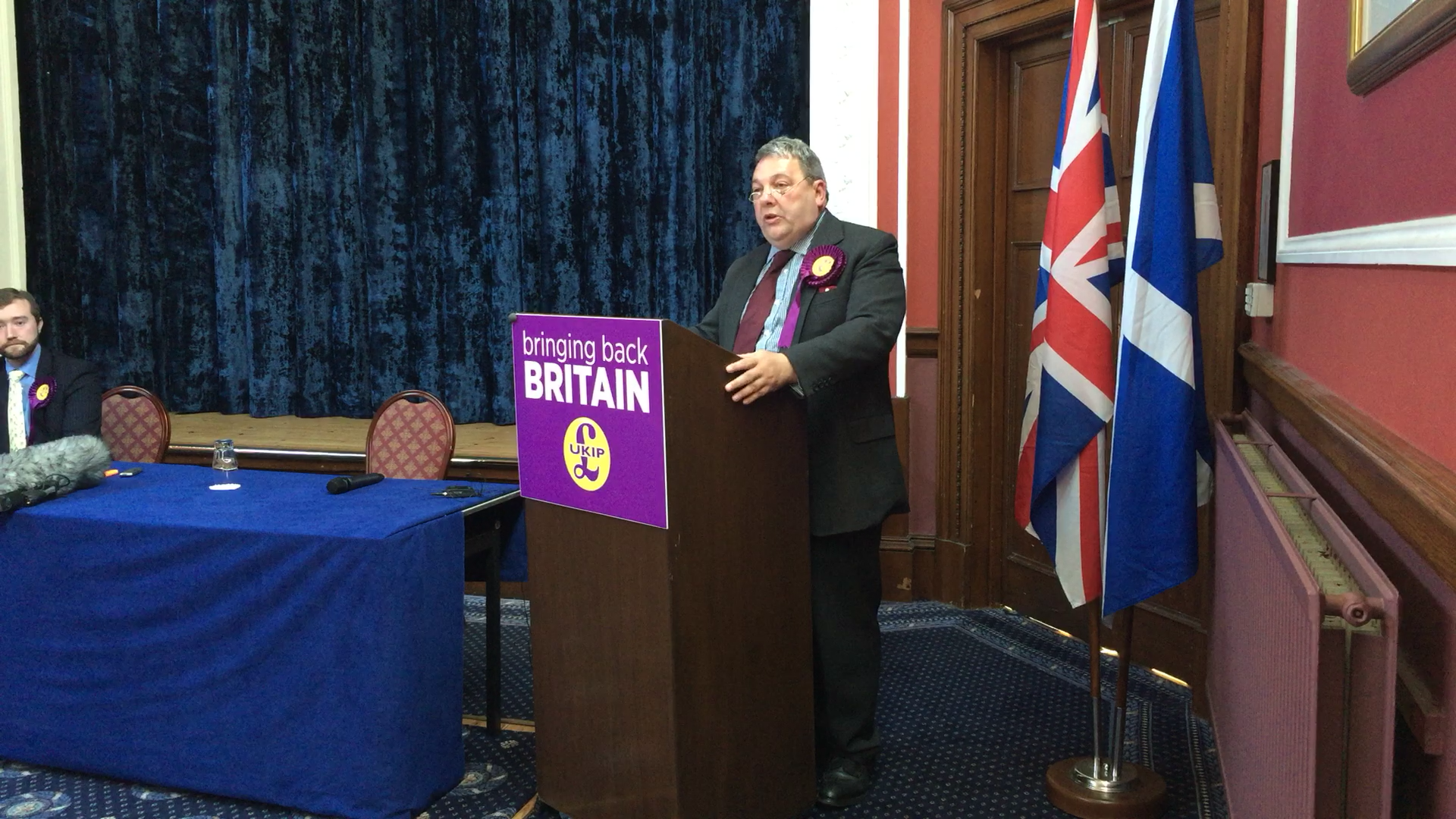 The room in the basement of the Royal Scots Club in the leafy New Town was quiet when I arrived, and it remained reasonably subdued throughout.

There was none of the raucous rockstar applause of the SNP manifesto launch here. This is a party led by the rambunctious David Coburn MEP, but even he seemed a little detached from the content of the manifesto, which was waiting on a table for journalists to collect on the way out. Since we did not know what it contained it was a bit difficult to know what to ask, but we all tried manfully.

The Edinburgh Reporter asked why UKIP are not standing any candidates in Edinburgh Mr Coburn explained that his party is not full of ‘careerists’ and they had not expected a General Election at this time.

Why there are no @UKIP_Scotland candidates in Edinburgh ? David Coburn explained pic.twitter.com/DHNBrhziNL

He explained some of his policies during his speech from the podium – of which the following are excerpts :

Scottish taxes must be no higher than the rest of the UK, preferably lower.

The Scottish economy will be strangled if that is the case.

UKIP is outright against there being another independence referendum in Scotland.

The Scottish Parliament should be debating devolved issues and not arguing about referendums.

The Scottish people have decided and have voted clearly to remain British.

UKIP wants to cut outrageous town hall fat cat salaries and other extravagances before plucking the poor taxpayer and cutting frontline services. Some people in our town halls have more money than our Prime Minister.

And we have all seen the Named Persons Act which is an outrageous waste of money and an infringement of our civil liberties.

One size fits all transcontinental bureaucratic rules damage our entrepreneurial society. The old parties in Scotland are willing to accept a semi-detached relationship with the EU where we can have legislation imposed upon us. UKIP is the only party in Scotland which wants to cut all ties with the sclerotic undemocratic European Union and bring its powers back to where they belong.

The SNP have been in charge here for 10 years. It is shameful that so many children leave school illiterate and less (sic) children get to Scottish universities while at the same time EU students are educated at Scottish taxpayers’ expense to the tune of some £27m a year.

We want to see commerce taught at schools, how to set up a business, how to be an entrepreneur. I want that on every single Scottish curriculum.

It will be what you know not who you know.

Housing – UKIP wants a revolution on brownfield sites.We want to see our young people given the opportunity to own their own home or to have social housing.

A couple of the young supporters who were there were doing their best to support one of the manifesto’s key aims which is to Save the Scottish Pub and had pints of lager during the press conference.

That aim would be coupled with a restoration of the drink drive limit at the previous 80mg of alcohol per 100 ml of blood thus brining back custom to our pubs.

The manifesto is not yet online.