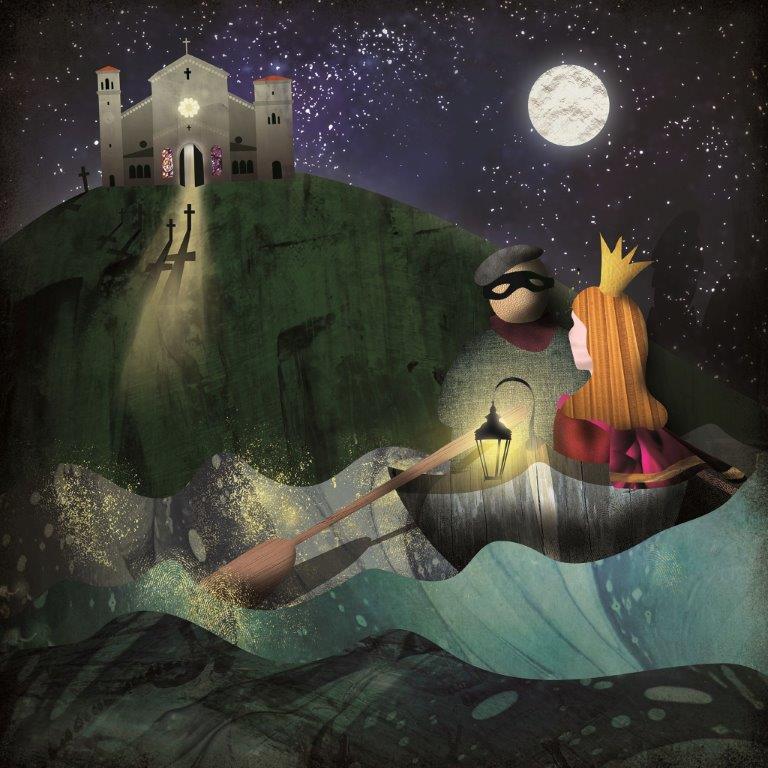 Last performed in 1930, banned by Hitler along with all Gál’s music, Das Lied der Nacht [Song of the Night] is a powerful romantic drama. It shows Gál at the height of his musical power as an operatic composer. Premièred in Breslau in 1926, it was hailed as “one of the most powerful operatic experiences ever!”

Hans Gál’s third opera, Das Lied der Nacht (‘Song of the Night’), enjoyed its first performance in Breslau (Wroclow) in 1926, to glowing reviews. There followed performances across Germany and Austria. However Hitler’s accession to power and Gál’s Jewish ancestry combined to bring this flourishing career to an abrupt end, as his operas, along with all his music, were banned from performance and publication.

And now in our latest competition we have two pairs of tickets to give away to two lucky winners.

Set in a mythical 12th Century Sicilian kingdom, Song of the Night, subtitled a ‘romantic ballad in three scenes’, explores the female psyche in a patriarchal society.

Leonora, the crown princess, is under extreme pressure to find a husband who will fill the vacant throne as king.  Tancred, a swashbuckling knight, is deemed by all to be the most eligible suitor and is confident that he is the chosen one. Leonora, however, abhors the prospect of wedlock and asks her Aunt, the Abbess, to admit her into the convent.

The Abbess challenges Leonora to listen to her heart, to look into the “night within herself”, and to acknowledge the “inner voice before which she has trembled” or risk “turning into stone”, like the Abbess herself.

Leonora, in deep denial, is profoundly unsettled by the Abbess’s oracular words and is stirred to the core when her companion, Hämone, jokes that perhaps the ‘Unknown singer’, a disembodied voice heard only by night, whom no-one has ever really seen, would be the man for her. She realises that His “song of the night” is indeed the nocturnal voice that is making her tremble as it sounds across the waves…

This masterpiece will now be brought back in 2017 having been forgotten for 87 years.

The Hans Gál Society presents this powerful opera at The Queen’s Hall in Edinburgh, the city in which Gál spent the latter half of his life, greatly contributing to the Scottish music scene including helping to found the Edinburgh Festival.

This will be the first ever performance of this opera in the UK. This short montage from the recent fully-staged production in Germany gives a taste of the music.