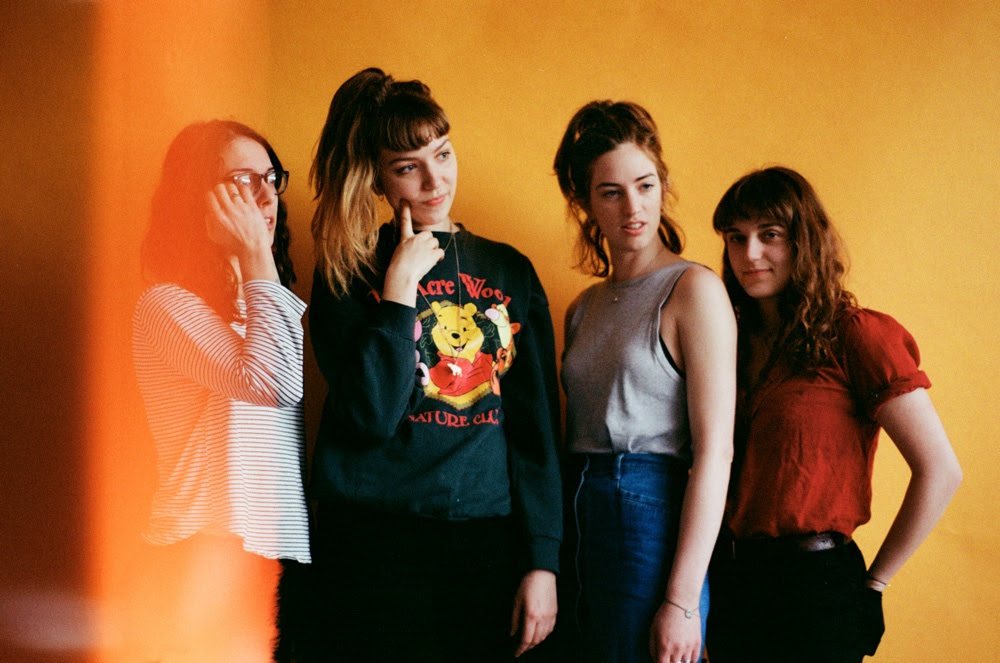 Hailing from London, indie rock back The Big Moon will visit Edinburgh on 23 April 2017 as part of their UK wide tour. The band, formed in 2014 by Juliette Jackson, includes Soph Nathann, Ceila Archer and Fern Ford and is signed by Fiction Records. The British indie rock band are touring the UK after the planned release of their debut album Love in the Fourth Dimension on April 7th 2017.

The Big Moon have been on tour with fellow London bands VANT and Inheaven, and have supported larger UK acts such as The Maccabees and The Vaccines.

“We’ve been playing these songs for two years now, and it’s a dream come true to finally immortalize them on record. It’s like having eleven tiny babies all at once, all with their own little faces and voices and personalities, and now we’re ready to throw them out of our nest and into your ears.”

Their debut album will be released on vinyl, digital download and CD and will include a new single release, Sucker.

The Big Moon will be playing at the Mash House on 23 April 2017: Click here for tickets and more information.