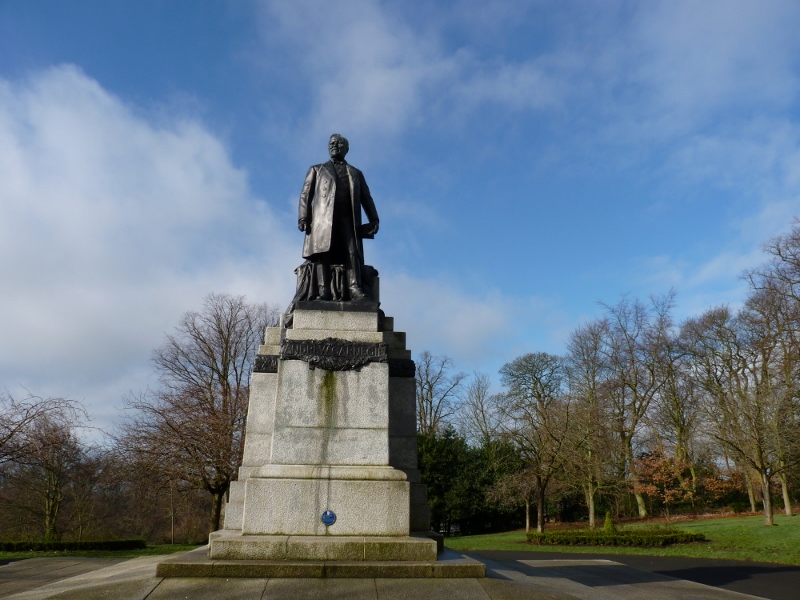 He stands tall in his own park in his home town of Dunfermline. Andrew Carnegie is the embodiment of his own book published in 1889 “The Gospel of Wealth.”  He’s the example of the poor boy made good who gives all his money away to charitable causes, the ideal American Scot.

His Carnegie Trust this week launched its latest philanthropic enterprise “Engaging Libraries”. Libraries throughout Scotland are asked to compete for 10 grants for projects highlighting “health and wellbeing”.  It’s the software equivalent of the Trust’s early days when it built 600 libraries in the UK and Ireland and 3,000 across the English speaking world.

But what of this philanthropist model of development?  Is the trickle-down effect of wealth more efficient at producing jobs, livelihoods and wellbeing than the state model, or the co-operative model or the corporate model ?  I ask these questions in Tartan Week when our first minister is in the United States to “sell” Scotland as a good place for American entrepreneurs to invest.

She is of course struggling against the tide of Brexit and President Trump’s  manifesto of “America first.”  But she’s tried to make an exception of Scotland in her Stanford University lecture by arguing that the future lies with small independent countries.  It may do so but they will surely have to team up with others.  And that means re-joining the EU or re-inventing something similar.  Worryingly, it looks like we are feeling the effect of Brexit already, with the Scottish economy going into sub-zero growth in the last quarter of 2016.

That didn’t stop Nicola Sturgeon putting Scotland on the world map. In an address at the United Nations headquarters in New York she pledged £1.2m towards a programme which will train 200 women in mediation skills in conflict zones around the world, including Syria.

This week’s American theme continued with news that Scotland is to build its own Hollywood Studios, to be called the Pentland Studios, on the southern outskirts of Edinburgh.  It’s a private venture, costing £250 million, which hopes to attract such films as Outlander, Trainspotting 2 and the Avengers, all recently filmed or filming in Scotland.  It’s estimated it will create 1600 jobs.  The Scottish Government was so keen on the idea that it waved through its planning application, even though the site is on “greenbelt” land.

If America’s entrepreneurs won’t invest in our film studios, then its philanthropists may be tempted to support the refurbishment of Bannockburn House, near Stirling.  No, it wasn’t Robert the Bruce’s headquarters, but Bonnie Prince Charlie’s after his disastrous retreat from England in December 1745.  The house, now in ruins, is in the process of being bought by a community trust which hopes to raise the £4m needed for its restoration.

Perhaps our most famous investor of recent years is, of course, Donald Trump himself. His two golf resorts have so far cost him £100m but have not yet turned in a profit.  His Aberdeenshire course made the news this week when a Sheriff said staff there should not have filmed a woman going to the loo in the sand dunes.

The lady, 62 year old Rohan Beyts, said she had been “caught short” while out on walk and was appalled when police called at her house a few days later to say she had been secretly filmed and was facing a criminal charge.  The charge was later dropped but she claimed £3,000 in damages at the small claims court.

The Sheriff ruled that she was not entitled to damages, but condemned the Trump organisation for filming her without her knowledge or consent.  Trump’s lawyer told the court Ms Beyts was just trying to gain publicity for her opposition to the golf resort which has been partly built on environmentally important sand dunes.

Finally, Scotland’s long distance cyclist and adventurer Mark Beaumont has announced another challenge. He plans to follow Jules Verne’s famous hero Phileas Fogg by cycling round the world in 80 days.  He will begin in Paris on 2nd July and ride across Europe, Russia and China to Beijing.  He’ll then ride through New Zealand and Australia. The third leg is from Anchorage in Alaska to Halifax on the Canadian east coast. And finally he’ll cycle from Lisbon back up through Europe to Paris. All in 80 days, in the saddle for 16 hours a day. The current record for the 18,000 mile journey is 123 days.

I wonder if he’ll have to use that “extra” day ? 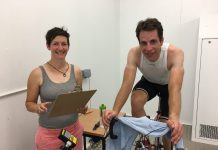 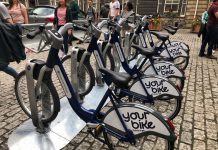 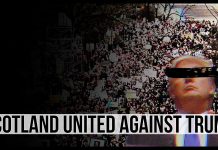