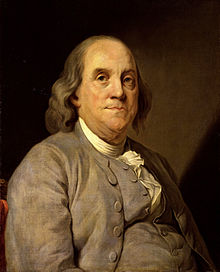 “In this world, nothing can be certain except death and taxes.” The words of Benjamin Franklin have been ringing in my head this week when we had the Chancellor announcing his Budget and an old neighbour of mine dying.

He lived across the street and, as is the way these days, I didn’t know him personally. But I would see him carefully making his way down the garden path and stooping to get into his son or grandson’s car at the end of almost every afternoon to go for a drink in the pub – I suppose – or to a prayer meeting or to the bookies. As the years and months have gone by I’ve seen him getting slower and more frail. Until today, when there was a large black hearse parked where the car used to be. What a shock. He’s gone, and his whole world with him.

No longer will he have to worry about the new taxes on the self-employed, or the council tax demand which came through our letter boxes this week. His struggle though daily life is over.  But the rest of us do have to come to terms with Benjamin Franklin’s words in a letter to the French scientist Jean Baptiste Leroy in 1789.

Incidentally, some people think Franklin stole the “death and taxes” idea from Daniel Defoe’s “Political History of the Devil” (1726) but I am willing to believe he invented it himself.  How could a man who had invented the lightning rod and bifocal glasses – not to mention being a newspaper editor, a post-master general, a diplomat and a founding father of the United States of America  – how could he not have thought of the inevitability of death and taxes ?

Anyway, to get back to taxes: the Chancellor, Philip Hammond, has caused a stir by increasing the National Insurance contributions paid by self-employed workers from 9 per cent to 11 per cent of earnings. That’s compared to 12 per cent for people in employment.  He says that’s only fair and will only hit higher earners who are using self-employment as a tax dodge.  But “white van men” have hit back saying entrepreneurs like them should be rewarded for taking the risk of going it alone and creating their own jobs.

The Chancellor’s tax hike is all part of his plan to build up reserves for the expected cost of leaving the EU, £60bn over three years, or £350m a week – which will not be going into the NHS ( Leavers may care to note.)  And the dangers of going it alone in a competitive world were underlined this week when the pharmaceutical giant Johnson & Johnson announced it was transferring its surgical sutures manufacturing from Livingston to Brazil, Mexico and Texas. That’s 400 Scottish jobs under threat.

The specific interest for Scotland in the Budget is the £350m coming to the Scottish Parliament as a consequence of higher spending in England on Grammar Schools and social care.  We will find out in due course how the Scottish Government will spend the extra funds, though “closing the attainment gap in schools” is Nicola Sturgeon’s self-declared top priority.

The other point of Scottish interest is what he didn’t do for the struggling oil and gas industry.  He was expected to announce another tax cut to boost exploration and production but instead he’s just set up an expert panel to look at the issue.  Meanwhile his Treasury experts are telling him that revenues from North Sea oil and gas are set to fall from £7.3bn to £4.6bn over the next five years.

This news has thrown the politicians into their usual spin. The Conservatives have claimed it should end all prospect of Scotland becoming independent. The SNP admit that they can no longer make oil wealth a central plank of their argument as they contemplate a second referendum on independence. And that contemplation became more real this week with Ms Sturgeon suggesting that the autumn of 2018 might be good time to hold another referendum when the deal on Britain leaving the EU is revealed in all its horror.

John Swinney, her deputy, had a busy week. He stood in for her at First Minister’s Questions at Holyrood on Thursday while she was in London at the Armed Forces commemoration.  He spent most of his time fighting off those claims about North Sea revenues.  But he also had to announce the postponement of his controversial scheme for a “named person” or official guardian for every child.

It’s run up against a court ruling that it infringes the right to family life. The awkward issue seems to be the sharing of confidential information between official agencies such as the school, the social work department, the health service and the police. He has now gone back to the drawing board and it may be that he has to settle for information-sharing only when the family agrees to it, or in exceptional cases.

In a welcome distraction from our human problems, a frisky hump-backed whale has been entertaining us with spectacular leaps from the water not 150 yards from the shore at Kinghorn in Fife.  The show lasted five or six hours and was captured on camera by a local shopkeeper. He said the creature had been in the Firth of Forth for the past month.  Hump-backed whales have made something of a comeback in recent years, but they are not often found in British waters. They are known for their mating songs, which can be heard up to 18 miles away.

Finally, this year’s International Women’s Day, on Wednesday, introduced me to a new Scottish heroine, Mary Macarthur.  A blue plaque was unveiled in her memory on the house in Golders Green in London where she lived with her Scottish socialist husband William Crawford Anderson.  She was born in Glasgow in 1880, the daughter of a wealthy draper. But she soon became the secretary of the local Shop Assistants Union and a keen Suffragette. She led a successful strike by women chain-makers in London in 1909 and eventually became general secretary of the Women’s Trade Union League.

“And some there be which have no memorial” remarked the writer of  Ecclesiasticus as long ago as 175 BC.  And it is still so.

Benjamin Franklin and Mary Macarthur achieved great things but my old neighbour across the road has not been forgotten either.