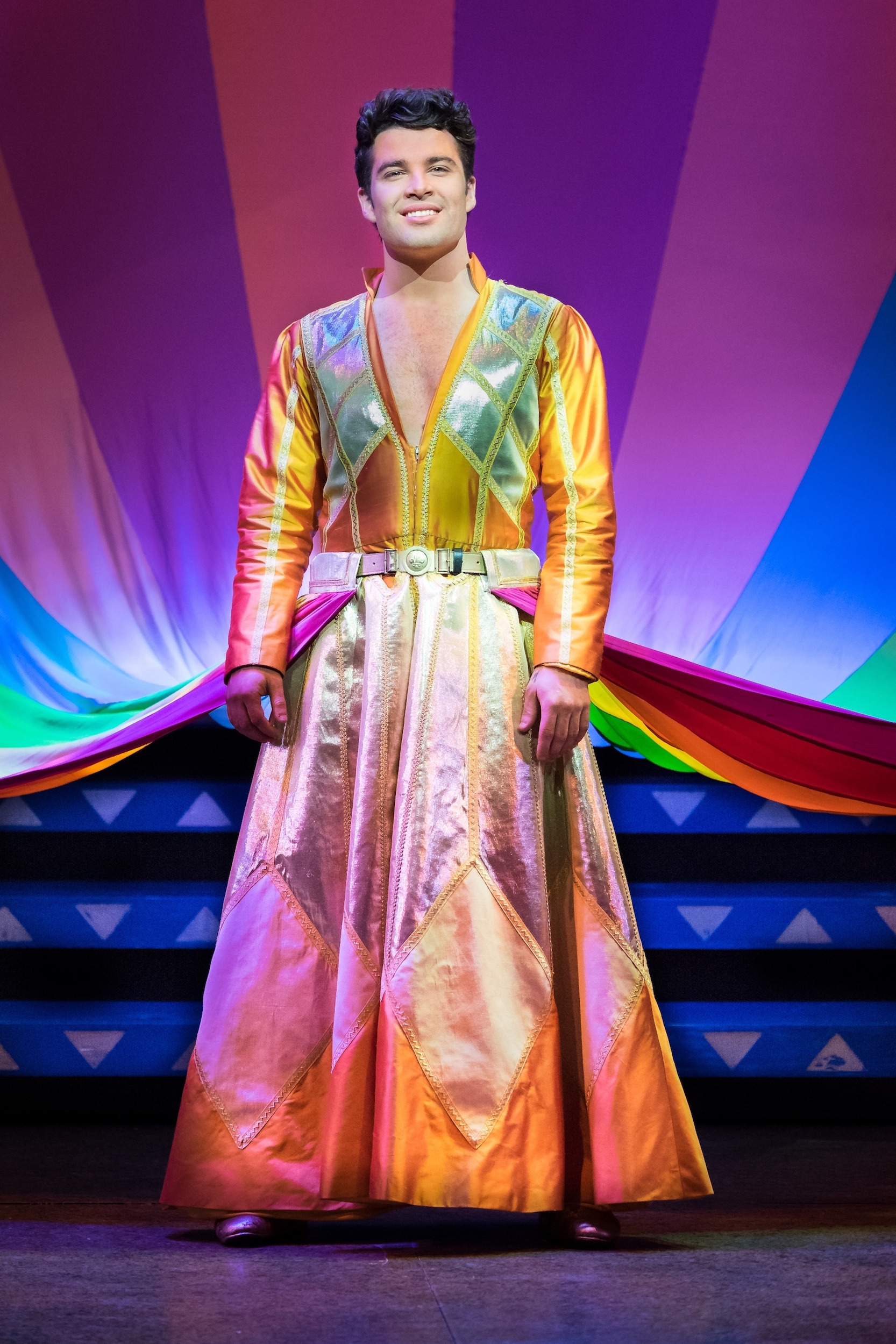 Last night the first showing of the classic biblical-based knees-up, Joseph and the Amazing Technicolor Dreamcoat, premiered in front of a large audience at the Edinburgh Playhouse.

Despite assumed issues with self-inflating sheep, the opening was one was immense colour and music. The stage was set for what was to become two hours of very fast, very quirky and very well choreographed entertainment.

The lead role, Joseph, was played by 2009 X-Factor winner Joe McElderry.  Joe’s on-stage presence is impressive, not just for vocal ability but for its comedic value as well: however many of the cast must be heralded this way. The well-known story centres on Joseph as he comes to terms with his unfortunate circumstances.

Joseph receives a large multicoloured coat, demonstrating him as the favorite by his father Jacob (Henry Metcalfe). His jealous brothers sell him into slavery, but Joseph has a knack for interpreting dreams. He encounters several wacky characters as he searches to find the answer to his own dream. He is sold to Potiphar (Henry Metcalfe) and his wife (Salle-Beth Lawless); he becomes a consult to the Pharaoh (Ben James-Ellis), and eventually re-encounters his wicked brothers once again as a famine plagues their homeland.

Lucy Kay, who is the narrator in the story, has an amazing vocal capacity. Along with her choir of children, Kay sings harmoniously alongside the other characters, or hauntingly atonal depending on the atmosphere.

Joseph’s brothers, played by an eleven talented singers, adds a ‘West Side Story’ feel to the show. Webber uses many different themes to portray the biblical tale of Joseph. There is country music, french cabaret, swing, blues and of course a long mega-mix sequence at the end combining all of the songs together.

As for the stage, the Playhouse offers a lot of creativity. The stage, set up like two large staircases, fitted well with the themes of Egypt, Canaan and the Prison. The simplicity of the stage, albeit ornately decorated, was perfect. It allowed the colours to flow from the cast and their very extravagant costumes. The finale at the end is where all of the smiles, the colours and songs come together in one final mash-up.

The whole performance was well received by the toe tapping, hand clapping, audience. Eventually the crowd rose from their seats during the finale to offer a standing ovation to the cast and crew.

The show runs for 2 hours and is heavily music based with very little dialogue. If you are a musical fan then this is definitely the show for you. It’s suitable for children and adults alike. And I’m sure tonight they will have figured out how to fix those self-inflating sheep!

Joseph and the Amazing Technicolor Dreamcoat will run from 14th-18th- March at the Edinburgh Playhouse.