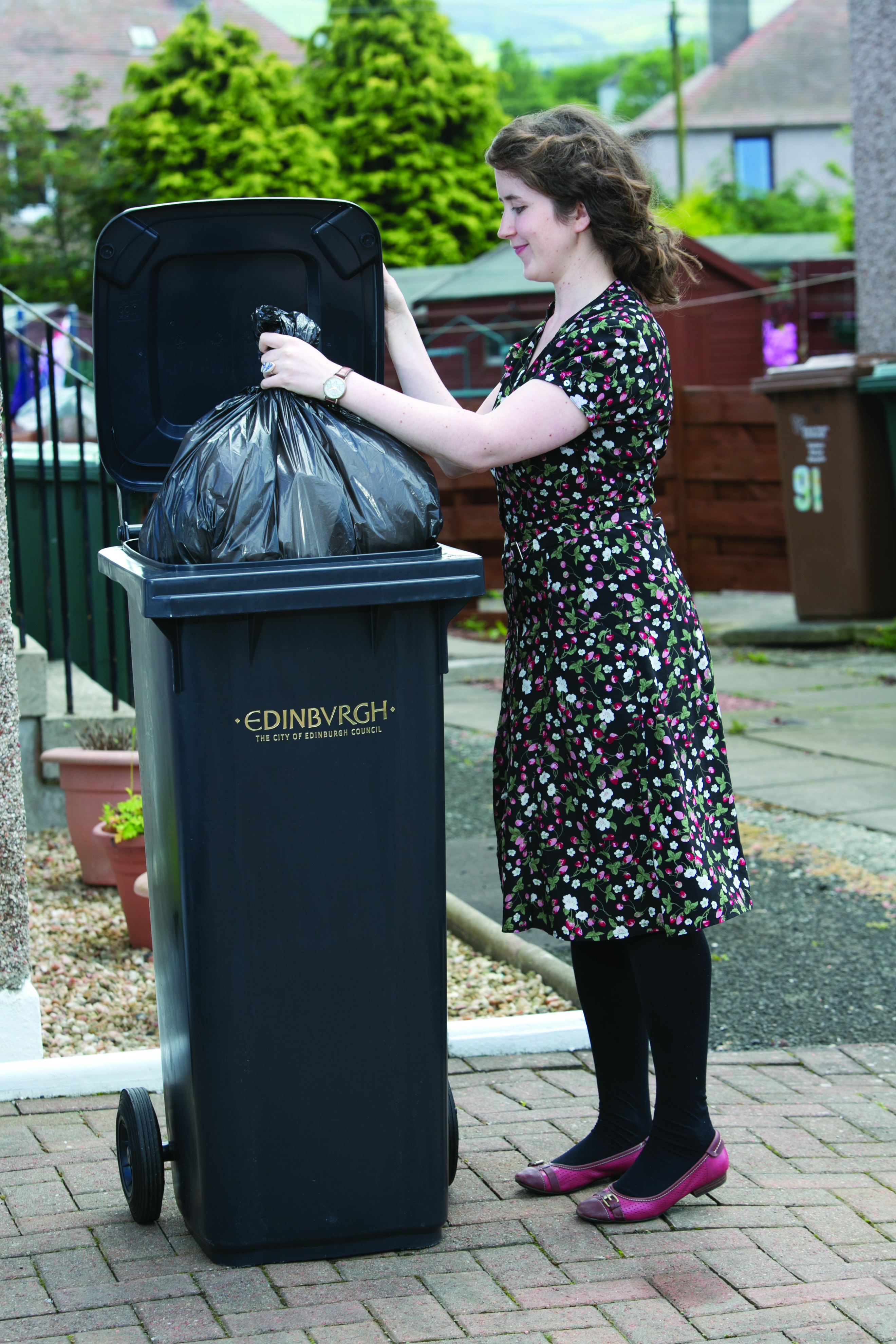 Home News Council claims recycling rates are on the rise
Share
Facebook
Twitter
Pinterest
WhatsApp
Print
The City of Edinburgh Council says that recycling rates are climbing after new policies which they have introduced. Recycling has been made simpler in the last two years, by allowing all recycling to go into one container. The latest Landfill and Recycling report to Transport and Environment Committee on Tuesday (21 March) shows an increase of 1239 tonnes – more than 1% – in recycling citywide on 2015/16 for the year to date, while the amount of unrecycled waste has dropped by 2.6%.
Rising recycling rates have in part been attributed to improvements to the service, including the introduction of new kerbside dry mixed and glass recycling collections to more than 140,000 households.
This continues to see levels increase – 9% more waste was recycled in this collection stream in the year to date than 2015/16 – while enhanced food recycling collections have resulted in an 8% rise.

Waste recycled in communal packaging bins serving flats and tenements has also risen significantly for the year to date, and is up 39% from 2015/16 following the introduction of additional facilities.

A separate report to next week’s Transport and Environment Committee – Redesign of Recycling Services in Tenements and Flats – outlines a proposed way forward for the further expansion of recycling services for such properties.

Transport and Environment Convener, Councillor Lesley Hinds, said: “As a Council we are 100% committed to increasing the amount of waste recycled in Edinburgh. Over recent years we have implemented several changes to make recycling easier for residents, and these are clearly having a positive impact.
“While maintaining this focus on recycling, we recognise that improvements need to be made across the service, and I’m pleased to see that our ongoing efforts are making a difference. That said, there is no room for complacency, and we will continue to direct resources into completing the outstanding actions in our Waste and Cleansing Improvement Plan to achieve a better service for everyone.”
The Landfill and Recycling update reports a 20% drop in average weekly complaints from the previous quarter, with just 0.17% of collections resulting in a customer complaint (1042 a week).
This follows the introduction of the 65-point Waste and Cleansing Improvement Plan, first agreed by councillors in November 2016, which aims to address perceived poor quality in the waste collection and street cleansing services.
An update on the plan, reports good progress, with 46 of the actions already achieved. Amongst improvements made so for are a reduction in the number of reported missed collections and an increase in the percentage of street cleansing enquiries dealt with within timescale – 96% as of February 2017 – while solutions have been identified for households experiencing repeated missed collections.
Additional actions include the ongoing recruitment of permanent staff to the service, the successful roll-out of the award-winning ‘Our Edinburgh’ campaign to discourage anti-social behaviour like fly-tipping and littering and the introduction of new, lower charges for special uplifts – £5 per item as opposed to £26 for up to six.
Find out more about rubbish and recycling on the Council website.