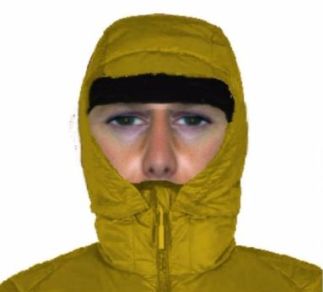 Police investigating the robbery and attempted murder of a taxi driver in West Lothian have issued an e-fit image one week on from the attack.

The man is described as white, in his late 20s or 30-years-old, of skinny build, 5ft 10in, clean shaven and described as having a “very distinct large nose”.

He spoke poor English with a foreign accent and was wearing an army green-coloured hooded top with the same colour of green bottoms. He wore it with the hood up but underneath wore a dark-coloured hat pulled down to his eyebrows.

He spoke good English with a foreign accent and was wearing a black hooded top with white toggles hanging down from the hood with no logos or writing on it, dark-coloured formal-type trousers or combats and black woollen gloves.

Detective Inspector Paul Batten said: “One week on from this horrific attack, I would firstly like to thank the public for their continued support and assistance with our investigation so far.

“We have been pursuing various lines of inquiry to trace those responsible and will continue to do so until they have been brought to justice.

“I would ask our communities to study this e-fit image and contact us immediately if they believe they recognise the individual, or if they have been approached by anyone looking to pass on or sell any of the jewellery that was stolen from the victim.”

Anyone with information into the incident can contact Police Scotland on 101. Alternatively, an anonymous report can be made through the charity Crimestoppers on 0800 555 111