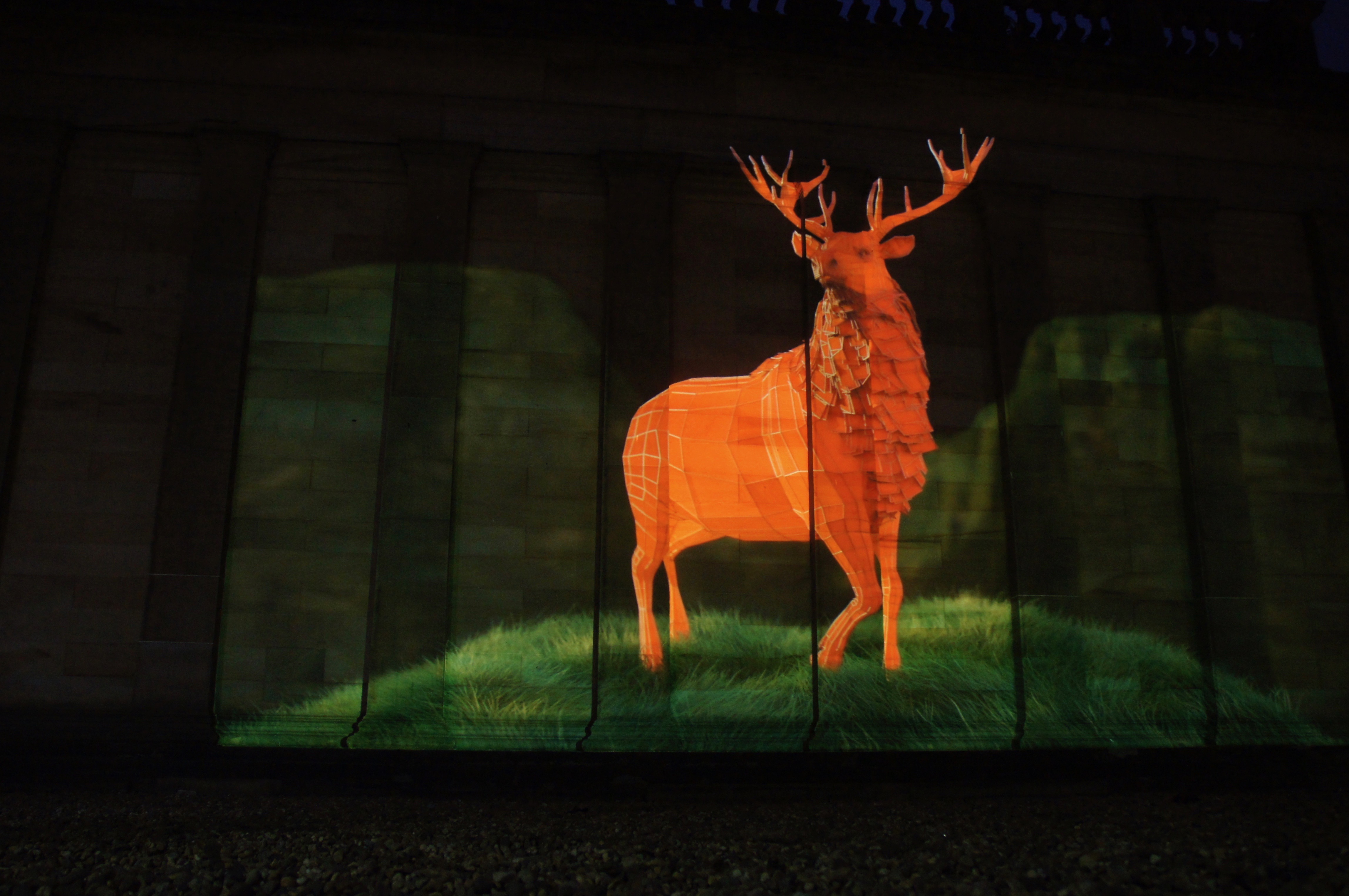 Last night at The Mound (and again tonight Friday) the National Galleries of Scotland (NGS) put on a light show.  The animation of a deer on the side of the gallery is to highlight the fundraising campaign launched to save The Monarch of the Glen by Sir Edwin Landseer for Scotland.

The Heritage Lottery Fund and Art Fund have supported the campaign already but now it is the turn of the public to help  raise the remaining sum of £750,000.

In a partnership between NGS and the painting’s current owner, global drinks company Diageo, terms were agreed in November last year to acquire the painting.   Diageo is to gift half the estimated market value of the iconic work and NGS were invited to acquire the work for £4 million.

If the fundraising is successful then the painting will remain on public view in Scotland where it can be enjoyed by the millions of visitors who come to the Galleries every year.

We had a word with Sir John Leighton about the fundraising for The Monarch of the Glen #loveitdeerly pic.twitter.com/yhjmSoGOWv

NGS was given four months to raise the funds required so the deadline is now a month away, on 17 March.

The Heritage Lottery Fund (HLF) has agreed to support the campaign with a donation  of £2.75 million, with Art Fund also gifting £350,000.

Along with other donations and pledges, this means that the NGS has already raised £3.25m towards the final target.