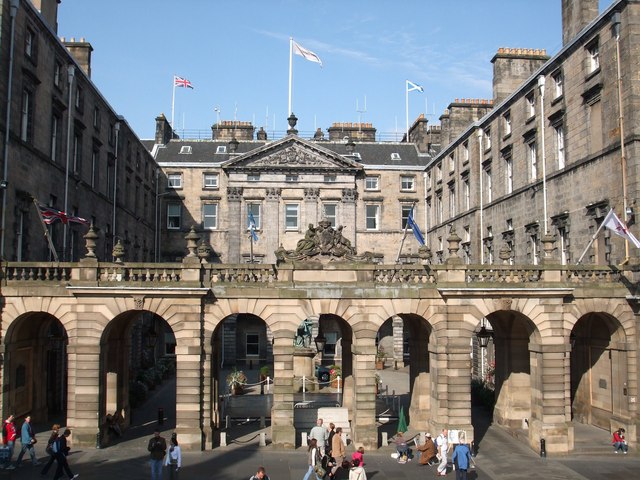 There was a time when all government was local government.  Your town council organised most of public life, schools, colleges, hospitals, social and welfare services, waste collection, water and drains, trams and buses, police and fire brigades. Now, in Scotland at least, they are just a shadow of what they once were.  And, in my view, that’s a great pity.

This week’s council tax decisions illustrate the point. Council tax makes up only 15 per cent of a council’s funding, the rest comes from central government, either from Holyrood or Westminster. And councils, stripped of their funding, have also been stripped of their responsibilities.  Now they are only in charge of schools, social services, transport, parks and libraries and emptying the bins. And they have to operate within tight central guidelines. Even their planning decisions can be overturned by central government.

And there’s more. For the last 10 years, the SNP government has frozen council tax. Only this year have councils been allowed to increase their local tax, and even then, there’s a top limit of 3 per cent.  As I write, most councils are going for a 3 per cent rise…..Edinburgh, the Borders, Midlothian, East Renfrewshire, the Western Isles. A few are keeping it frozen – South Lanarkshire and  Inverclyde.

In Aberdeenshire, councillors have opted for a thrifty 2.5 per cent increase and Glasgow, West Dunbartonshire and Fife are likely to follow suit.

All in all, the increase will only mean £1 more a week in the typical household bill of £1,200 a year.  However, those in the grandest houses will pay much more this year, as the tax rate has been increased on the upper bands of house-value.  Annual bills will range from £800 a year to £2,900.

Business premises also pay local tax, of course, since they too are using local services. This is set centrally and this year there’s been squeals of pain at the increase because of a revaluation of rental values after seven years of slippage.  Currently, if your business premises have a rental value of, say, £35,000 a year, you will be paying half that in business tax, but if your rental value is less than £15,000, you will be paying nothing at all.

As in all tax matters, the system is fiendishly complicated and selectively  political. Suffice it to say that no one believes in paying for the public services they demand and the politicians are left squaring this irresponsible circle.

Last week, the Scottish Parliament made its contribution to the debate by agreeing the SNP’s £30bn budget. Only a third of this total is going to the 32 local authorities. That’s left the councils complaining that they are being forced to make £200m of cuts in services.  But while that row is continuing, the parliament moved on this week to pick another row with Westminster by voting overwhelmingly against Brexit (only the Conservatives and a few Labour rebels voted in favour).  This was no surprise, since 62 per cent of Scots voted to remain in the EU in last summer’s referendum.

On Thursday, the official report was published into last winter’s school building crisis in Edinburgh.  A wall fell down at one of the city’s new schools during a January storm. Luckily it happened just before the school day began. An immediate inspection of the workmanship prompted the closure of 16 similar schools and nearly 8,000 pupils had to be bussed to other accommodation while urgent repairs were carried out.

The report has found that insufficient wall-ties were in place (and they were the wrong type anyway) and much of the bricklaying was slapdash.  The fault, the report concludes, was in the inspection regime – not the private finance model involved – and it suggests that everyone in the construction industry needs to learn lessons from Edinburgh’s lucky escape.

The other big issue of the week has been the decommissioning of oil platforms in the North Sea.  Around 100 structures will need to be removed in the next eight years as the oil and gas fields are exhausted.  It’s a huge industrial project in its own right, costing an estimated £17bn.  Shell has started the ball rolling with a plan to remove three of its platforms from the Brent field.

But controversially, the legs and some of the concrete foundations are to be left on the sea bed.  That’s breaking the oil company’s “legal and moral obligation to clean-up their mess” as the environmentalists are putting it. And most of the decommissioning costs are to be borne by the tax payer in tax relief. On the other hand we have had the use of the oil and gas, and £20bn in tax revenues, from Brent over the last 40 years.

The perils of the North Sea were once again in the news this week when a major search was launched for a kayaker who went missing off the Moray coast.   He set out from Portsoy on Sunday and his kayak was found abandoned 50 miles north at Lybster on the Caithness coast on Monday evening.  Aircraft and lifeboats and volunteers on foot searched the coastline in dreadful weather conditions for three days, until finally on Thursday afternoon his body was found, not far from the kayak.

Last weekend the Royal Society for the Protection of Birds (RSPB) annual garden bird-watch took place when citizen scientists are asked to report the birds seen in their gardens during one-hour of the weekend.  I’m not proud to say that I got the lowest score in the whole of Scotland: two magpies. No doubt it will form part of another dismal report on the decline of our wildlife.

But all is not lost, because the RSPB this week reported that it had raised £275,000 in less than a month to buy a crucial 112 hectares of land extending its bird reserve at Mersehead on the Solway Firth.  So at least some people are trying to save our wildlife before it all disappears.