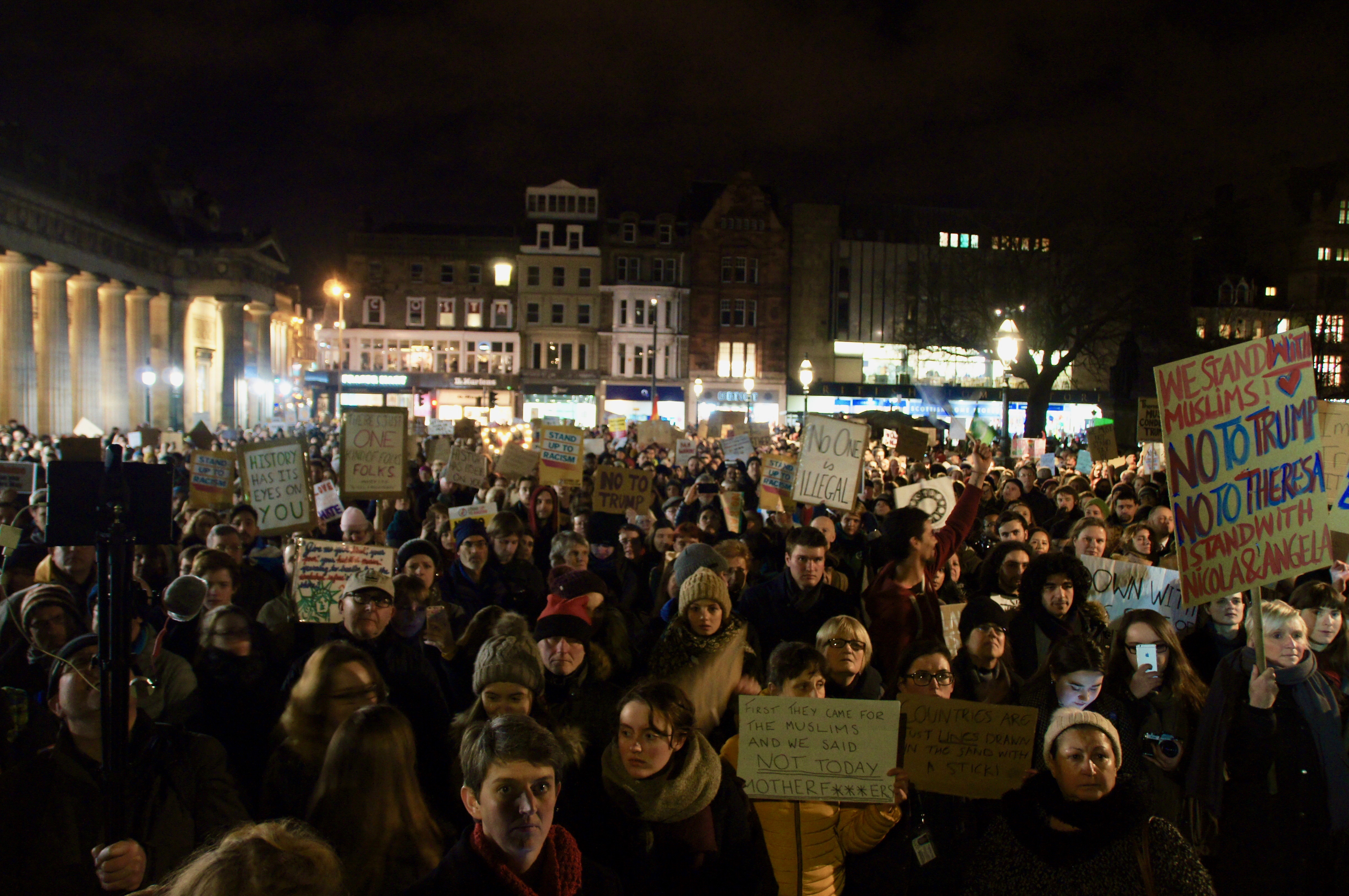 Several thousand people, perhaps as many as 7,000 gathered at the foot of The Mound earlier this evening to peacefully protest against Trump and his immigration ban.

What some people were out on a cold Monday night marching for pic.twitter.com/1D4BeId721

There were a couple of speeches and then the crowd set off along Princes Street by way of Waverley Bridge to gather outside Holyrood.

Maggie Chapman the co-convener of the Scottish Greens was one of the speakers and was welcomed by loud cheers. She introduced herself saying: “You have our complete support. We stand here showing solidarity with Muslims and so many others who are bearing the brunt of racism, xenophobia and fascism of Trump. I stand before you as a woman, a nasty woman. I stand before you as an immigrant from the global south, but an immigrant whose skin colour and accent gives me status privilege and advantage.”

Assad Khan from the Edinburgh University Islamic Society said: “I am so happy to see so many people turn out this evening on a cold Monday night. We have to stand up, we have to organise ourselves. We have to mobilise, we have to unite. We have no choice!”

Shuwanna Aaron NUS Scotland Black Students’ Officer : “I think it is so important that we gather here today especially in the face of such appalling events, that we have crowds like this gather in defence of our communities that are increasingly under attack. When we gather in solidarity we do so not only to show our outrage and disgust but to show that regardless of the hurdles we face in our own lives we do care about our communities.”