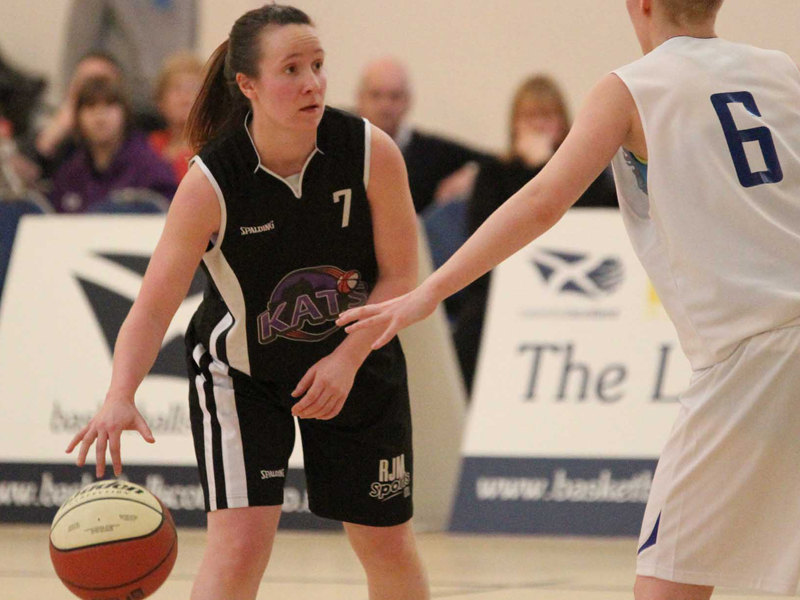 City of Edinburgh Kats are kingpins of Scottish Basketball having clinched the championship again.

They wrapped-up the silverware by defeating Tayside Musketeers 72-53 at Portobello High School.

It is a magnificent seventh Scottish National League title and their third in the last four seasons.

A strong start from Kats handed them a lead 25-14 after the first quarter which they extended to 43-29 at half-time.

A mini-comeback from Tayside saw them trade baskets for much of the third quarter with Kats leading 58-46 heading into the final session.

But a strong opening saw Kats extend their lead and close out the game.

Scottish internationalist Emma Findlay led the team with 16 points and was well-supported by Nicola McBrierty who chipped in 14.

Now Kats will be looking to add the Scottish Cup title next weekend when they face Tayside again in Sunday’s final at the National Performance Centre.