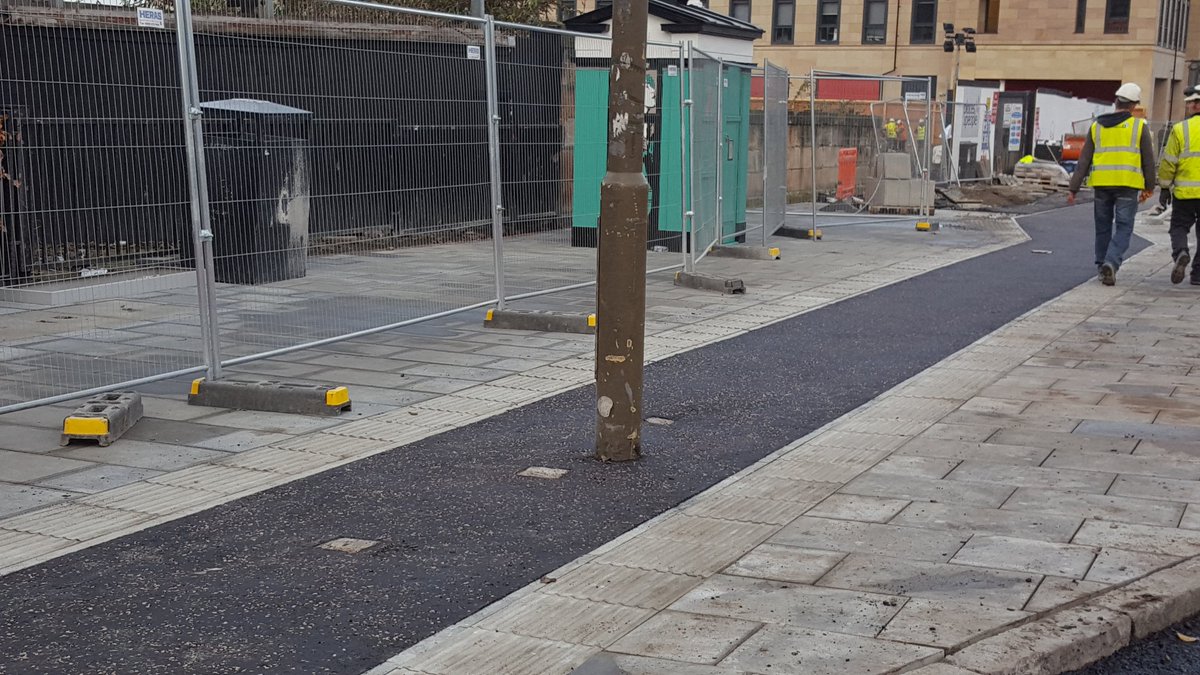 Home News Interesting design feature on newly laid cycle path on Leith Walk
Share
Facebook
Twitter
Pinterest
WhatsApp
Print
The council appears to have fouled up on the new cycle path which is now being constructed on Leith Walk past the police box which is used by the Edinburgh Tool Library. Except they couldn’t use it on Saturday 10 December as tarmac was being laid outside.

Just next to the police box in the middle of the newly laid tarmac there is what looks very much like (oh yes it is….!) – a lamp-post.

The sharp-eyed Lady Leith tweeted about this first of all on 22 November and secondly on 10 December:

The Edinburgh Tool Library are keeping the pressure up:

…finished that #cyclelane @CityCentreLeith? Rumours of more disruption, “wrong tarmac colour”, “no electrician 2 move it”. Say it ain’t so pic.twitter.com/HlkbvucANC

However the Transport Convener, Councillor Lesley Hinds, has been quick to point out that the council will of course do something about it: