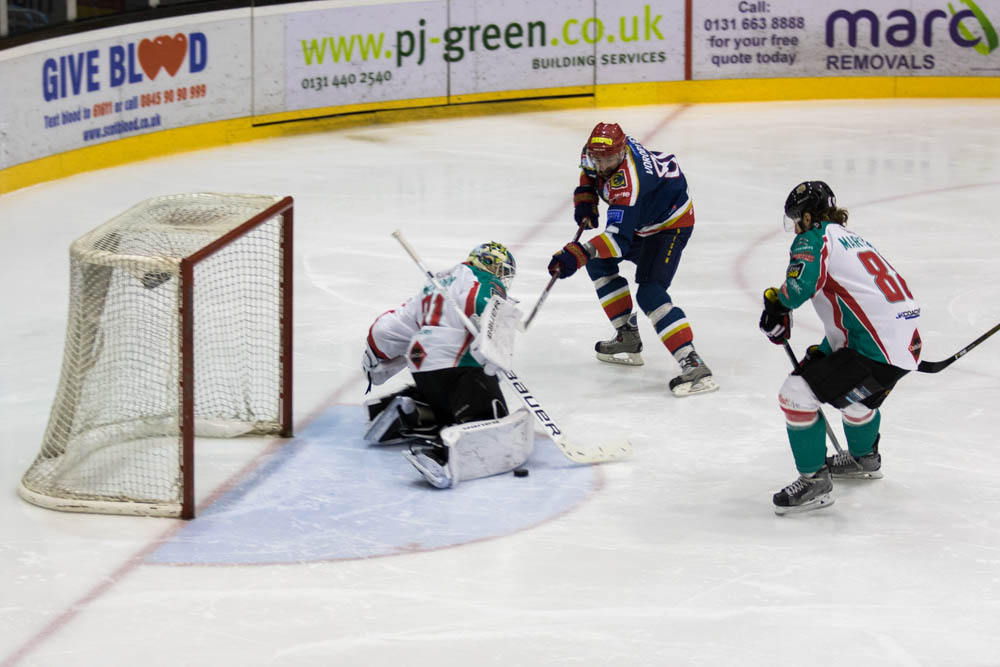 MICHAL Dobron eyed next weekend’s double-header at Braehead Clan on Saturday (7pm) and at home to Fife Flyers 24-hours later (6pm) and said: “We need to take points.”
The Murrayfield men currently look up at the rest in the ten-strong Elite League from bottom spot with only 13 points from 16 fixtures and are two points behind second-bottom Coventry Blaze but with three games in hand.
Braehead are eighth with 16 points from 20 starts and high-flying Fife Flyers are fourth with 20 points from 18 games.
Czech-born Dobron, reflecting on Saturday’s 6-2 defeat at runaway league pace-setters Cardiff Devils and Sunday’s 6-3 home reverse to Belfast Giants, who are third, said: “In two games we lost 12 goals.

“We played two periods in Cardiff and against Belfast we played better but in the second period we made some mistakes and Giants scored goals.
“In the third period we were only 4-3 behind but then made some bad mistakes with two minutes left.
“We can play this game but I said to the guys (in the dressing-room) that next weekend will be a new start for us.”