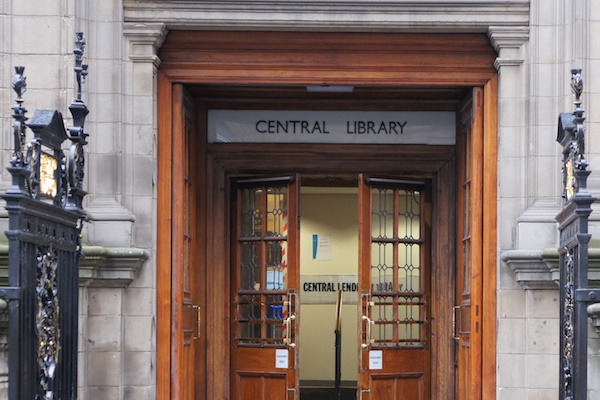 The Red Kiosk Company has applied for planning permission to site two phone kiosks somewhere on George IV Bridge and convert them into office pods. The application says that the boxes will be sited outside the Central Library but the layout (shown below) shows them sited outside the National Library.

Whichever side of the street they are on, each phone box will have a seat and desk with printer and scanner, electric sockets and keypads inside and out.

The company says that it sets out to ‘break new ground on old territory’, using the great architecture of the phone box. They began in 2014 and have begun to convert some of the 8,000 Sir George Gilbert Scott K6 design phone boxes into small retail businesses such as coffee shops and repair shops.

They have converted others across the country into retails pods within the outer body of the box. They work alongside the Thinking Outside the Box charitable trust and 10% of their profits go back into local community projects.

Each box costs from £9,995 or you can lease them on a daily basis. The company’s website says that there is one available outside 67 High Street, but their website is a little out of date so we are not convinced that is in fact the case.

Have a look at what they have planned here: