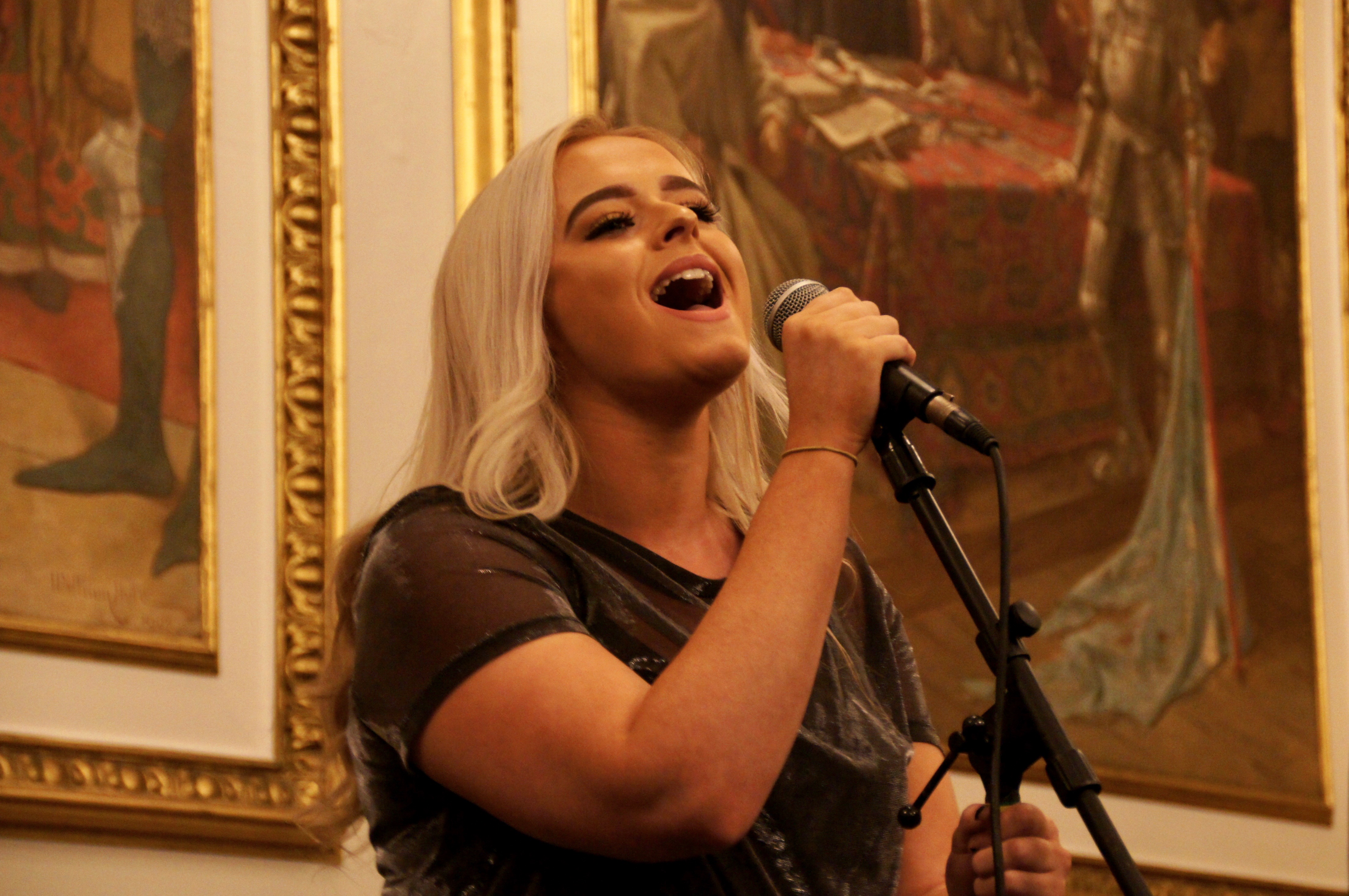 Caitlyn Vanbeck the young singer from Tranent who shot to our notice on X Factor provided the entertainment, and the City Chambers certainly came alive!

Other entertainment on the night will be provided by actor Christopher Biggins and comedian Susan Morrison.

The Lord Provost, Donald Wilson, said: “The OneCity Trust is a charity close to my heart. Scotland’s great Capital has much to be proud of, but there are many people who do not have access to the privileges living in Edinburgh brings. It is my mission to tackle all forms of social exclusion in the city and to bring about a true sense that we all belong in ‘One City’.”

The charity helps to fight against social exclusion across the city and The Lord Provost’s ‘Rapid Action Fund’ is established within the framework of the OneCity Trust. The purpose is to provide resources for swift action on social exclusion and locally identified needs. This is done through the award  of small grants to charities or constituted groups within Edinburgh.

You can listen to our interview with the Lord Provost here :

You can still buy tickets or book tables for the event on 26 January at Prestonfield House by clicking here.