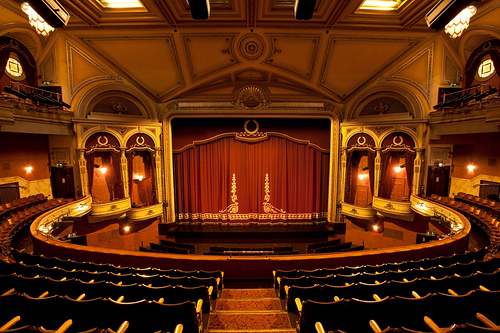 The King’s and the Festival Theatre have some amazing shows lined up for you in the New Year.

In January they have everything from Shakespeare to Simon & Garfunkel for you. The listing is below. MUSIC
Simon & Garfunkel Tribute
Festival Theatre
Fri 27 January, 7.30pm
Accompanied by a live string quartet, Bookends perform the most authentic sounding tribute to the unforgettable music of Simon & Garfunkel. Made up of Dan Haynes & Pete Richards,
Bookends have toured extensively with their concerts being described as “simply breathtaking”.

Follow the expeditions of some of today’s most incredible adventurers, see amazing footage of adrenaline packed action sports and be inspired by thought-provoking pieces shot from the far flung corners of the globe. Different film programmes will feature on the matinee and evening shows.

War. Sex. Power.
After two decades of war the men are dying and the women feel powerless to stop it. Lysistrata gathers together women from every state to enact her plan. The men will be denied what they desire the most. To get it back, they must agree to peace. Full of raucous humour, buffoonery and packed with doublé entendre this radical adaptation will challenge and excite.