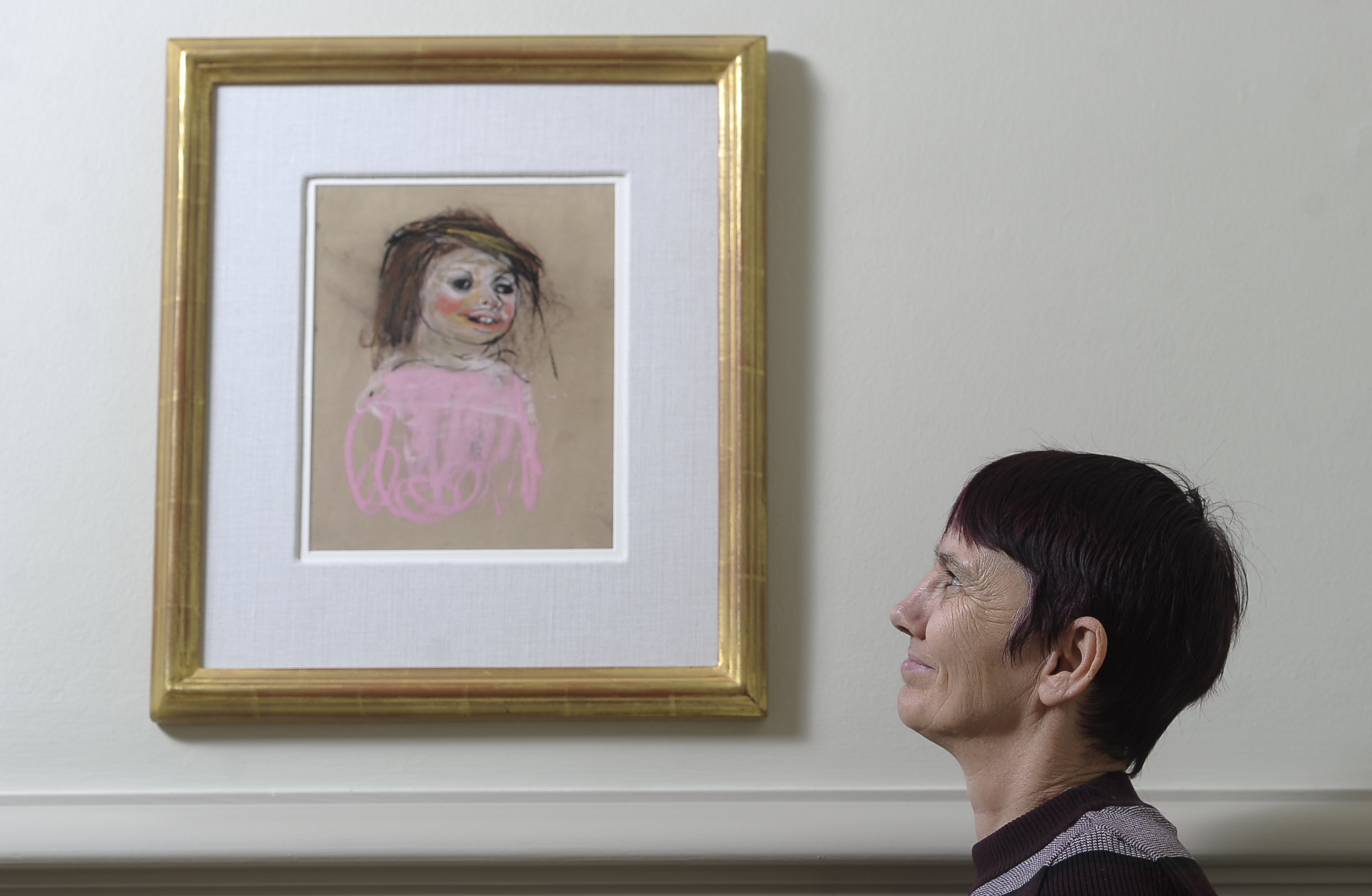 The newest exhibition at the Scottish National Gallery of Modern Art (SNGMA) this winter offers you an unprecedented opportunity to trace the life and work of one of Scotland’s most admired artists.

Joan Eardley: A Sense of Place will chart – through previously unpublished archival material and loans from private collections – the exact movements and unique working methods of the artist Joan Eardley (1921-1963).

Never before have visitors been able to so closely follow the many developments of Eardley’s brief but remarkable career.  She captured two main subjects, the slums of Glasgow’s Townhead district and the fishing village of Catterline on the north-east coast of Scotland.

Paintings borrowed from both private and public collections accompany those from the Gallery’s own collection and the raft of material from an unpublished and largely unknown archive of sketches and photographs gifted to the Gallery by Eardley’s sister Pat Black in 1987. These incredible yet fragile testaments of her working procedure, which demonstrate the transition of Eardley’s art from initial conception to finished article, have been specially conserved and presented exclusively for this new exhibition.

New research has pinpointed the exact locations of many of the paintings, and detailed maps of Townhead and Catterline will feature in the exhibition and in the lavishly illustrated 132–page catalogue, allowing readers to place themselves in Eardley’s footsteps like never before.

Patrick Elliott, Chief Curator at the Scottish National Gallery of Modern Art, said: “We have tried to recreate Eardley’s working process, to show how she made the work, from sketch to finished painting, and attempted to track her movements as precisely as possible: in many of the Catterline paintings, you can say exactly where she was standing, almost down to the nearest inch. Visitors to the exhibition will, as it were, be looking over her shoulder, in what will be the most detailed and personal insight into Eardley’s life and art to date”.

Born in Sussex in 1921, Joan Eardley moved to Glasgow in 1940 and studied at the Glasgow School of Art. Her paintings of children playing in rundown tenements and her Catterline landscapes are among the most celebrated works in Scottish art, and are consistently the most popular in the Gallery’s collection, with public requests to display them eclipsing even that of Pablo Picasso (1881-1973).

Tragically, her career was cut short at the age of 42 by cancer, but the exceptional quality of the art produced in a career lasting barely 15 years leaves the lingering thought of what Eardley may have achieved, had she lived longer.

Eardley moved regularly between Townhead and Catterline, two locations which on the surface contrast but were at heart not much different; both were tightknit communities under pressure, possessing a peculiar and, to Eardley, alluring ‘sense of place’.

Townhead, where Eardley produced her works most faithful to realism, was bulldozed in the 1960s and no longer exists, whilst Catterline, host for her highly expressive, near-abstract art, remains almost perfectly preserved, the accuracy of her landscapes still evident to this day.

While many of her Scottish contemporaries, including Alan Davie and Sir Eduardo Paolozzi, headed to London, Eardley opted to rent a studio in the overcrowded, dilapidated surroundings of Townhead. A Sense of Place will display many photographs made by Eardley and her friend Audrey Walker during this time – of children, corner shops and tenement rows – alongside the resulting artworks. These photographs have a haunting quality: childhood and poverty are explored in a factual rather than sentimental manner.

Major paintings completed during this period include A Glasgow Lodging (1953), featuring the artist (and her life-long friend) Angus Neil in his studio, and A Carter and his Horse(1952), a large work where bright blues and reds are powerfully contrasted with the muddied browns and concrete greys often found in tenement surroundings. This early demonstration of her immense talent, exhibited at the Royal Scottish Academy (RSA) in 1952, earned Eardley major recognition, being subsequently bought by the Ministry of Works (now the Government Art Collection). Normally on show in the British Embassy in Tokyo, it will be shown in public for the first time in decades.

Her interest in painting children dramatically increased with the relocation to a studio on St James’ Road in 1953, where she lived near the Samsons, a family of twelve children. The family were all willing and inquisitive models and are captured within many of the works in A Sense of Place.

Eardley first initiated trips to Catterline in 1952, and soon her circumstances had experienced a complete reversal, with brief trips to Glasgow punctuating the time spent at her new remote home. There, Eardley painted seascapes, stormy skies, salmon nets, beehives, fields and cottages, producing some of her most celebrated art.

Catterline remains much as it was when Eardley depicted it in paintings like  Winter Day, Catterline (1957–60), where sunlight the same red glow of burning embers spreads across a row of cottages, or Catterline in Winter (1963), the idiosyncratic and somewhat uncanny snowy landscape, and one of her greatest ever paintings.

Her work by 1957 had become more liberated, more personal and more expressive of her interior life, the process of painting the landscape changing her output. When asked to name artists who interested her, she thought first of Jackson Pollock (1912–1956) and his European counterparts, the Taschists, It is then of little surprise that less than two years later, Eardley was experimenting with near-total abstraction. In her series of pastel works entitled Approaching Storms (1963), the sea and sky occupy the whole picture surface, producing something akin to American Abstract Expressionism, the movement of which Pollock was a front runner.

Many of Eardley’s paintings during this period, predominantly painted on board, were heaving swarms of bold block colour, whilst her pastels teeter on the nonrepresentational, their forceful dark scores vigorously applied upon horizontal slabs of sea-blue.

Eardley’s already-established reputation burgeoned as her health and eyesight deteriorated – in 1963 alone, she was elected as a member of the Royal Scottish Academy, her solo London exhibition opened to great success and her paintings sold well, with two notable purchases by the recently opened Scottish National Gallery of Modern Art (SNGMA).

Sadly it was to be her final year, with the Gallery’s purchase of Children and Chalked Wall(1962-63) coming less than two months before she passed away on 16 August. The setting for the majority of Eardley’s stunning seascapes, the shore near the Makin Green at Catterline, became her final resting place, with her ashes scattered there upon her death.

The exhibition will coincide with considerable interest in Eardley’s work across the arts. Two works in the Galleries’ collection – Snow (1958) and Catterline in Winter (1963) – were the inspiration for composer Helen Grime’s Two Eardley Pictures, which received its world première at the Royal Albert Hall, London as part of the BBC Proms 2016. Snow will receive its Scottish première on 10 December at the City Halls in Glasgow, by the BBC Scottish Symphony Orchestra. Eardley’s life and work are also to be explored in a touring theatrical play from the Heroica Theatre Company, in association with Stellar Quines and the National Galleries of Scotland.