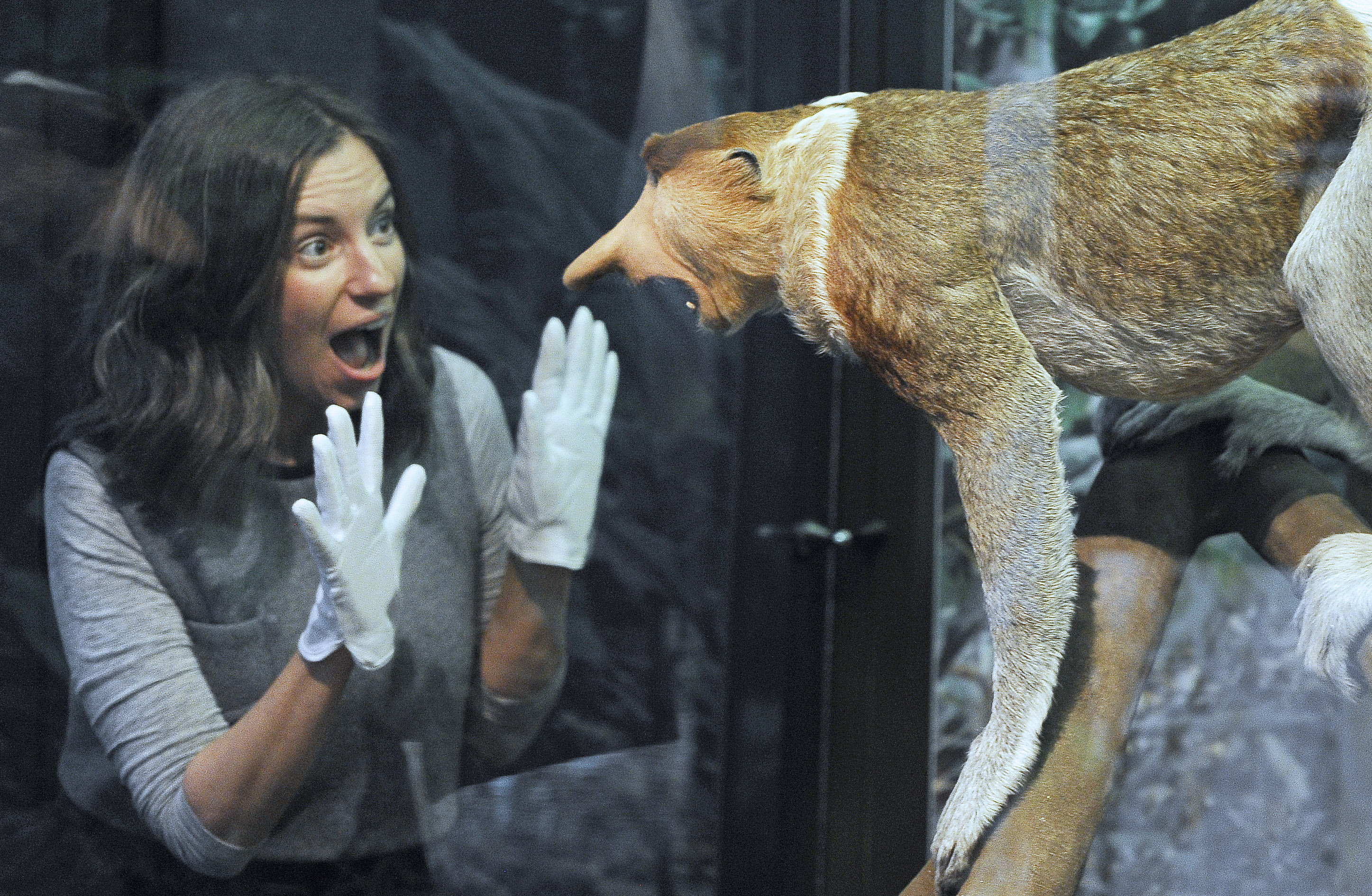 The jungle has arrived at the National Museum of Scotland as primates swing from the branches, hang by their tails and screech from the canopy in Monkey Business.

More than 60 spectacular new taxidermy specimens of monkeys, apes, lemurs, lorises and bush-babies are revealed in the most comprehensive exhibition on primates ever. The taxidermy was specially commissioned for the exhibition, which is the first to show primates behaving as if they were in the wild. Dynamic poses capture the wide variety of behaviours of some of the world’s most endangered primates.

Atmospheric lighting and naturalistic displays simulate an immersive jungle experience as visitors enter the exhibition and come face-to-face with the primates. The exhibition, which is supported by players of People’s Postcode Lottery, explores how primates have evolved and adapted, how they communicate, and the tools they have developed to obtain food. It reveals their complex social systems and looks at the relationship between primates and humans today.

A mouse lemur and a western Iowland gorilla, amongst the world’s smallest and largest primates, greet visitors as they arrive. Displays explore locomotion and feeding with a gibbon swinging through the trees and a chimpanzee fishing for termites. Visitors can learn about different primate diets, from eating leaves to gum and bamboo. Monkeys are shown using rocks to smash open nuts and seeds whilst an aye-aye is displayed using its long finger to retrieve a grub from behind bark.