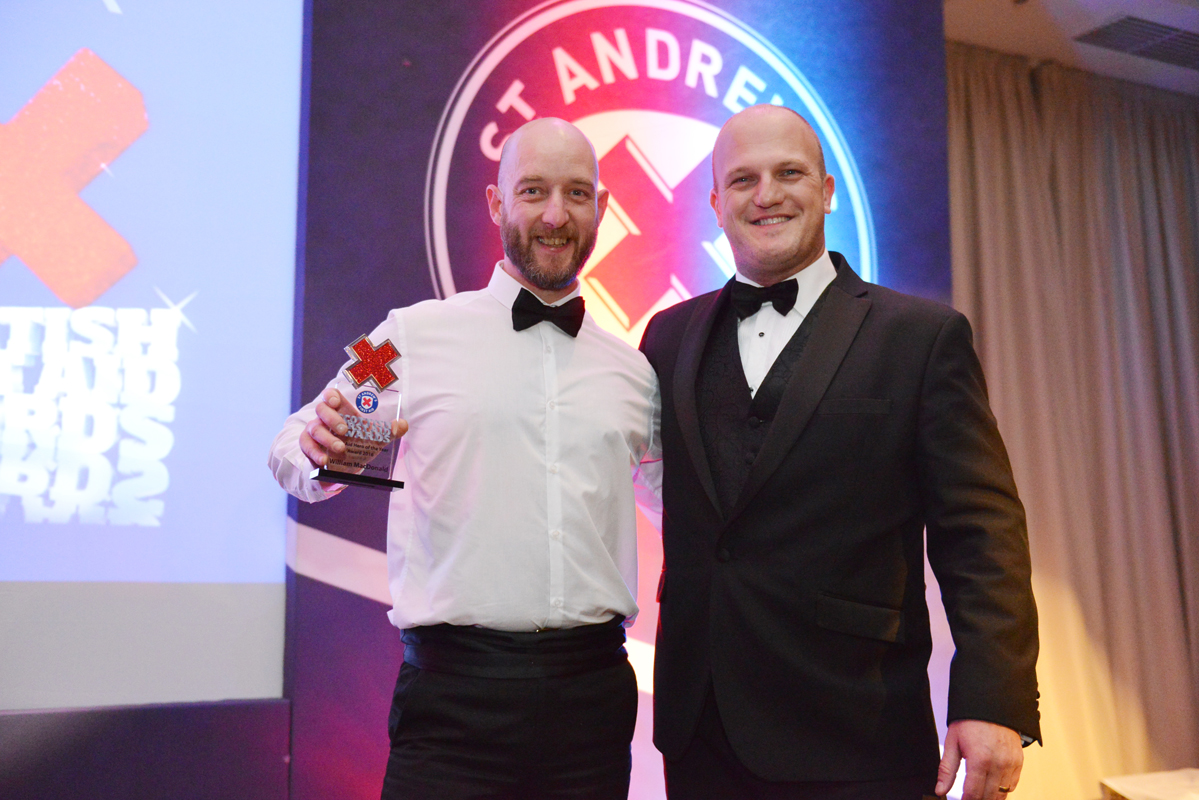 Three of the Scottish First Aid Awards chosen by St Andrew’s First Aid, have been brought home to Edinburgh. They were handed over at a ceremony in Glasgow  last Friday night. Sarah Milne ran a campaign to install defibrillators in RBS branches for the public to use. William MacDonald received the First Aid Hero award for helming a man who collapse on a pavement. William was on a bus at the time, but got the driver to stop and ran to help. He performed CPR and the man made a full recovery. George Nicolson Decorators have been recognised as the Small Organisation of the Year for their work in ensuring all their employees are trained in first aid. They also have a defibrillator on the premises and a sign outside telling the public about it.