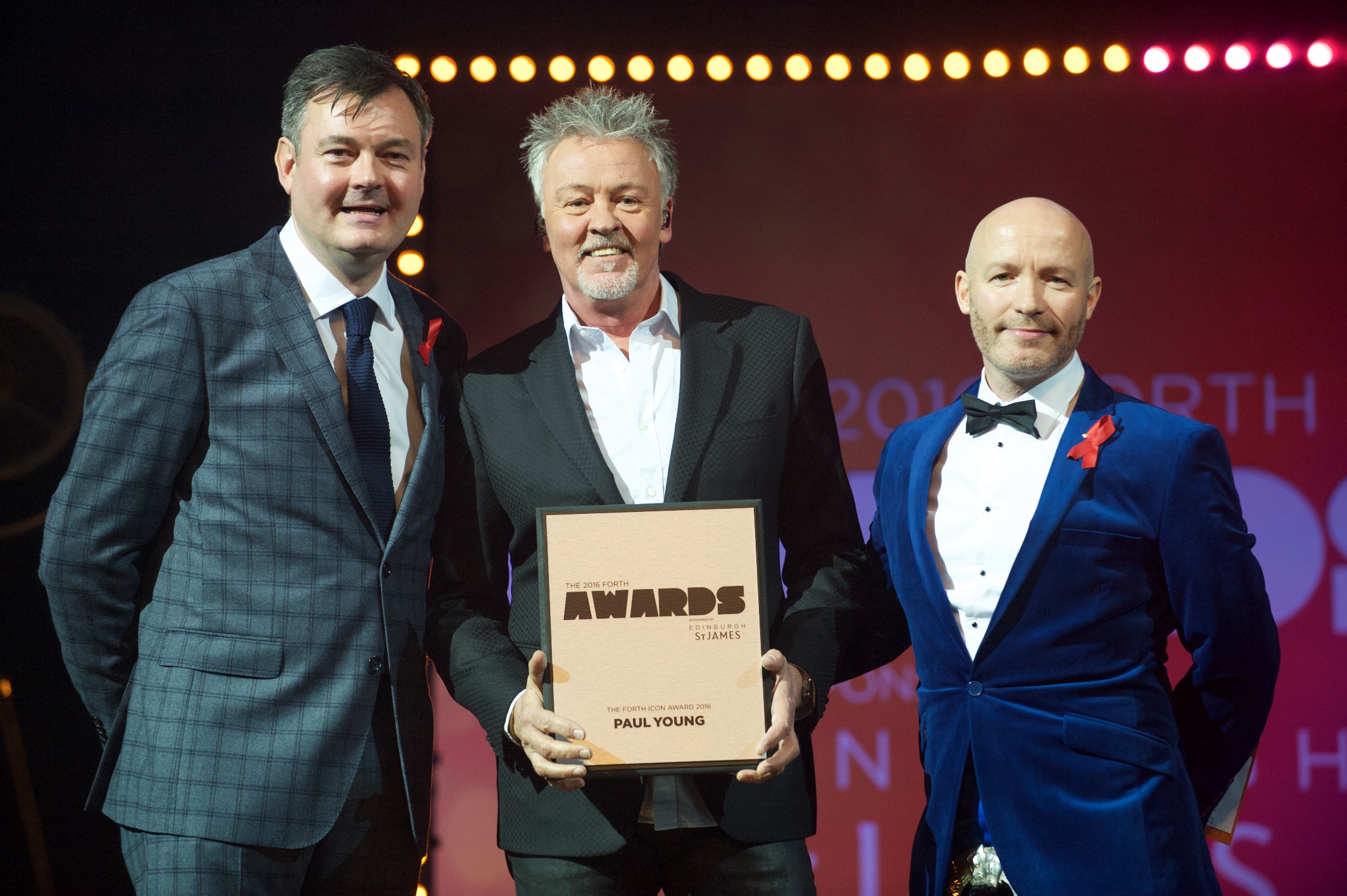 Ahead of their stint in Edinburgh as part of Edinburgh’s Christmas at the Festival Square Theatre,  stars from acclaimed Broadway musical Five Guys Named Moe opened this year’s show with their blend of toe-tapping jazz giving the audience a spectacular taste of what they can expect to see. Mark MacKenzie began the awards ceremony by presenting the Forth Best Bar Award to Edinburgh’s Sygn Bar and Boogie announced Olly Murs as winner of the Forth Best Artist Award. Then 2016’s winner of The Voice Kevin Simm took to the stage before Callum Gallacher presented the highly anticipated Forth Best Teacher Award to Debra-Ann Waugh. Debra-Ann’s sheer passion for dance, energy and commitment to her pupils at her school of dance won her the award from Forth listeners.

Acclaimed comedian Kai Humphries picked up the Forth Fringe Award before delighting the audience with a short stand up set.

Then it was the turn of the inspirational Tyler Moffatt, who was presented with the Forth Cash for Kids Award by Gina McKie. Tyler was diagnosed with severe Tourette’s syndrome, OCD, ADHD as well as traits of autism at just 12 years-old and shows outstanding bravery in the face of daily battles. He is constantly striving to help others by mentoring fellow Tourette’s sufferers, raising awareness and funds for the conditions, being an active member of his support group and one day has ambitions to join the police.
Winner of the Forth Icon Award, Paul Young received a standing ovation from the delighted audience after his short set, which was followed by an epic performance from the cast of Wonderland the Musical, an adaptation of Lewis Carroll’s famous world which will open its much anticipated UK run at the Edinburgh Playhouse in January 2017.
Hibernian Football Club were then honoured with the Forth Contribution to Sport award with team captain David Gray, Paul Hanlon and Liam Fontaine collecting on behalf of the club.
One of the biggest cheers of the afternoon was reserved for winners of the Forth Best Performance Award, Simple Minds, who followed their acceptance speech with a rousing set including crowd pleasers such as Alive and Kicking and the classic Don’t You (Forget About Me).
Arlene named Scott Glynn as recipient of the Forth Local Hero award. Scott has so far raised an astonishing total of £170k for various charities and his dedication to the community include the running of a Sports Memories Group for dementia and stroke sufferers and works with young people in East Lothian as part of the small charity Recharge Youth and Community Facility. Scott contributes so much to his neighbourhood and received resounding support from the Forth Awards audience.
Finally, bringing the day to an end was Paul Carrack, who was given the Forth Contribution to Music Award by Grant and Arlene and who then treated the audience to a phenomenal set of hits ranging from Mike and The Mechanics classic, Looking Back Over my Shoulder to Ace, How Long.
Cathy Kirk, Bauer Commercial Director, Radio Forth said: ”As we’d hoped, our 13th Forth Awards were just as wonderful as the last – we had a fantastic mix of legendary acts and new talent and there was an incredible atmosphere in the Usher Hall today. As a station, Radio Forth position themselves at the heart of the community so it’s a real honour for us to be able to reward people such as Tyler Moffatt and Scott Glynn who give so much back over the past year. They are the real stars of the Forth Awards and we are thrilled to see the crowd, acts and presenters coming together to celebrate them!”

Thanks to Rob McDougall for all the lovely photos!
info@robmcdougall.com
07856 222 103
www.RobMcDougall.com
Copyright 2016