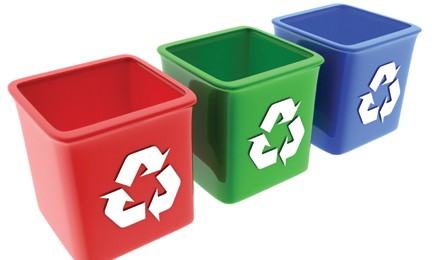 This is a tricky situation and one that makes me pause before I type. I lived with my grandmother for years and she was a keen recycler. She was also anything but infirm (a retort I feel compelled to make when anyone sees ‘grand’ before a relation) but was of such an age as she could do without the hassle of excess physical exertion (supply your jokes about looking after a twenty-something grandson below).

So despite the fact that she’s a spring chicken, she’s probably part of a small majority of widowed, 80-something women who are of good enough physical health and independence to still maintain the necessities of a household. Certainly, she was before a rogue car decided to knock her down, requiring a hip replacement and a year-long intensive period of rest and inactivity.

Despite her injury, she still diligently adheres to Edinburgh Council’s recycling  policy. She has her green recycling wheelie bin, something that stands at ¾ her size, her small grey food bin, a brown wheelie bin for garden waste, a grey wheelie bin for general waste, a blue box for glass and a red box for cardboard and paper. At a cost of £3m, Edinburgh Council turned green bins into recycling bins in 2014 which left residents with larger bins for recycling than their general waste. The move followed the change from a weekly to a fortnightly collection for general refuse in late 2012. Quite the pantheon of options, but quite a long time to wait until they’re collected.

Granny considers it a moral, as well as a practical, community responsibility to recycle. It’s not complained about, only undertaken, and many a bark was issued when I cavalierly ignored the regime. I was often dragged before the brightly coloured and (in my mind) obscenely complicated display brochure supplied by the Council which explains where everything goes and when it is collected.

On many issues, we butt-heads, usually to wind the other one up. We both agree however that Edinburgh Council, and many others across Scotland, are quite correct in making recycling compulsory (or certainly making it so difficult not to that it’s just worth doing it to save yourself the hassle).

Where we part ways is with who can and cannot commit to the scheme. My grandmother dutifully gets on with it, such is her way, whereas I think the council have completely ignored people who are infirm, disabled or elderly when creating a generic recycling policy. She scoffs at this complaint, namely because she is so independent herself. I maintain that not everyone is like her and the Council must be more aware and sensitive to imposing a general waste strategy for recycling on demographically diverse communities across the city. This is particularly true of disabled people or people with long-term, prohibitive medical conditions. Unless you can rely on good neighbours, everyday tasks can seem a daunting, even painful, necessity.

When you consider the amount of bending, standing, stretching and body movements involved in sorting rubbish, lifting containers and moving multiple bins more than twice a month and often several times a day (unless you want rubbish sitting in your drive all day) this grievance moves from being a cerebral complaint from someone in his prime to a serious issue for those of a certain age at a certain time in their life.

Edinburgh Council offers an assisted bin collection service, but it’s a questionable utility if the Council is already struggling to collect bins on time in the first place. There are regular delays to bin collection services which is making the recycling process a difficult one to manage for most households in the City, to say nothing of those homes with elderly residents or people in poor health (it’s been reported that the Council receives 120 complaints a day about late collections).

As my grandmother demonstrates, it’s not a reluctance to do their bit for the community. This is the generation that won the War and lived through rationing. If anything this is the generation that probably has a more altruistic community spirit than any other, certainly mine. Yet if general waste bins are getting smaller precisely so that you have to use the provided recycling containers, and if collections are getting more infrequent while delays are increasing, then there ought to be more thought given to those homes which make the effort but are finding the whole exercise an increasing difficulty.

What The City of Edinburgh Council must and should do is to introduce an exemption for anyone over the age of 65 or with chronic health complaints or a disability. They must religiously adhere to their pick-up schedules for these homes or supply larger, grey general waste bins as an alternative opt-out for those who are finding it difficult to manage through no fault of their own.

As a community, recycling is now considered a normalcy. The Council’s policy should then mature in practice and ethos to ensure that not only everyone does their bit, but that those who can’t are helped accordingly and fairly.