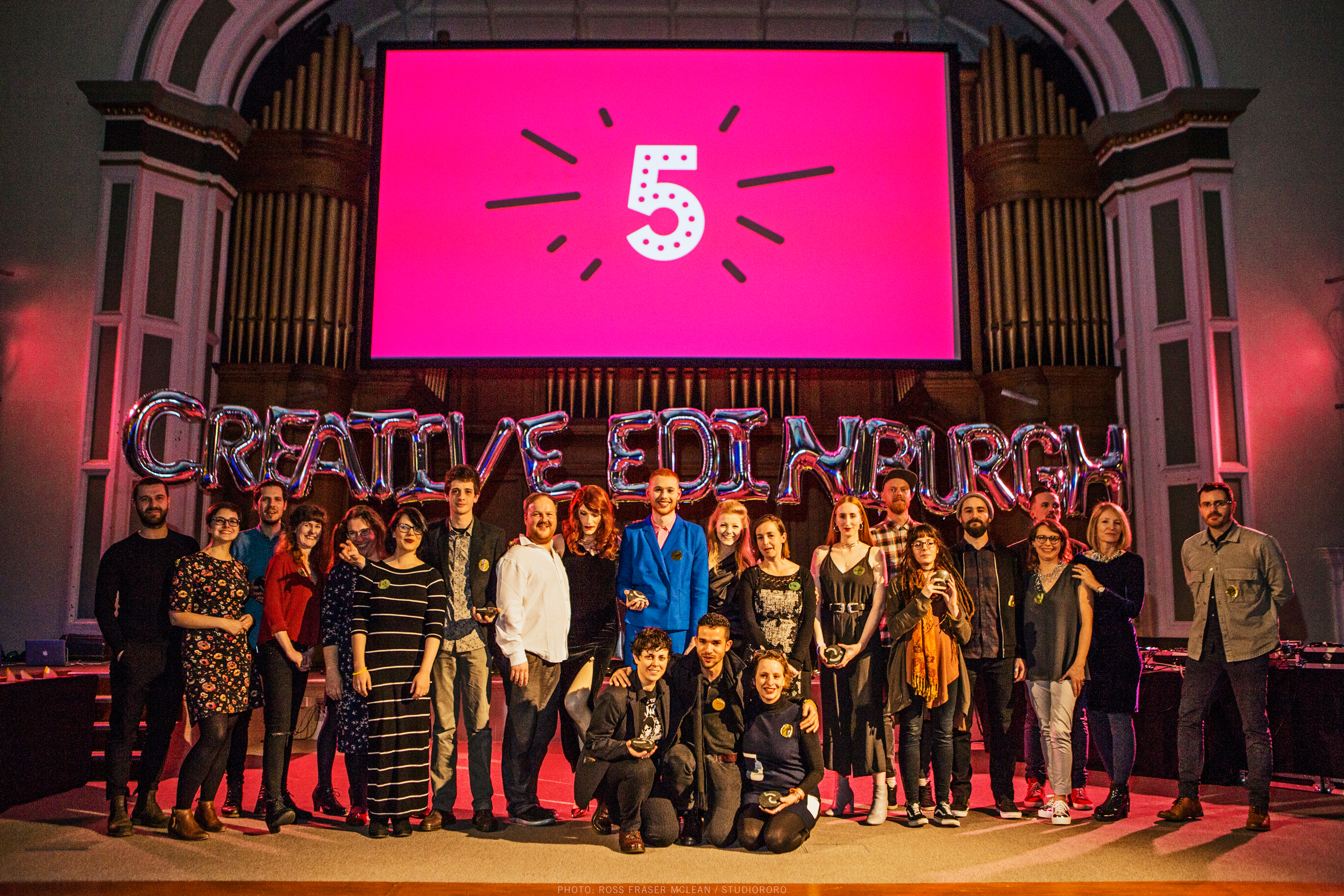 The winners at this year’s Creative Edinburgh awards were announced last night with Leith Late, Scottish £5 Banknote designers and Jupiter Artland among the winners.

A whole host of Edinburgh based artists, designers, musicians and other creatives got together in Tollcross Central Hall last night as part of Creative Edinburgh’s fifth annual awards ceremony and birthday celebration.

The event is the culmination of another year’s work by Creative Edinburgh, who say the the evening is about “highlighting innovative thinking, great ideas and work to be proud of, no matter how big or small”.

There were nine categories this year, with specially designed trophies sculpted from rock from Salisbury Crags presented for a range of creative works including a city-wide achievement, social impact and student works. Presenting the awards were artists Fi Milligan Rennie and digital businessman Mike McGrail.

The Bonnington House Sculpture Garden Jupiter Artland won the first award of the night, the City Award for promoting Edinburgh on a national and international level.

Nile & The People’s Money Team won the commercial award for the design of the new polymer Scottish £5 notes.

Creative Edinburgh is a city-wide network of people and organisations who work in the creative industries, that aims to bring together creatives from all disciplines for collaboration and support.

Speaking shortly after the awards were presented, Janine Matheson, Creative Edinburgh’s Director said: “It’s always great for us to get the opportunity to showcase all the creative things going on here in Edinburgh. There’ve been really amazing winners and we’re all chuffed to bits with the evening.”

Reflecting on the fifth anniversary of the organisation she helped found, Matheson said that it was really important to celebrate: “We’re still here and developing and changing and growing with our members.

“These artists and businesses mix creativity, culture and digital technology amazingly well and still manage to keep a strong sense of community. Really what’s not to like?”