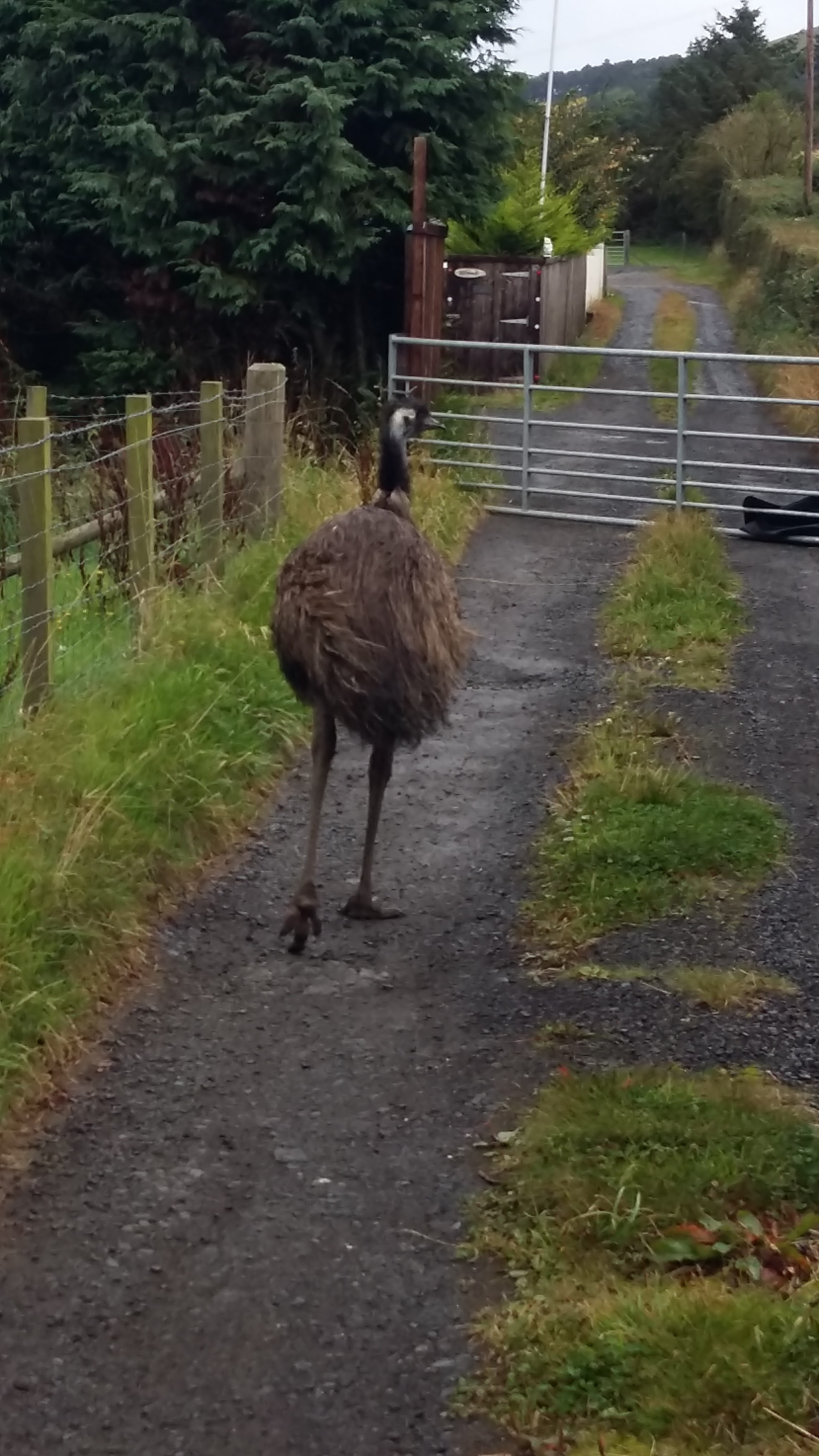 The Scottish SPCA rescued a stray emu that was on the loose in Edinburgh.

Scotland’s animal welfare charity was alerted on Wednesday (28 September) after a concerned member of the public spotted the bird in a field in the Loanhead area.

After a three and a half hour rescue attempt by Scottish SPCA officers, the emu was successfully returned to his paddock.

Animal rescue officer Stephanie Grant said, “The emu had managed to escape through a fence which we think had become faulty due to the recent bad weather in the area.

“He appeared friendly but he was nervous and a little wary of our presence.

“We tried to herd him back to the field where his female friends were by ushering him around half a mile through a series of fields near to his owner’s house.

“However, he wasn’t keen on going through the last gate and after several failed attempts, which consisted of four of us chasing him within 20 yards of the gate, we decided the best course of action was to cut the fence in the corner of the field and let him hop through it.

“We finally managed to guide him up the track to his paddock and opened the gate for him to go in.

“It took us a while but we couldn’t be happier that the emu is back where he belongs – and his lady friends seemed very happy to see him!”