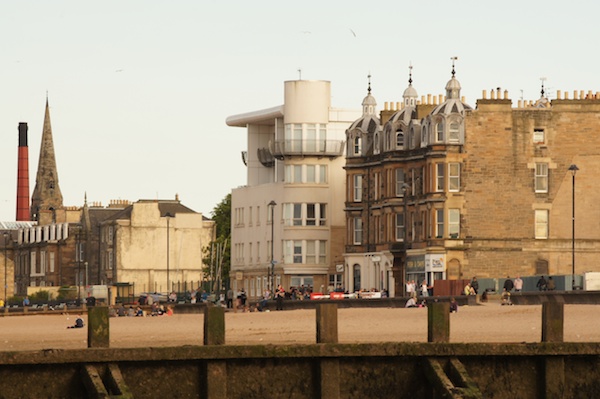 Film premieres to be held in Portobello’s historic cinema building

One of Portobello’s oldest cinemas is to sell tickets again for the first time in 100 years.

The old building, based on Portobello High Street, will throw open its doors to the public on the evening of 10 November 2016 when it hosts a special film premiere event promoting the work of an award-winning Edinburgh filmmaker.

The evening aims to raise funds to bring a teenager living in a care home in Malawi to Scotland to learn film production skills.

The Cinema Theatre in Portobello closed around 1919, but records show that it didn’t screen films after 1915 (presumably because it was on war service).  It will open its doors for one night only in November, to showcase the work of the award winning filmmaker Walid Salhab and premier his stunning stop-motion/time-lapse animation film which has been shown at international film festivals in Cannes, Cape Cod and Pennsylvania. It will be the first time that this film has been publicly screened in Edinburgh.

The event will include interviews with Walid, a media practice lecturer from Queen Margaret University, who filmed the five month build phase of the Kelpies in Falkirk. His film of the momentous equine structures was used to launch the Kelpies in New York and Scotland in 2014. Walid’s dynamic style of stop-motion/time-lapse filming has brought him to the attention of an international audience, particularly after the release of Kinetic Edinburgh II which has received over four million hits on You Tube and Vimeo.

The Portobello film event will include the screening of ‘Avaritia’, a live action animation which will include a live piano accompaniment. Walid will also be interviewed by Queen Margaret University’s Vice Principal and film expert, Dr Richard Butt, who will discuss his work, filming techniques and take questions from the audience.

Also premiered on the evening will be a film edited by two QMU students and shot by Sandra Ndale, a teenager living in a care home in Blantyre, Malawi. This moving film provides an insight into the needs for skills training in Malawi, where less than 1% of young people can access tertiary education. It aims to attract funders for a proposed Youth Skills Village Malawi to enable some of the poorest teenagers to learn skills that will help them into work which is sustainable. All proceeds from the Portobello film evening will be used to bring Sandra to Scotland to study media production with Walid Salhab for a semester. Sandra will subsequently return home  with film equipment donated by QMU which will enable her to make films for organisations in Malawi and generate income for the STEKA Youth Skills Village.

Dr Richard Butt, Vice Principal at Queen Margaret University’s said: “We know how important video is to organisations trying to communicate messages in a busy digital environment and QMU is delighted to be involved in helping STEKA to create a sustainable income route which builds on our media production expertise. We are grateful that the Baptist Church is pledging its support for the Malawi/QMU project by allowing its historic building to be used again as a cinema. The Church has retained all of its original seating and its cinema area is really atmospheric, so this is going to be an interesting creative event staged in a very unique local setting. ”

Andy Scarcliffe, the minister of Portobello Baptist Church where the old cinema is housed said:  “We at the Baptist church are excited, not only to use our building in the way that it once was used in its days as a cinema, but also to support such an excellent project working with young people in Malawi.”

Walid Salhab, said: “I’m thrilled to be using the venue for the screening and I’m delighted that the original score for the film will be played live on the night by Jennifer Austin who is a Portobello Resident.

“I’m looking forward to sharing Avaritia, some of my Kinetic Edinburgh films,  and The Kelpies, as well as providing a platform for our talented students to showcase their work.”

Tickets for the event which takes place from 7pm on Thursday November 10th are priced at just £8 and can be obtained from the Queen Margaret University Finance Services desk, Popeye’s and Cove in Portobello.