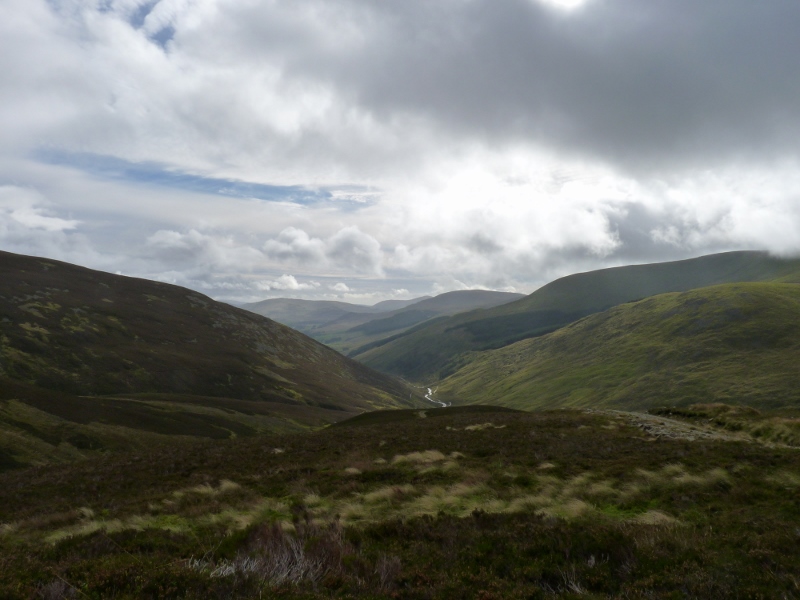 It was my last hill-walk of the season.  As we came down Carn an Righ (hill of the king) the dark clouds were closing in around us.  It was definitely autumn and the rolling Cairngorms had turned to a hundred shades of brown.  As I write, I hear the first storm of winter blowing about the house. There’s talk of 65mph gusts and heavy rainfall.

The independent Committee on Climate Change this week warned the Scottish government to take the threat of storm damage and flooding more seriously.  It came as the Queen visited the town of Ballater to find out how the residents there have been recovering from the flooding caused by Storm Frank last winter.

Average rainfall in Scotland is up 13 per cent compared with a century ago and the average temperature has risen 0.7 degrees.  Birds are migrating a fortnight later than 20 years ago because of the warmer climate.

And still we don’t quite believe it’s a problem. We persist in pumping more carbon into the atmosphere. On Tuesday, the first shale gas shipment from America arrived at the Ineos refinery at Grangemouth. The company has invested £1.6bn in a fleet of eight tanker ships to feed the refinery, now that the supply of gas piped in from the North Sea is drying up. The boss of Ineos Jim Ratcliffe wants Scotland to start fracking its own gas from the old coal fields but the Scottish government has said “No” pending the results of a “consultation” over the winter. This is likely to be the next big environmental battle.

Meanwhile on the other side of the country, the old Dalzell steel works in Motherwell belched back into action.  It was shut down by its owners Tata Steel last year because of the recession and cheap imports from China.  But it’s now been bought over by another Indian company Liberty House and has begun rolling steel plate and pipes again, thereby saving 120 jobs.  But you have to wonder if we can really reduce our carbon footprint by going back to our old oil and steel industries.

The glimmer of hope is that some of the Dalzell steel will be used to make wind turbines and some of the Grangemouth shale gas will go into making the various plastics and chemicals used in solar panels.  Perhaps we will even get wise enough to use the remaining North Sea oil and gas for manufacturing and not blow it all on heating and transport.

And by the way, there’s not that much North Sea oil left.  The latest report from the oil companies’ organisation, Oil and Gas UK, says exploration and investment in the North Sea is at “a record low”.  Already 120,000 jobs have been lost in the industry in the last two years.  Costs have been cut by 45 per cent – which shows how much waste there must have been – but still the oil price is too low to produce decent profits and tax revenues.

The SNP government suffered a rare defeat in the Scottish Parliament this week, a reminder of its mortality and that it is a minority administration.  The reawakening Labour Party managed to cobble together a motion, deploring the downgrading of some local hospital services, which the Conservatives, Greens and Liberal Democrats all supported.  The SNP ran away and abstained in what was, on both sides, a shameful pandering to local interests. It makes no sense to keep small hospital departments open when patients and the NHS budget are better served by a few specialised centres.

But we finally had something to feel good about this week. Our triumphant Olympians were given a hero’s welcome at a ceremony in Edinburgh on Wednesday. Over 50 Olympic and Paralympic stars were cheered by schoolchildren at the new sports centre at Heriot Watt University and later by the general public in Festival Square.  They’d brought home a record total of 30 medals. That was followed, also on Wednesday night, by a fine 3-3 performance by Celtic Football Club against the mighty Manchester City in the European Champions League.

Perhaps we’re not so bad at sport after all, or is it just a post-summer night’s dream ?