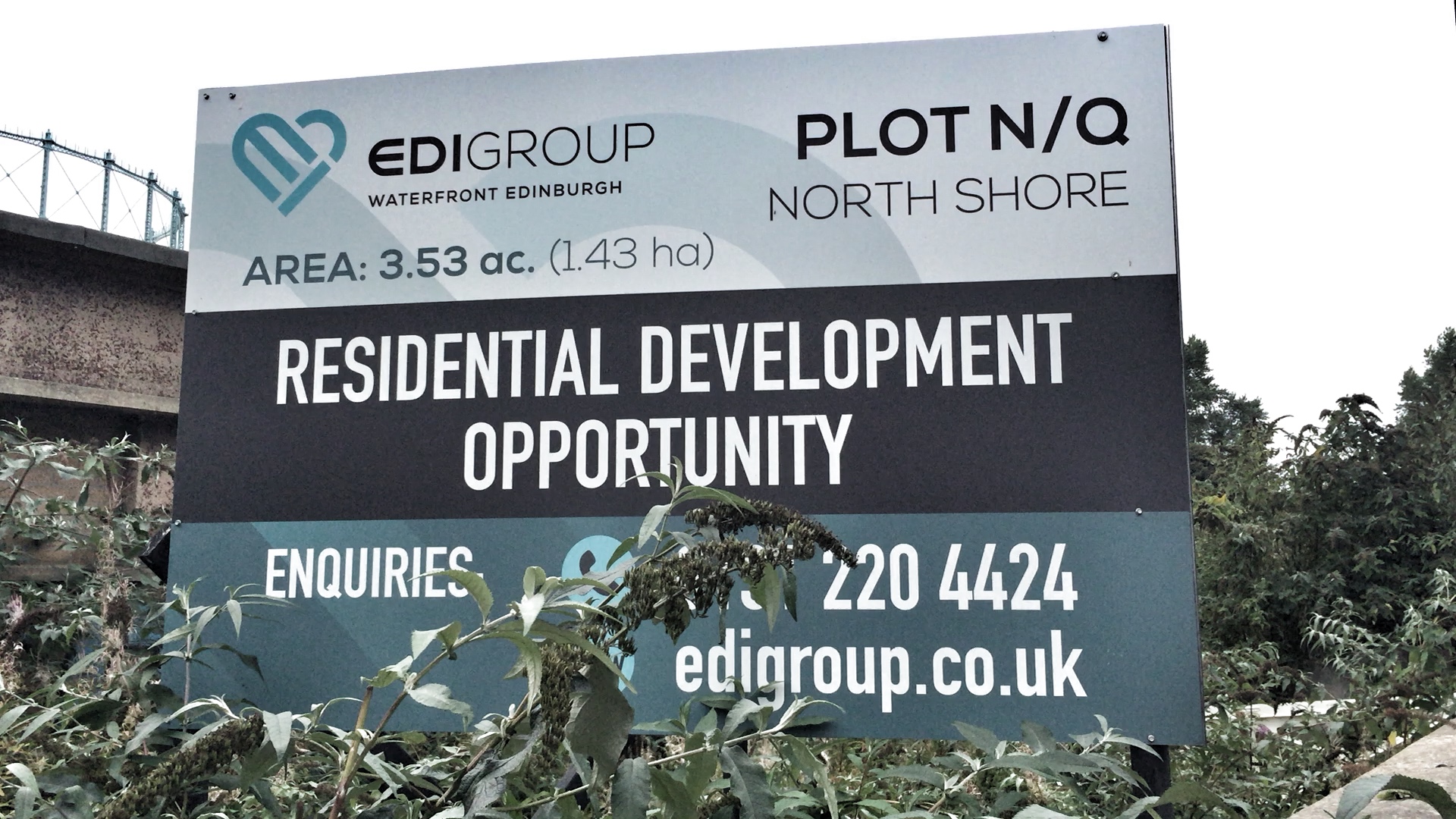 Think of the Granton gasometer, think of the sea, then imagine a new lido by the sea, some sea containers sunk into the hill beyond offering affordable workspaces and the walled garden in the midst which could become the site of a Garden Festival.

This has long been the dream of Granton Improvement Society led by local architect Ross McEwan of AiA. He explained that his background is in architecture and urban design when we spoke to him at the site to see for ourselves what the area looks like.

You can listen to the full podcast here :

Why a lido? Well McEwan explained that it would be a great idea to create a triathlon training centre here. There are apparently 13 triathlon groups in the city all needing somewhere to train so where better than a location by the sea with a custom made running and cycling track nearby.

The latest news is that the GIS had a meeting with EDI group and a decision has been made as to the future of the walled garden, but nobody knows yet what it is.

The Friends of Granton Castle Walled Garden also had the opportunity of presenting their plans to the EDI Group and have written about their presentation and plans here.

Deidre Brock MP wrote on her blog : “There are two community groups working hard to restore and safeguard this historic site, although both with different visons for its use.Friends of Granton Walled Garden have drawn up plans for it to be renovated and retained as Openspace within the new Granton Waterfront Masterplan – more about their ideas and campaign action here.

That campaign received a bit of a boost from the council this month, when the Petitions Committee agreed to submit their petition to the Economy Committee for consideration “with a recommendation that it supports the Friends of Granton Castle Walled Garden in their attempts to ensure the medieval walled garden is protected, accessible and well maintained.”

“There are fantastic ideas being put forward for its future use, and the fight continues. I hope that common ground can be found between all interested parties and this fascinating piece of environmental heritage can be restored as a community asset and green jewel of Granton.”

So there are three sets of proposals for the same piece of ground. Watch this space as we will tell you when we get any news!