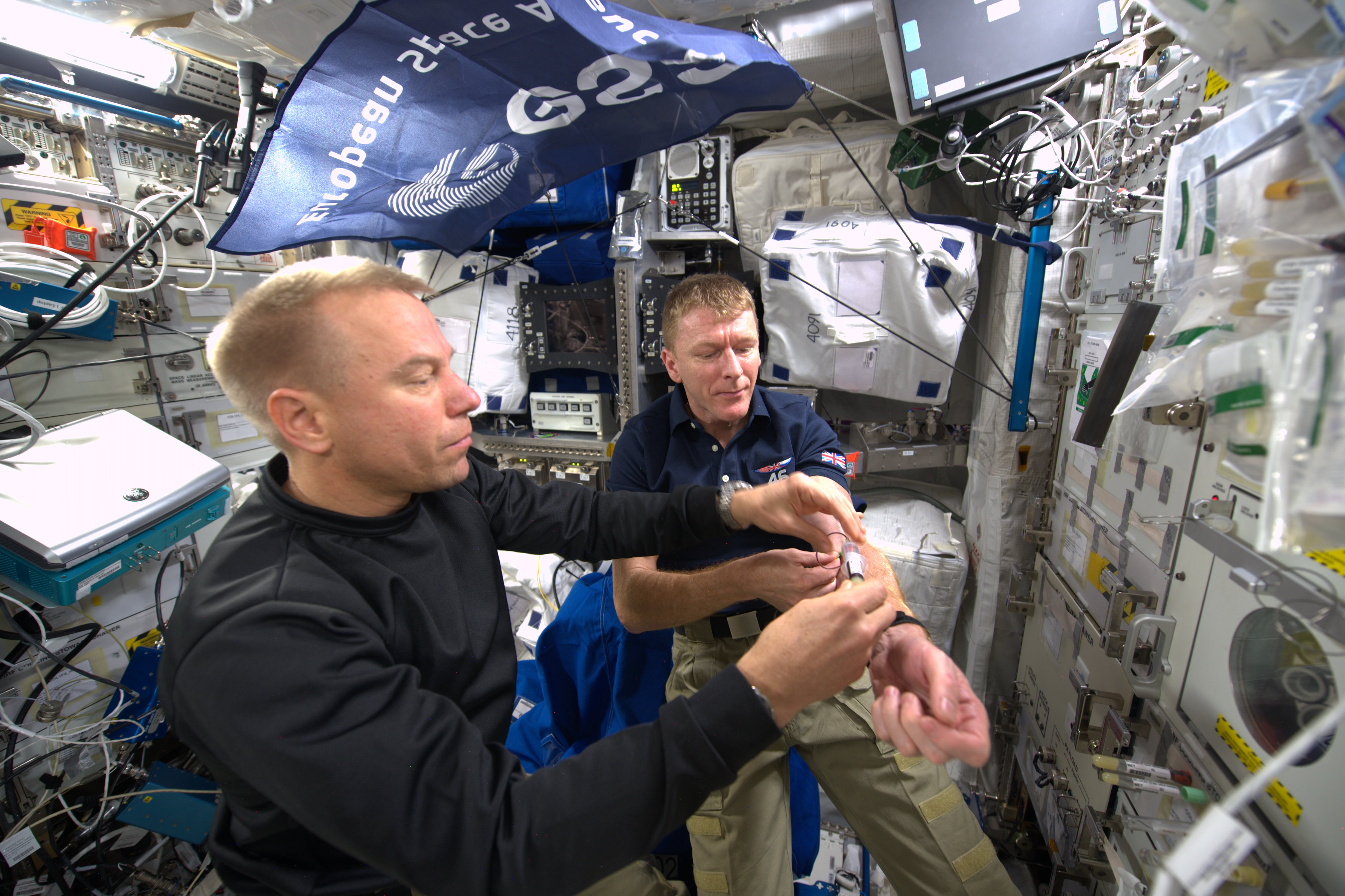 Edinburgh International Science Festival, in partnership with European Space Agency and UK Space Agency, presents Experiments in Space, an evening with astronauts Tim Peake and Tim Kopra at Edinburgh’s Usher Hall on 17 October at 6pm. Tickets for this once in a lifetime event are on sale on the Science Festival and Usher Hall websites.

Edinburgh International Science Festival’s mission is to inspire people of all ages to discover more about the world and beyond and aims to achieve it through producing not only one of the world’s biggest science festivals but also quality educational and accessible events throughout the year.

Simon Gage, the Director of the Edinburgh International Science Festival said: “I am thrilled to be welcoming Tim Peake and his NASA colleague Tim Kopra to Edinburgh and excited that the Edinburgh International Science Festival will be presenting their event in partnership with the European Space Agency and UK Space Agency at The Usher Hall. Our aim across all the work we do is to inspire people of all ages and backgrounds with the wonders of science and technology. We are delighted to support the UK Space Agency’s education and outreach programme that has made the Principia mission so captivating and so accessible to the British public.”

Experiments in Space is part of a UK-wide tour which sees Tim Peake visiting all four UK national capitals along with Leicester, Manchester and Glasgow with his crewmate Tim Kopra joining Tim for the visits to Edinburgh, Belfast and London.

Tim Peake is the first British European Space Agency astronaut, he spent over 6 months on board the International Space Station as part of the Principia mission after launching from Baikonur cosmodrome in Kazakhstan on 15 December 2015 – an event watched by over 15,000 people in the UK. The UK public followed the Principia mission with a lot of interest visible on not only on the mission’s website but also on social media – Tim now has over 1M followers on Twitter, making him the most followed ESA astronaut! As part of the Principia mission, the UK Space Agency invested over £3M in the biggest education and outreach initiative ever undertaken for an ESA astronaut with over a million young people having already taken part.

Tickets for Experiments in Space, £15/£12, available to buy from www.sciencefestival.co.uk or www.usherhall.co.uk from 10am on Monday, 3 October.