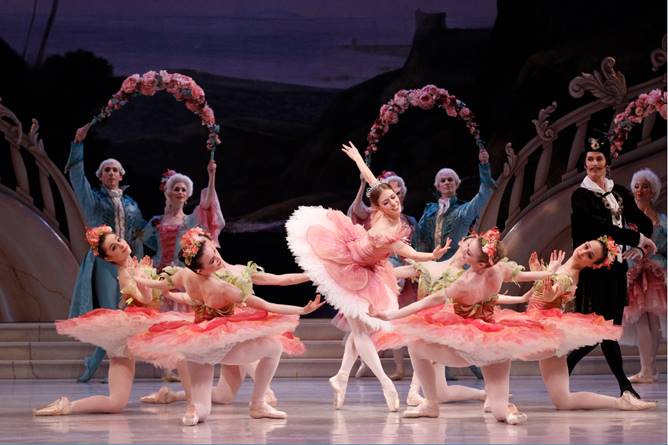 The Australian Ballet is to offer you a vibrant selection of ballet premieres starting from next month.

The Fairy Tale Series is brought to Edinburgh for the first time in a collaboration between Cinema Live and The Australian Ballet. The first screening of the world leading company’s productions takes place on 4 October 2016.

David McAllister, Artistic Director of  The Australian Ballet said: “It’s exciting to take our company and performances from the stage to the big screen and to reach audiences we may not have otherwise reached. This is an incredible opportunity to showcase Australia’s national ballet company.” The three famous productions: The Sleeping Beauty on 4 October 2016, Cinderella on 23 November 2016 and Coppelia on 19 April 2017 will be held at Edinburgh Omni Vue and Edinburgh Ocean Terminal Vue.

The premiere of The Sleeping Beauty on 4 October, coincides with the World Ballet Day celebrations. David McAllister’s version of The Sleeping Beauty is a classical retelling of the well-known fairy tale based on Marius Petipa’s ballet. The production stands out for its influential sets and costumes made by designer Gabriela Tylesova.

The second ballet of the series, Cinderella, is choreographed by Alexei Ratmansky, who is recognised as a master in modern story ballet. The final production is  Coppélia , a tale of magic and mischief.

The Australian Ballet is a one of the world’s premier ballet companies and has performed in 87 cities worldwide, including New York, Shanghai, Tokyo, London and Paris. The company has been in existence for more than 50 years and it is best-known for showing classical ballet productions as well as contemporary ones.

The screening of the three ballets is an example of the digitalisation of art, which pushes the boundaries of stage performance.

It creates a whole new world of stage performing which is easily accessible and affordable right there in your local cinema.